Recently we got chance to attend a preview screening of a film (Despicable Me2) and whilst we were in Hollywood we looked for somewhere to grab lunch and wouldn’t luck have it but we were right next to Doomies! Incase you don’t know Doomies is a vegan restaurant at 1253 Vine St, Hollywood, CA 90038. We attended a fund raising event for them when they had a fire and were glad to see them reopened and serving the delicious vegan junk food! Yup Vegan Junk Food! 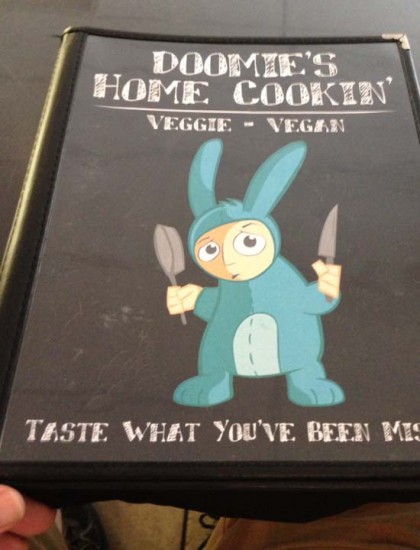 I love their little rabbit suited man mascot! Cute! The place is cozy and when we went (Sunday lunch) there were about 1/2 full. I imagine this place is BUSY in the week and evenings. Bob took this panoramic shot with his iPhone and it really shows the place well. Love the red walls! Be advised they are CASH ONLY!

When we attended the fundraiser a few years ago it was buffet style so having ALL the menu to choose from being vegan was awesome… but so much choice! I decided to go totally off my diet with a cheat meal, and even ate wheat!!! Our choices for the day are as follows, remember ALL of these photos are of VEGAN food!

Chicken Fingers panko chicken tenders served with our vegan ranch or bbq sauce. – OMG these were AWESOME. I could eat a plate of JUST these!!! The vegan ranch was delicious and really made me want to make my own ranch dressing! 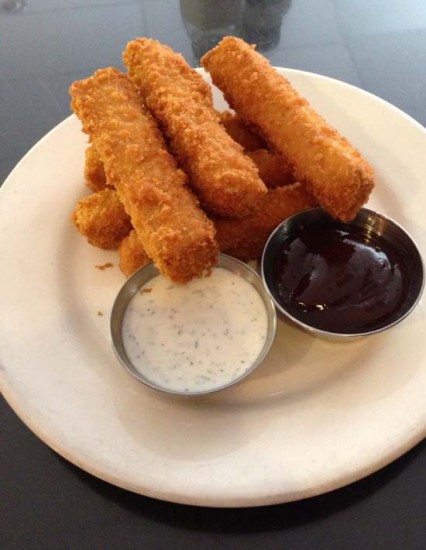 Philly Cheesesteak strips of beef, smothered in cheese, piled with grilled onions, peppers & mushrooms, your choice of vegan or real cheese. – Obviously I  chose the vegan cheese, the good thing is unless you specify ‘real’ cheese the vegan cheese is the default, and it was GOOD vegan cheese! No idea if this was Daiya cheese ore not but this philly cheesesteak was the BOMB! Yep I ate the fries 😉 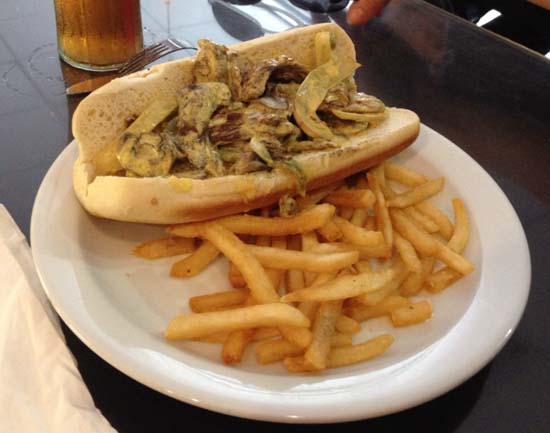 The Western topped with bacon, onion rings, bbq sauce and your choice of vegan or real cheese, and Bob added sauteed mushrooms. Now Bob and I have a ‘thing’ that when trying new places whenever possible we will swap half/half. So that meant I ate 1/t the philly cheesesteak and 1/2 the western burger. I have to say that the Philly Cheesesteak was my favorite, the western was too smoky for my tastes. 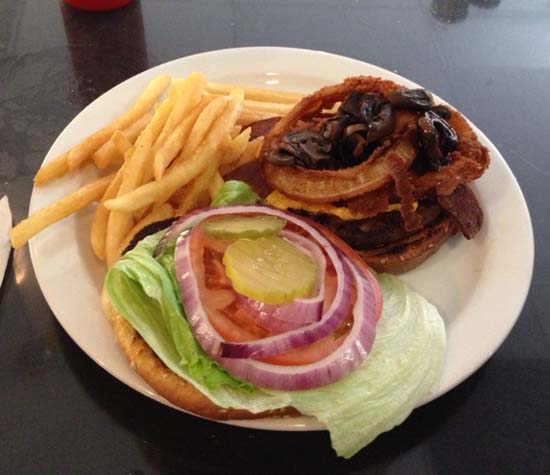 We opted not to  have dessert instead we took 2 croissants and a piece of the red velvet cake to do and voila – dinner! 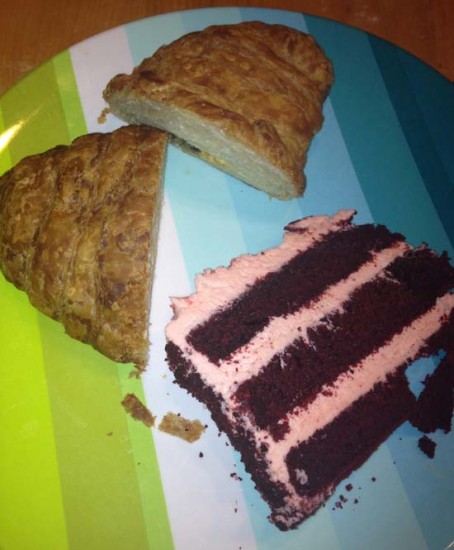 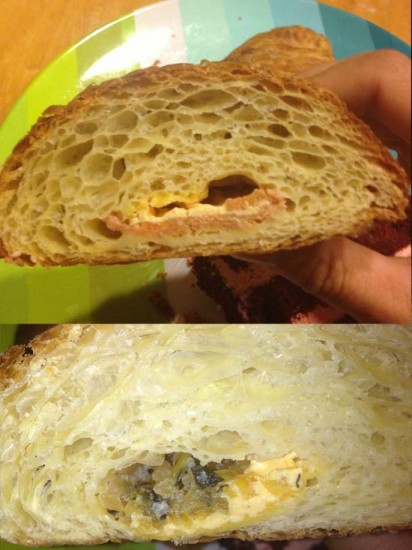 All this was made up by the cake! The delicious cake!!!! I would say this cake is easily on a par with the Follow Your Heart Chocolate Raspberry cake… almost! FYH cake is 10/10 and Doomies a 9.5 for me.

All in all I’d definitely eat at Doomies again, however this was the first day in a LONG time where I ate wheat. A LOT of wheat. Almost all meat substitutes have wheat in them and I ate the rolls, the croissants, the cake… Let’s just say you did NOT want to be me that Sunday as I dealt with the bloating. I learned a LOT that day, mostly that I am definitely sensitive to wheat and it’s to the point of being painful 🙁 Thankfully Doomies has gluten free options that I’ll be choosing in future.

One thing though… this isn’t something I’d eat regularly. This was a treat for us. Junk food is still junk food, it’s still processed and still not great for you. So be mindful of that when you are eating out!