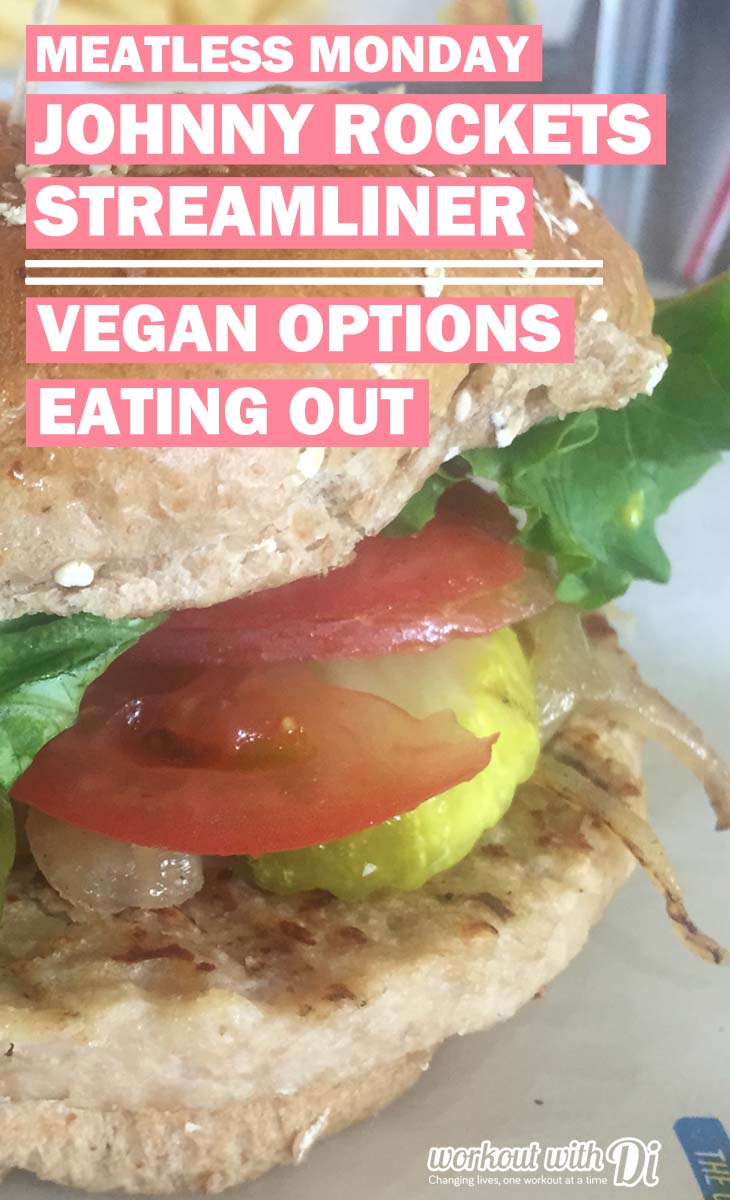 Yesterday morning we went to an advanced screening of PAN. Being Bafta members has perks and advanced screenings are one of them (along with parties, plus some pretty freakin’ awesome Q&A events!). Anyways PAN was great, I really enjoyed it and Hugh Jackman was so good as BlackBeard! The movie was screened at the Chinese Theatre in Los Angeles at 10am which meant when we got out 2 hours later we were starving hungry. In that area of Los Angeles there are a few vegan options but in that area of Hollywood it’s slim pickings so I’m gonna share what we ate for lunch yesterday… at Johnny Rockets a classic American burger joint. 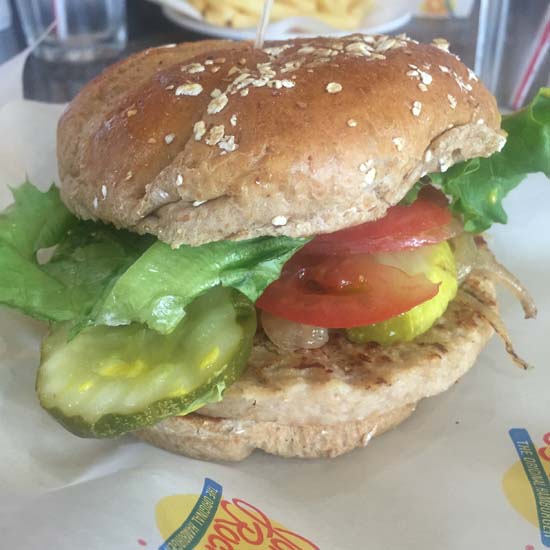 It’s marketed as: Our award winning meat-free hamburger features Boca® Burger, grilled onions, shredded lettuce, fresh tomato, pickles & mustard. The burger was cooked just right, and the bun is whole wheat which, I found out today via their website, does have honey in it which makes it non-vegan. They do have a split top potato bun that has no honey though so you could substitute that I guess. I don’t usually worry too much about honey but… next time! The burger was great and very tasty. At Johnny Rockets the fries come as extra so obviously we both got fries… what’s a burger without fries? 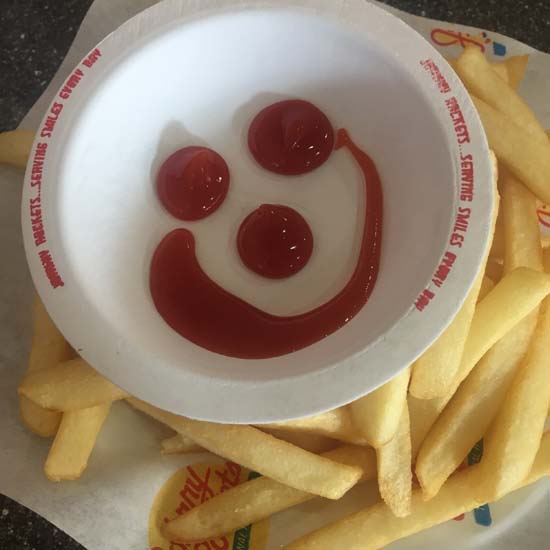 Yep this is how they come. With a smiley ketchup dish. Honestly in hindsight we could have had one portion of fries between us, but I was feeling hungry. My point is, there are a lot of fries. They were hot though and I ended up with a sore tongue because I was impatient and wanted to chow down.

I have to say that the burger tasted better than Red Robin Boca Burger, but the Red Robin fries are better, ok not better, just different. Classic American style at Johnny Rockets. Both equally tasty though. Eating vegan is NOT a chore, it’s a conscious choice but you can still pig out on fast food at your favorite restaurants and not feel deprived. Over the weekend I ate out at Natural Cafe, Veggie Grill and Johnny Rockets. Yep I had a crazy weekend! But it was all meatless.

Do you choose vegan options when dining out? If so: what’s your favorite vegan burger joint?