Many of you will no doubt know that we took a couple of weeks vacation in November 2014 to visit family and friends and while fun it was my first time going back ‘home’ as a vegan. While they cater everywhere for vegetarians, it seems vegan options are less available in the UK, or I’m spoiled here in  California! Anyways before we left I did lots of research on vegan options and got a lot of help from friends on vegan facebook groups. The town we’re from in England doesn’t have any vegan/vegetarian only restaurants for dinner, just two little places one of which is a tea room (tiffin anyone?). So yeah, I had to do some research bigtime! 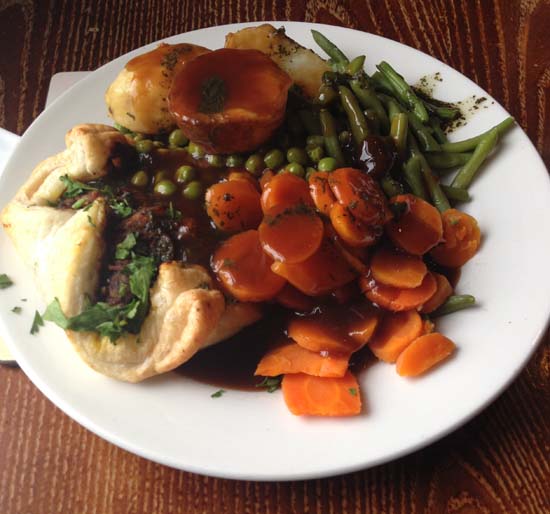 One place I found very helpful was Peta’s blog for vegan options at chain restaurants. Really though it’s more helpful to look at the restaurants website, as most of the UK ones put all the info on their website now. To be specific you are looking for “allergy information”. Many of the UK sites have full details of what items contain dairy, or eggs, and they are usually obvious if they have meat in them. One place I liked was Toby Carvery. Their Nut Roast Wellington was vegan and all you can eat veggies! 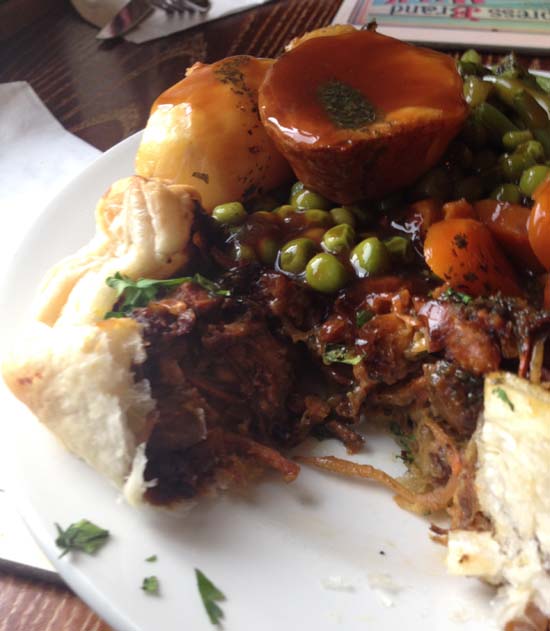 We also went to another carvery, Bartlewood Lodge, a crown carvery and they had the same dish. However for a change we opted to just have the meatless carvery with just the veggies and that was also delicious… and cheap 😉  Another cheap option was Subway. Not somewhere I’d go in the US but in the UK when you need a quick bite, I’d prefer Subway over a chip shop! This is the Veggie Delite – without the cheese. I actually started to get the footlong rather than the 6″ because it was so few calories without the cheese too! Give me more veggies anyday! 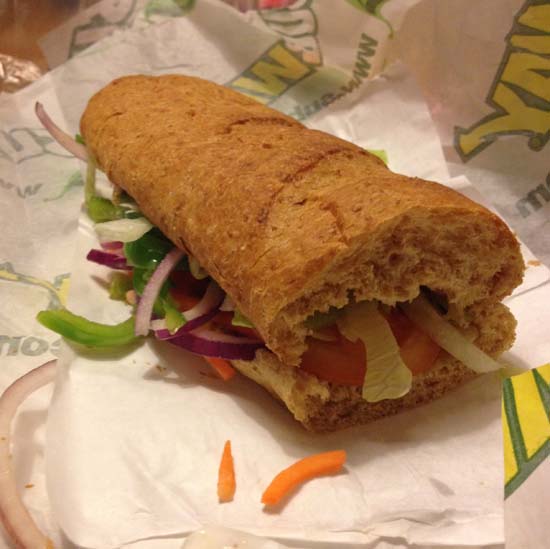 With my husband though, a visit to the chip shop is inevitable and we had one nearby that did more than your usual fried foods, but had some veggie stir fries too. This was VERY garlicky though, which I didn’t mind but I’m sure other people we’re thinking WTF??? 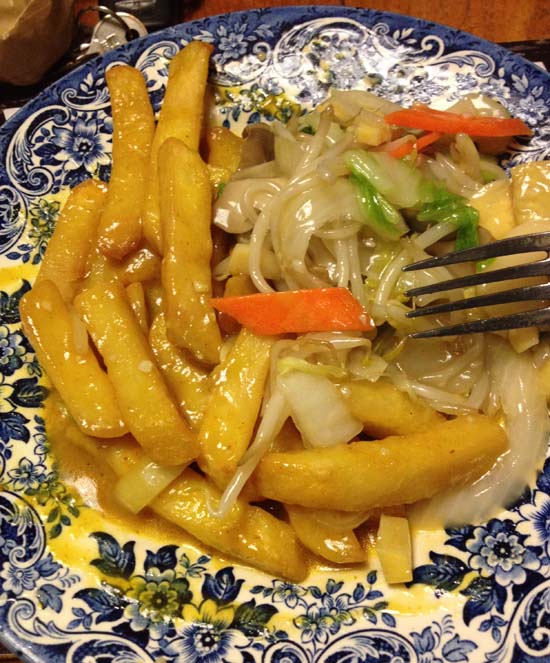 One place that struggled with vegan foods was regular pubs. The place we used to go to as vegetarians had ONE vegan option which was a curry and no offense but if I’m going to eat a curry then I’m going to an Indian restaurant (which we had an awesome one nearby with HUGE buffet as that’s all they do). The Tap in Derby had this pasta dish which without the goat cheese was vegan and excellent. 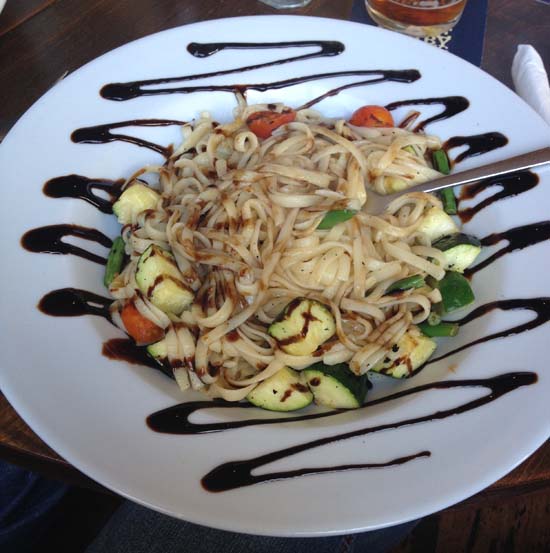 Obviously dessert is something you HAVE to get when on vacation so I made a point of trying out some of the vegan options in the supermarkets. One of which was vegan chocolate from ASDA. They had a few options, and I liked it, Bob hated it. Again though it’s been 18 months since I had dairy so my tastes have changed…. I thought these were great!

Bob did think of me when he went to Sainsbury’s though and picked me up these Jam Tarts, cruelty free! Another “free from” range, no eggs, no dairy, no lard or other animal products. I demolished the pack of 6 all by myself too! Not in one sitting though, lol! 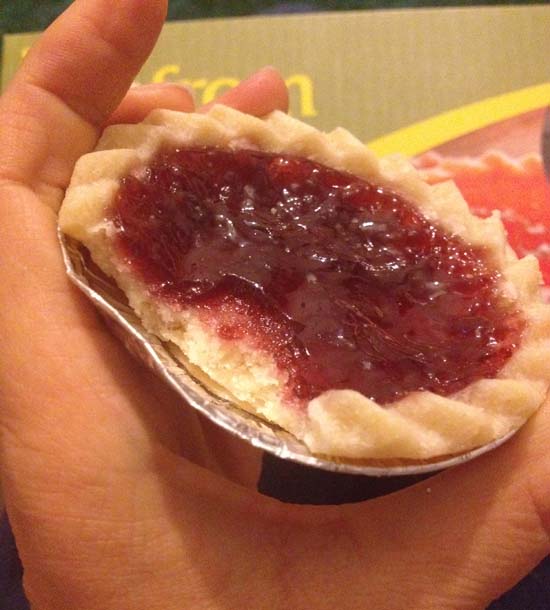 As I mentioned Derby has a little vegan tea room (in the market hall) called “The Cake Hole” and it’s so quaint. All the cakes are vegan and we had the lemon coconut cake. Honestly, the cake was a little dry. My friend Jan makes absolutely to die for vegan cupcakes and they need to be selling her cakes there… Naturally I ate this piece though… and Bobs leftovers too 😉 Never waste cake! 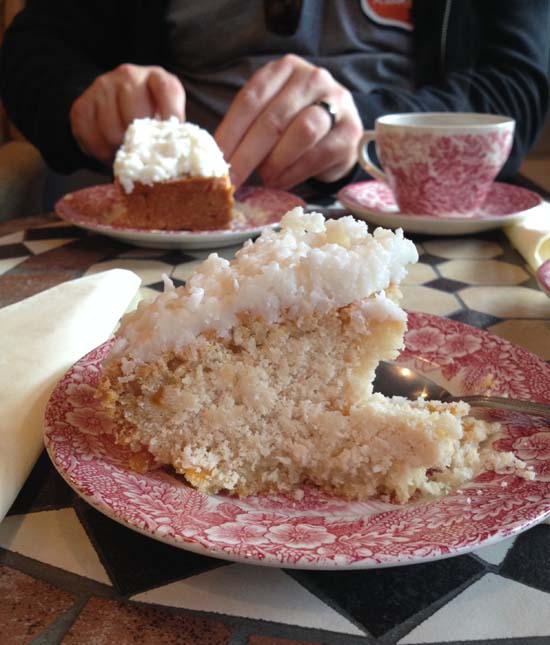 Obviously we ate at other places, notably the Indian buffet restaurant and several visits to the Carvery. In all a successful first time to the UK as a vegan. I am struck by how there is so little choice though for vegans, when they are so into catering for vegetarians. Maybe things will slowly progress like they have here in the US, at least where I am in California.