For the last seven years we’ve vacationed in England, visiting family and friends. The last three times we’ve opted to split our time between our home city of Derby, and London. Who can resist the sights and sounds of a big city? Especially when the vegan food in London is so varied and amazing! In a previous post I shared all the vegan food we ate in Derby, so today it’s London’s turn! 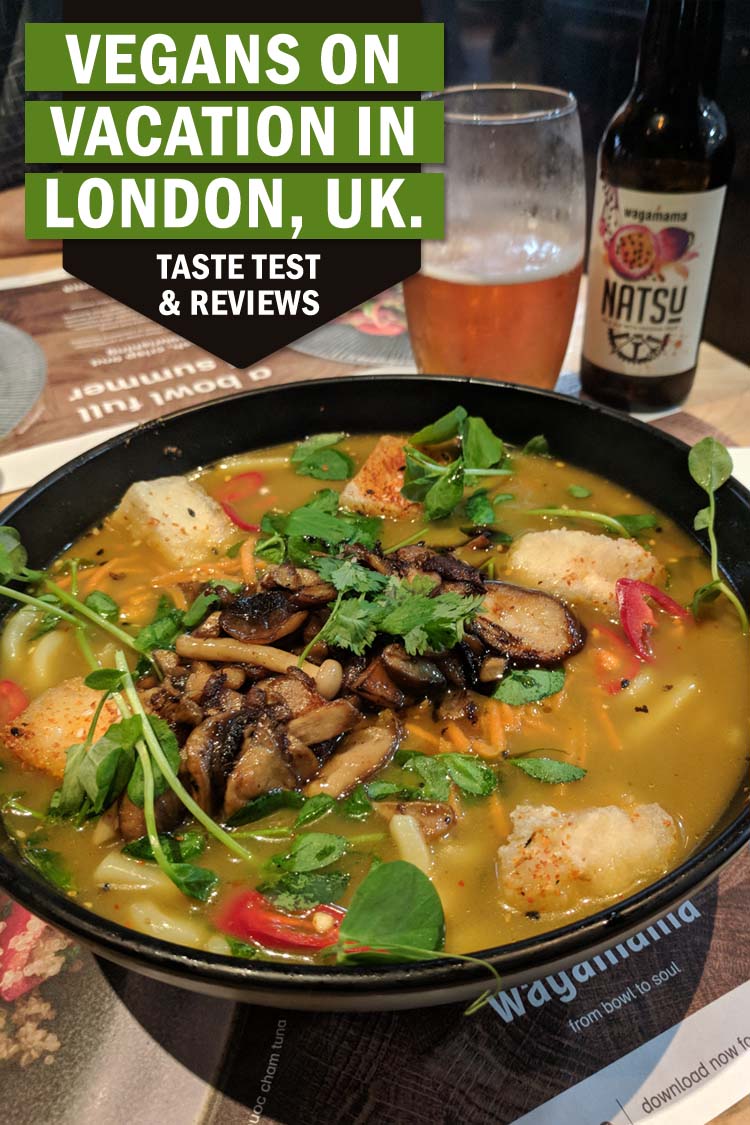 First I want to say a BIG thanks to Bob who had done some research before our trip this year and found a couple of great new places for us to try. A few of these we’re favorites from previous visits, revisited. However new places are popping up all the time, and more mainstream restaurants are offering vegan menu items. In the Derby post I share some pubs and restaurants that have vegan option so make sure to check that out! There are so many places to get vegan food in London. Big city life is good for Vegans!

As we’d already tried Wagamamas in Derby we were eager to try it again and found one near our apartment, on the opposite side of Kensington Gardens. Located in an old victorian building the decor inside is a stark contrast to the exterior. Bob had the Yasai katsu curry and I had the Kare Burosu: shichimi coated silken tofu and grilled mixed mushrooms on a bed of udon noodles within a curried vegetable broth. Finished with pea shoots, carrot, chilli and coriander. It’s a hearty meal and perfect for gloomy grey weather that’s prone to happen in the UK. I thoroughly enjoyed the broth and all the veggies. Definitely packs some heat too! With so many Wagamama locations it’s easy to find vegan food in London, and throughout the UK.

When we booked our VRBO in Bayswater (North of Hyde Park) the first thing we did is search for vegan food in london around our flat. Would you believe there is a Vegan French Patisserie on the same street? Cafe Forty One is set inside La Suite West and offers vegan afternoon tea! We couldn’t resist and booked a table before we even left the USA! 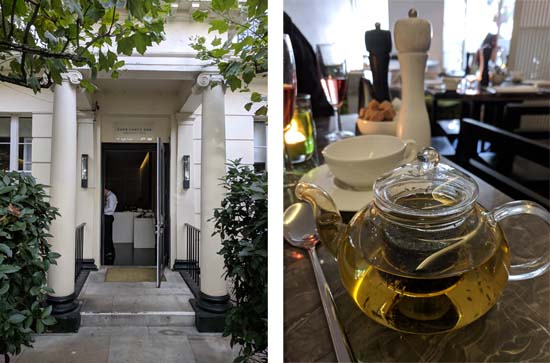 Starting with some non-alcoholic fizz, we were off and rolling. They offer a wide range of tea and coffee. I opted for peppermint, and absolutely loved the clear teapot. That’s actually something I’ve missed in the USA, teapots! The food came on a beautiful glass cake stand, and boy what an assortment! On the bottom was a selection of gourmet sandwiches. The middle tier held some of the most delicate and delicious french patisseries including pineapple cake, and meringue. 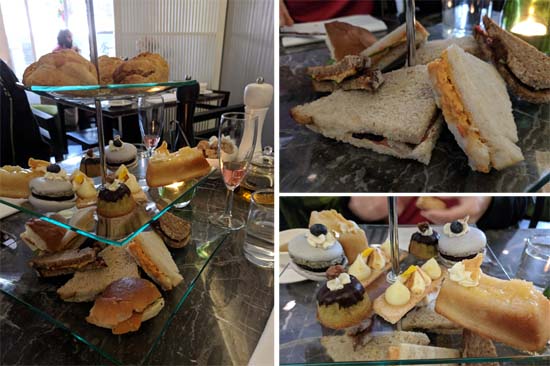 The top tier was a firm favorite with both of us as it had  plain and raisin scones. Accompanied with homemade berry compote, vegan honey and clotted “cream”. Seriously so delicious! It’s pricey, but if you’re vegan or looking for a special treat, Cafe Forty One is worth a visit. 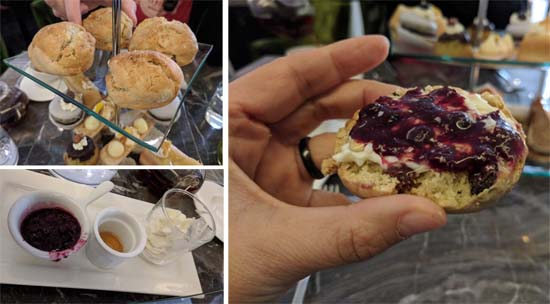 In 2017 on a google search for Vegan food in London, I happened upon Norman’s Coach & Horses. London’s first vegetarian and vegan pub! No brainer, we HAD to go try it. From the exterior it looks just like any other London Pub, even the inside is deceivingly “normal”. Including a couple of pub cats chilling on the chairs. It’s not until you look at the menu that you realize that it’s cruelty free! 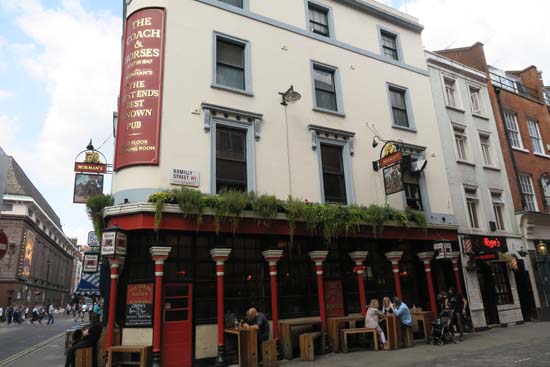 They have a few veganized pub favorites on the menu but what caught our eye is their famous signature dish, Tofush and Chips. It’s tofu wrapped in seaweed, marinated in lemon and battered in a vegan beer batter served with peas, chips and vegan tartar sauce. Hearty, delicious, and well worth the trip if you’re in the heart of London. 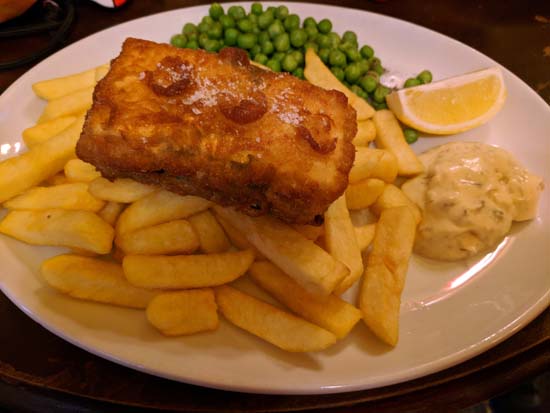 Bob had a list of places he wanted to visit in London and all of them were food related. One that he found on instagram was What the Pitta in Camden. I have to say when it comes to finding good vegan food in London, my hubby is the best! This small vegan restaurant was great. We had the Doner & Chips box, with the Turkish Pizza (lamacun). So tasty! We sat at the window and the selfie lighting was A-MAZING. 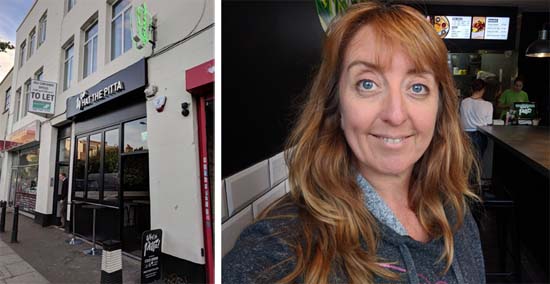 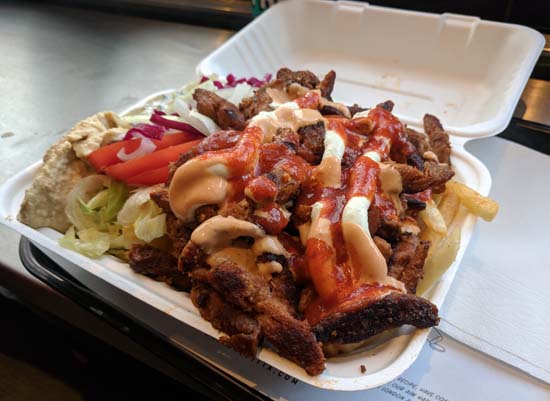 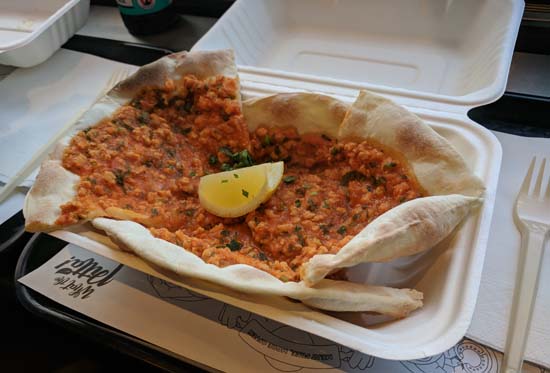 Another favorite from 2017 was 222 Vegan Cuisine. We are fond of their delicious vegan lunch buffet. Everything is 100% vegan and nothing is ever deep fried or microwaved. Safe in the knowledge that it’s all good healthy plant based foods we fill up on that buffet! Seriously good food, well worth a stop by, and definitely try the buffet lunch. 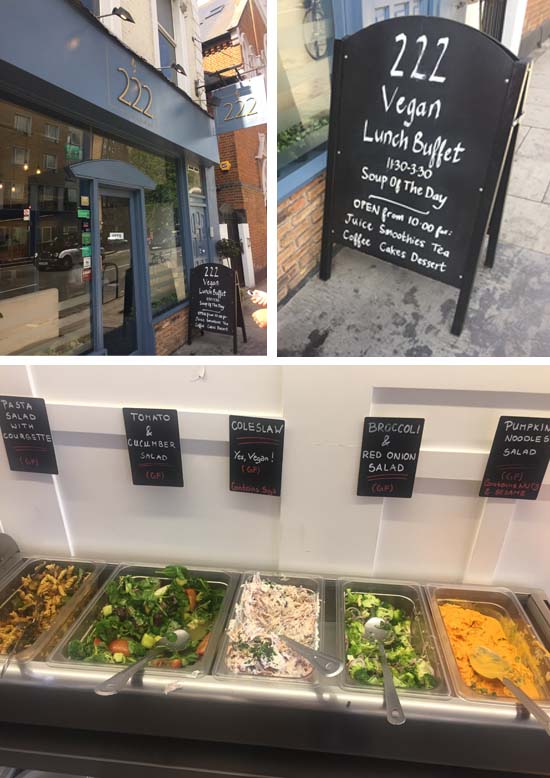 Another place Bob found on his vegan food in London search was Mildred’s. After seeing their food on instragram I was drooling to try it. We started with beers (naturally) and hummus with pitta. The Black Isle Goldeneye was the BEST beer we had the whole trip. As craft beer connoisseurs that’s no simple statement! 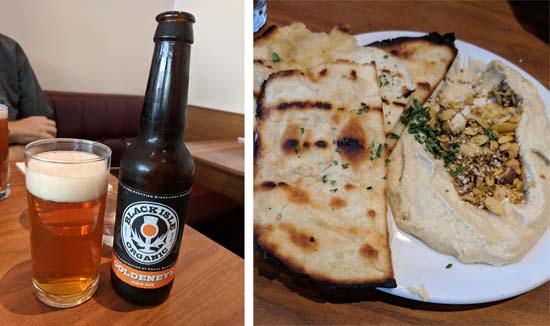 Bob opted for the wood roasted mushroom and ale pie, with minted mushy peas, and fries. As always we sample a little of each others meals and this pie was super tasty. Initially thought it was going to be similar to one we’d tried from Waitrose but this was way nicer! 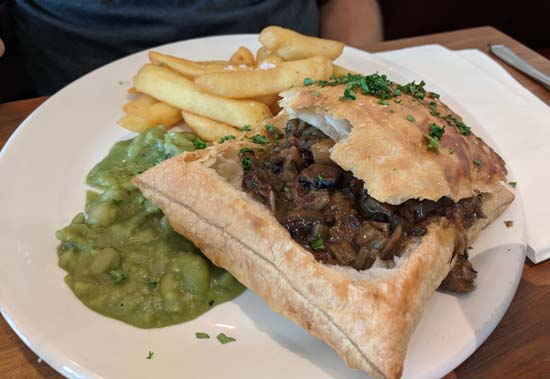 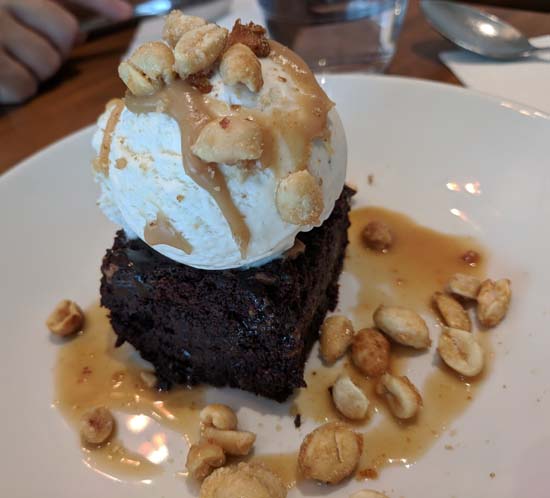 I swear Bob did all the legwork this trip, another amazing find of his was Battered in Ely’s yard. If you’re craving good old fashioned fried chip shop food this place is heaven! I had the “classic” line up of Vish, chips, mushy peas and homemade tartare sauce! Bob opted for battered pie and chips. Yes, battered pie! It was all amazing. Thankfully we’d walked a heck of a lot on our trip to balance out the calories! Well worth it though because this was deep fried heaven. 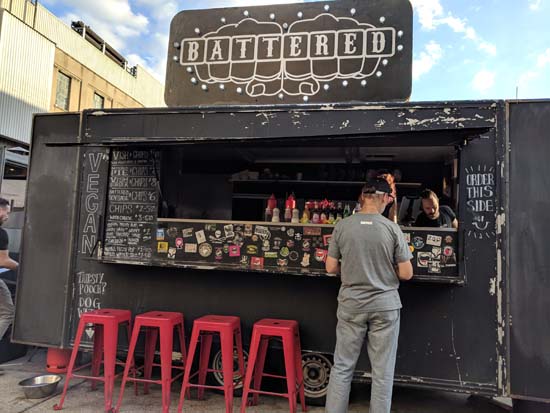 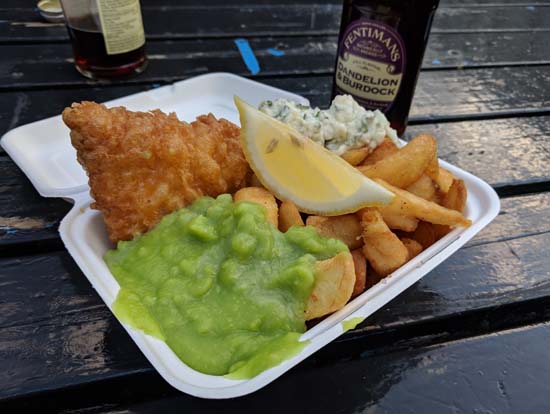 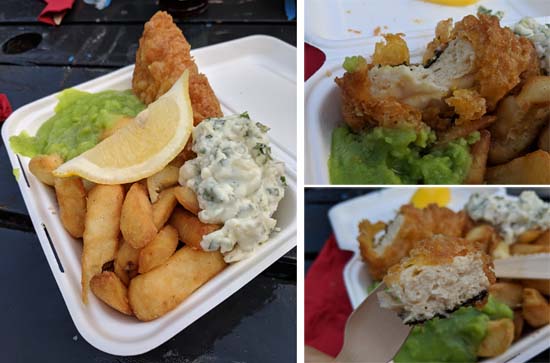 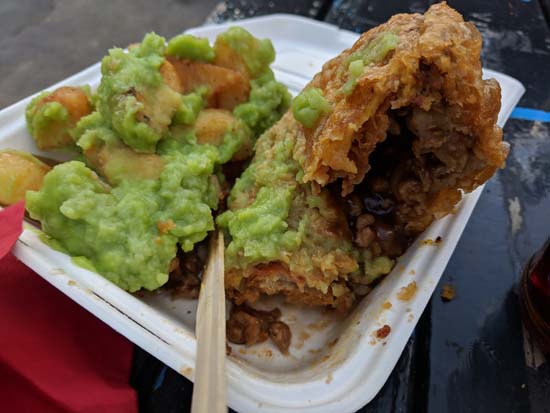 Another firm favorite from our 2017 trip is the Greenwich Market vegan/Brazilian churro  stall. Imagine a Disney churro, filled with chocolate sauce. Sweet treat on our final day in London. Highly recommend these. Especially for churro lovers, or anyone with a donut craving.

So that about wraps up our favorite places to eat vegan food in London. Not an extensive list by any amounts but we ate in the flat to offset the all the delicious vegan meals out. Otherwise we’d have easily put on weight during the trip! Seriously, whatever you are craving it’s so easy to eat vegan food in London. Highly recommend trying out some of the places and food options.