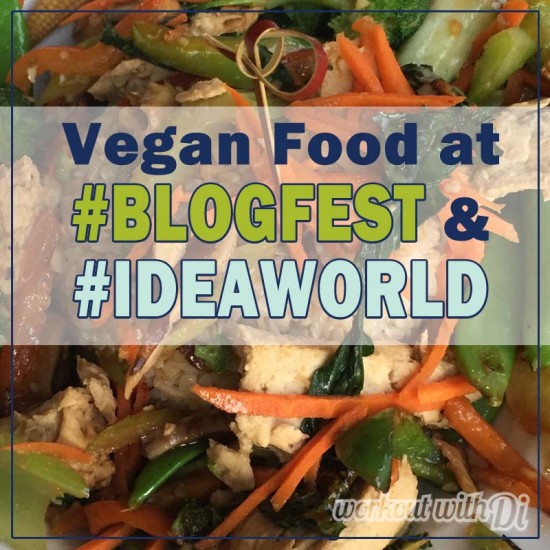 Disclosure: It’s always my policy to make you aware that some links contained in this blog post may be affiliate links, meaning I earn a small commision on each purchase. Giving you the heads up because I keep it real 🙂

So I’m back from Blogfest, Idea World, and Zumba training. It’s been a strange five days and I will recap the convention days, plus the Zumba training but today I wanted to recap some of the delicious plant based food I ate during blogfest and Idea World. Honestly it’s always tough for me traveling as I don’t like being off my diet plan but I accept that when traveling you have to make concessions and give yourself a little leeway. Last week when I went grocery shopping I got some snacks to see me through the days, plus some breakfast items. Breakfast was included in my hotel stay but I had early mornings and the breakfast room didn’t open till 6.30am and it just wasn’t early enough for my schedule. So I took some muesli and So Delicious Almond Milk for breakfast plus a Quaker supergrains oatmeal pot, which I just needed to add hot water to. So on with the other food. 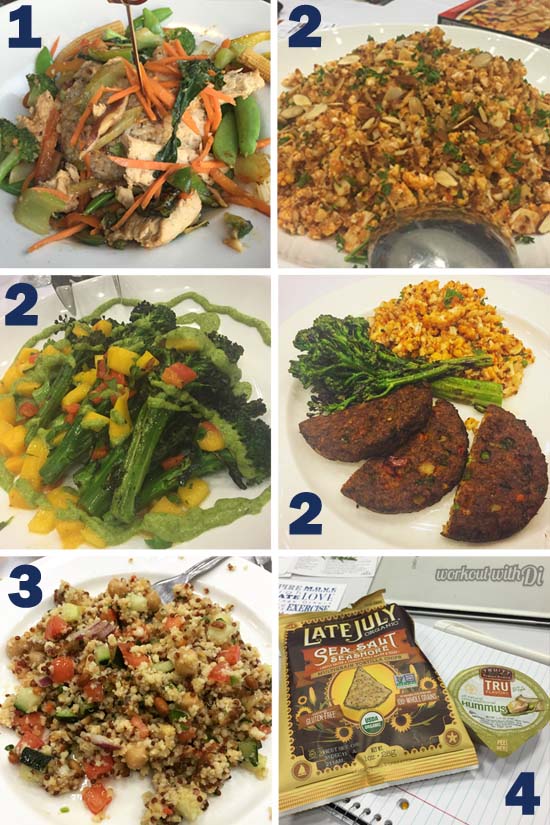 Wednesday I had Zumba training, and from previous experience I figured we wouldn’t get long for lunch so I picked up a Subway veggie delite (minus the cheese but with guacamole) in the morning. Subway was literally two doors away from my hotel so I LOVED that. I get extra veggies, always load up on veggies where you can. 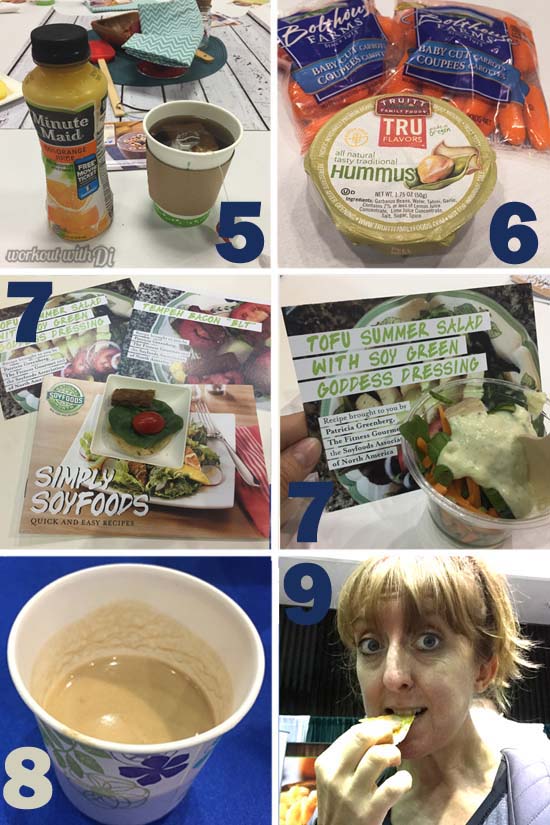 Thursday night was the IDEA WORLD urban party and the only vegan offerings I found was just salad. Thankfully I had the foresight to bring some McDougall’s Right Foods Pots with me so I could just add hot water. I took: Vegan Lentil Couscous Soup, Thai Peanut Noodle, and Masala Lentil Pilaf. Again not something I would eat normally due to the sodium content, but travelling means you make allowances. I took them ‘just in case’ and they certainly did help and tasted great too!

All in all I had a great time sampling some tasty vegan foods, some new foods, and got lots of ideas to try new recipes, and veganize existing ones. Plus I met a few fellow vegans at the blogfest lunches!

Are you taking the “veg of allegiance”?

Have you tried the guacamole at Subway?

Eco friendly skincare with My Konjac Sponge
Next Post: 5 Tips for doing yoga while traveling