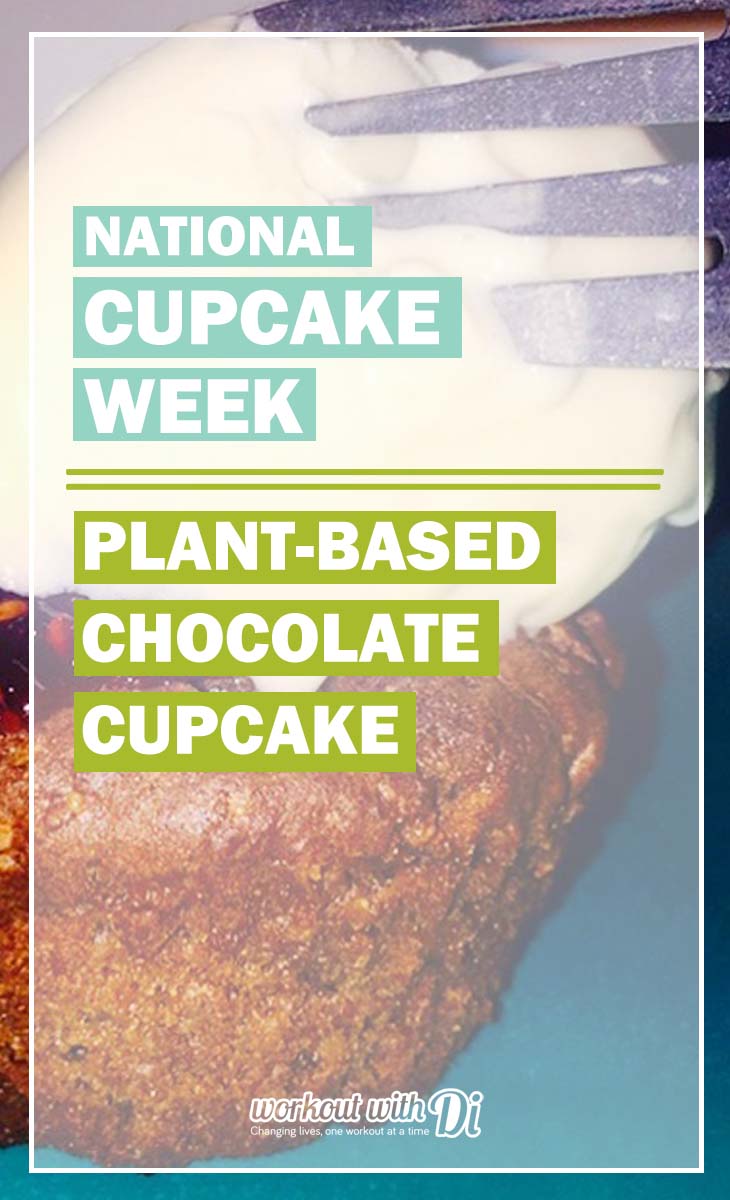 Confession: I’ve never really had a sweet tooth. It seemed like a waste to me that people would eat dessert at the expense of not eating all of their entree. In fact I’m the person that loads up on extra potatoes and veggies rather than have a dessert. True that’s because most of the time the dessert isn’t vegan but even when it is I have to be ‘in the mood’. Like recently when I started experimenting with Aquafaba.

I know right… aquawhata? Aquafaba. Technically it’s the juice from a can of chickpeas, the stuff you usually throw away! Well turns out it’s a great egg replacer which is taking the plant-based world by STORM because it’s vegan, and it works pretty much like egg whites in recipes. You can use it to make meringues, macaroons, and more… including cupcakes! I admit my foray into vegan baking has been short lived mostly due to the disappointment because it’s been tough to make things look right and taste good without using animal products. It’s too easy to get discouraged sometimes. I used the Ener-G egg replacer but honestly it just didn’t work as well. Could this aquafaba really be as good as they say?

Last weekend we had homemade tostada salad which meant black beans. I’d read that ANY bean juice would work (not just chick peas) so I was eager to try this aquafaba out and decided to make some vegan aquafaba chocolate cupcakes. I figured the chocolate would mask the color and any remaining taste of the black beans, think of them more as vegan aquafaba chocolate brownie cupcakes…. they were awesome! I made 6 and we ate them all that first night…. oops. No photo! So yesterday I decided to make some more and share the recipe today as it’s National Cupcake Week.

I swear the recipe is quick and easy: Just put everything into the mixer (aside from the baking powder) and mix it all together. Literally takes about 60s in a food processor. I fold in the baking powder by hand at the end. Spoon into 6 silicone cupcake molds. Seriously so much better than paper! Cook at 350°F for 25 minutes. BOOM: done!

This is the first vegan cake that actually rose, and puffed up. Leave them to cool a little then serve. We had ours with a dollop of raspberry jam and a small scoop of dairy-free ice cream. It was delicious!

I inputted all the ingredients into MyFitnessPal and the nutritional breakdown is as follows (compared to conventional cupcake made with all butter, and egg)

I’m still working on making the cupcake healthier. Using less fat each time, and playing with different measurements but for a little treat this one is great. Now Obviously the jam and ice cream will add up so be mindful of portion sizes! These were great though for celebrating our 17 year Wedding Anniversary last weekend. 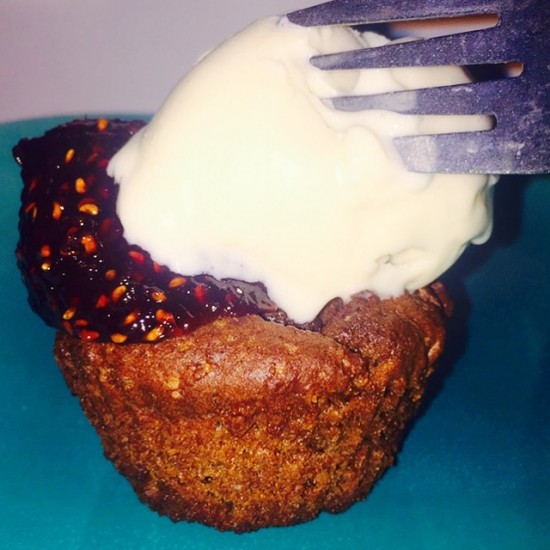 If you’ve made recipes with aquafaba link me up the comments I’d love to check them out, and let me know if you try this recipe or have suggestions on making it healthier.

Disclosure: It’s always my policy to make you aware… links in this post may be affiliate links, meaning I earn a small commission on sales made through those links. This money usually goes straight back into the site for hosting, domain registration, giveaways, education, promotions, research and more… or it could just buy more protein powder and vegan icecream.