Happy 4th July everyone!!! Today I’m sharing my race recap for The Color Run Los Angeles, and keep reading down below for a GIVEAWAY! Two lucky people will win a free race entry each for The Color Run Kaleidoscope Tour 2014. There are still TONS of races ahead for 2014  including upcoming California races Ventura (18 October), Pomona (25th October), San Diego (11th October), Bakersfield (12th Nov), Fresno (16th August), and Sacramento (2nd August)… more races are available nationwide on their website so check them out!

To enter simply fill in the form below 🙂 Then keep reading to see MY experience at The Color Run Los Angeles!

Even if you don’t win you can get $5 off registration to ANY city with the code: COLOR5OFF sign up at http://thecolorrun.com/events/. Not valid with other discounts or promotions.

Saturday 21st June, my friend Susan and I ran The Color Run 5k in Los Angeles and had an absolute BLAST! I’ve been a bit lacking recently in the running department, I just lost my running mojo I think. After Saturday I think it’s back!!! Thank you The Color Run ! The morning started not so bright but very early, and with a usual sight… walking the dogs. 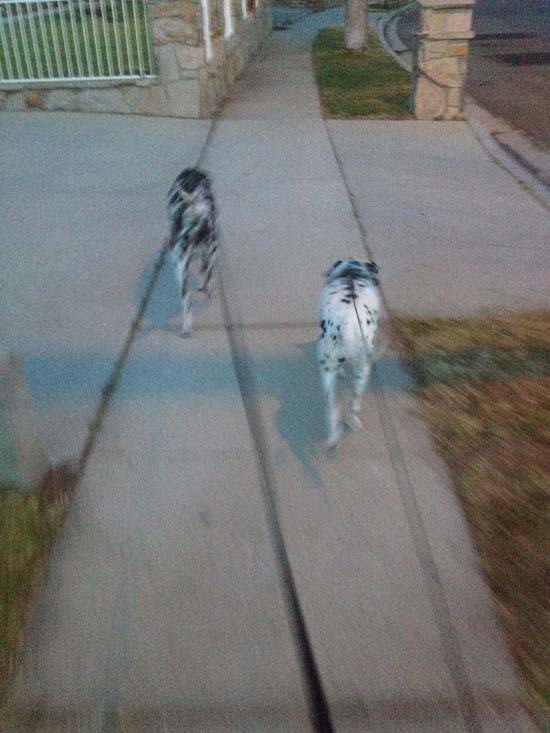 I met Susan at the gym and we carpooled to the Dodgers Stadium, stopping at Starbucks on the way, naturally! We arrived with plenty of time to spare and had a good look round the expo. We took part in the 360 video, and the conga line! Yep The Color Run is the happiest 5K on the planet, they Conga to the start line!!! 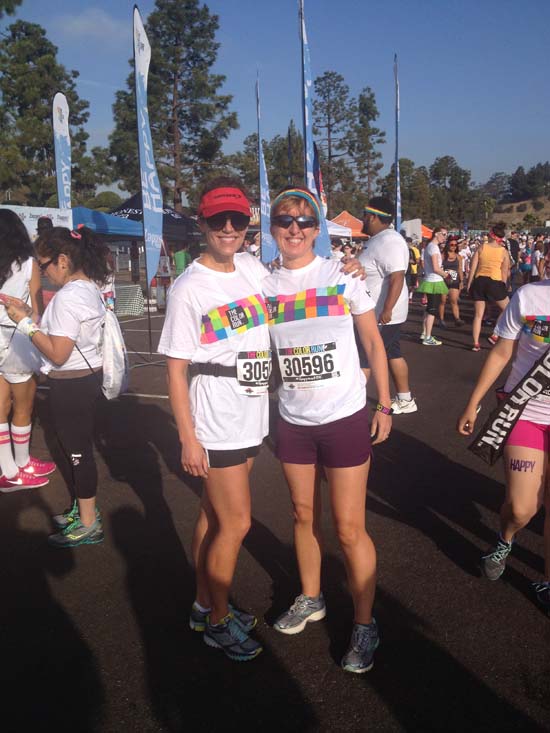 The start shoot is LONG! We thought we were right at the start, however NO. The start was WAY WAY WAY back right where the red arrow was. The music was pumpin’ to keep us occupied though. 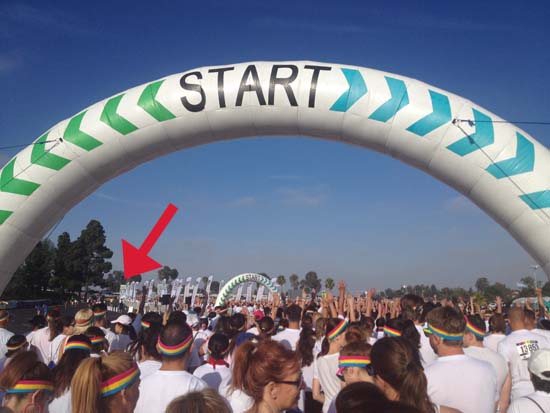 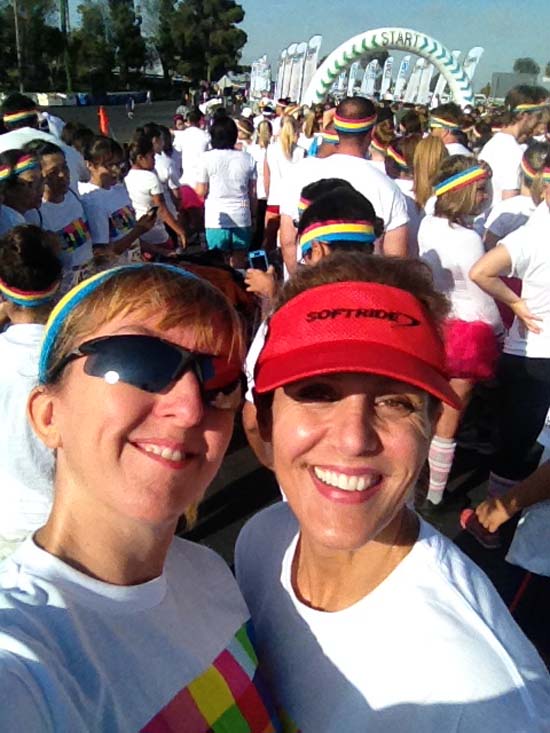 Selfie – check! Then it was time to run! Now if you haven’t heard of The Color Run  no doubt you’re thinking “what the heck is The Color Run ?”. 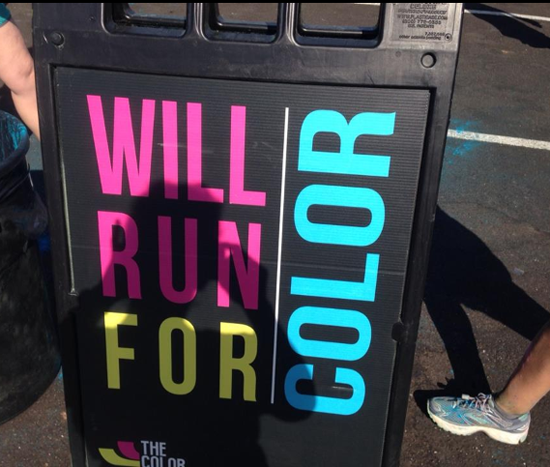 Well basically it’s a run where you enter 5 ‘zones’ and get pelted with colored powder, the fact that they give you a WHITE t-shirt  is a good thing, if you come out white at the finish you went wrong somewhere 😉 Our race was around the Dodgers Stadium in Los Angeles and featured 5 color zones. We started with blue, then pink, orange, purple and ended with yellow. 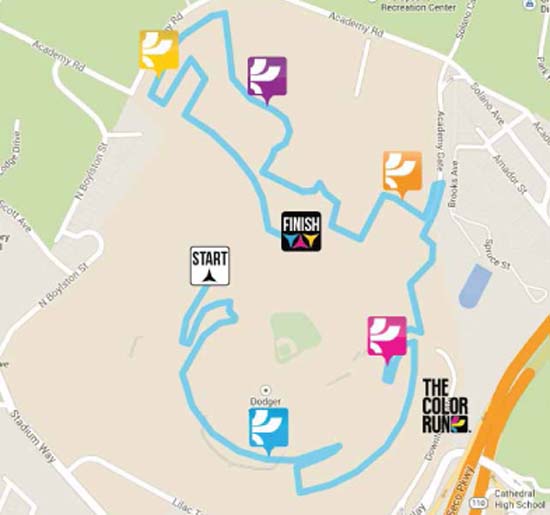 This was my first The Color Run  event and I was out to get as colorful as possible, while run, and have fun. Double check on all three! This was us at the end, all smiles!

At the finish line you are given a packet of ‘color’ and we had a little playful color fight at the end, which I came out worse for, or more colorful for 😉 Incase you cannot remember what we looked like at the start, here is the before and after! 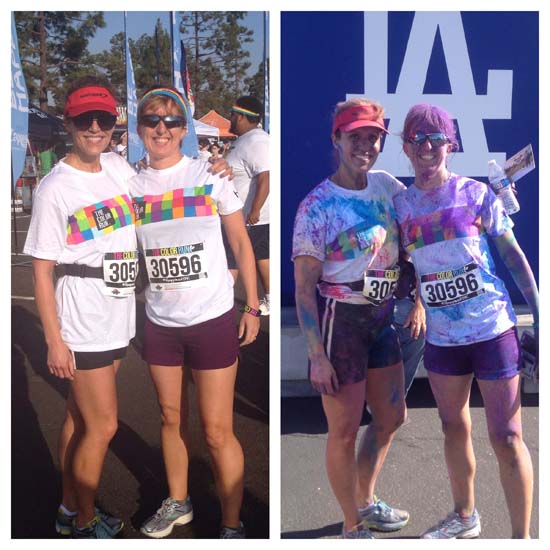 Susan and I had a BLAST! Here is my official race shot I’m guessing this was about half way as I have blue and pink. Yep it’s a race measured by color not miles 😉 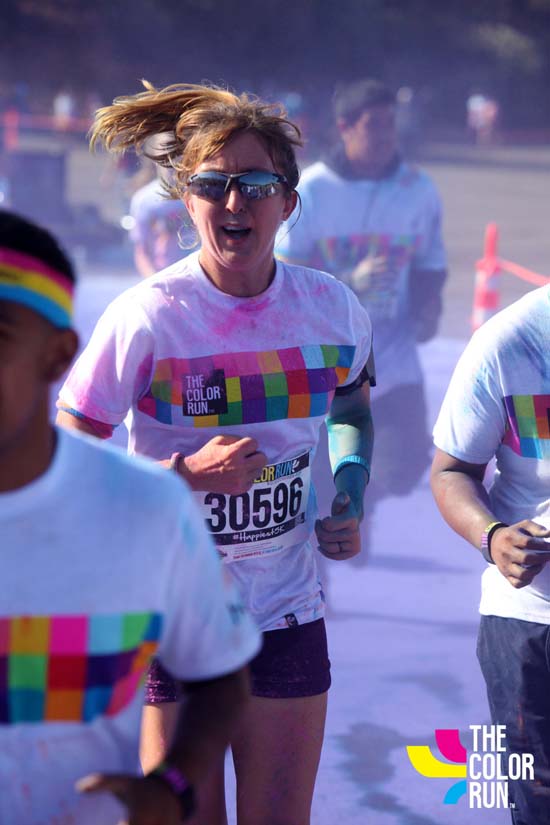 and my official finish photo! 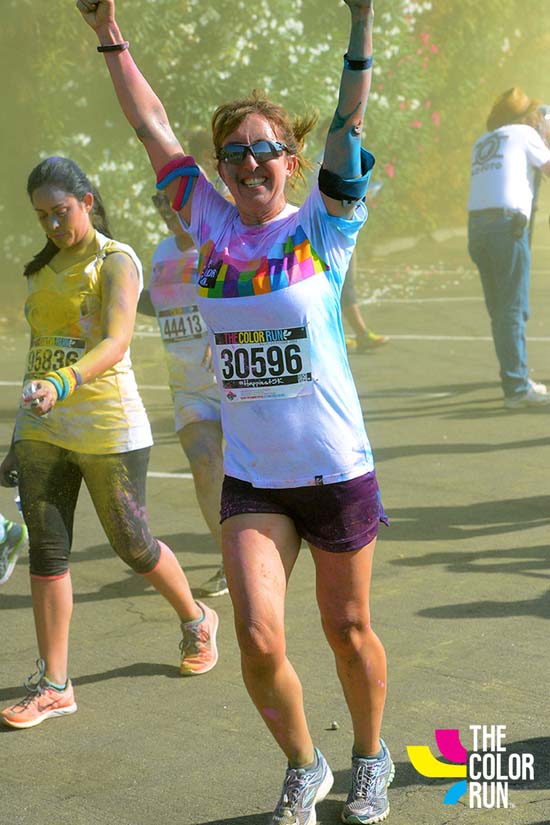 Take something to cover your car seats! I had towels in the car we use for the dogs and that was a good thing! Saved my car seats from being rainbow colored. Also be aware you are going to take one hell of a long shower when you get home! Funny thing was the color comes off in the reverse order it went on 😉 Well earned shower though! And yes the color came out of my shorts, and shoes! I’d still advise wearing an old pair though.

I think the most important thing I learned is that I like running WITH someone, without music, and I loved that I had no timing chip or ‘race’ pressure. It was just a FUN run with friends, and a little splash of color!

So enter the giveaway, leave a comment and tell me your experience with running and the color run!