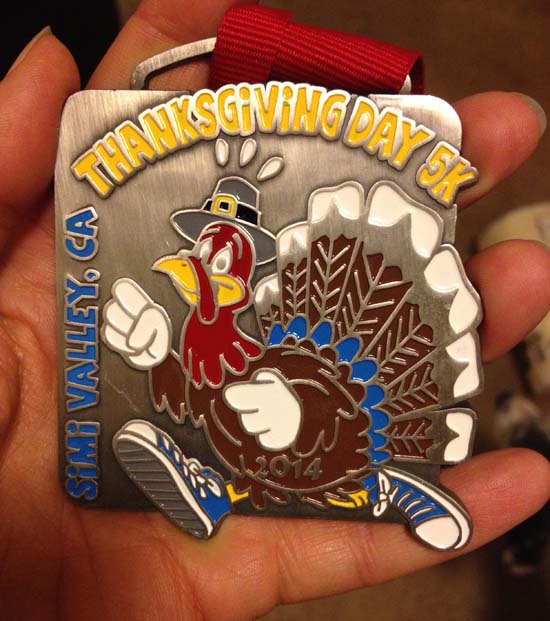 I really hope everyone had a great Thanksgiving here in the USA, and didn’t get trampled in the black friday shopping. Here at Workout With Di central we did something different this thanksgiving and kicked off our day of overeating (and drinking) with a 5k turkey trot. The thanksgiving 5k was organized by Elite Sports Venture County who d a lot of events locally so we were pretty happy to get a 5k on Thanksgiving that was literally a 5 minute drive from our house, less than that really. Despite neither of us running much over the last few weeks/months we both finished which earned us both the finisher medal above which we happily sported post race. 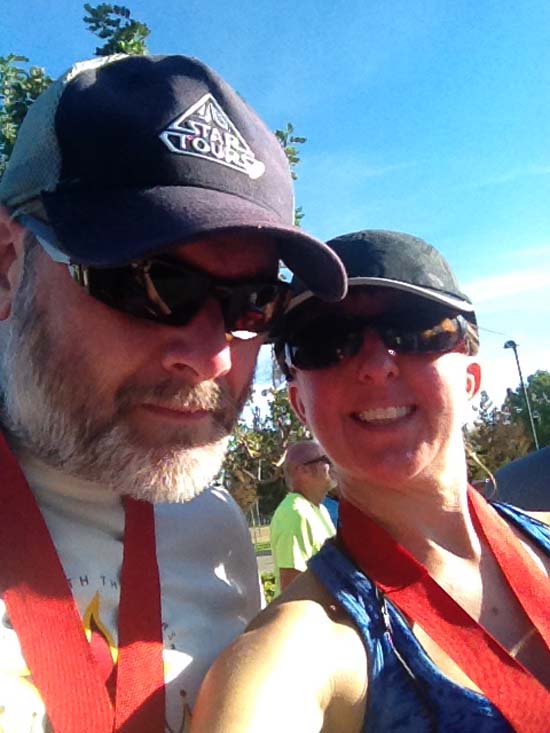 Let me tell you that after two weeks of cold and wet weather in England I was so happy to get back to Southern California. The above photo was taken around 8.40am after finishing the race and it was a beautiful clear day with temperatures around 65°. There is a reason I’m smiling hahaha, I do like my sunshine. I save my medals and bibs and this one was a fun bib with the logo, location and year on it. 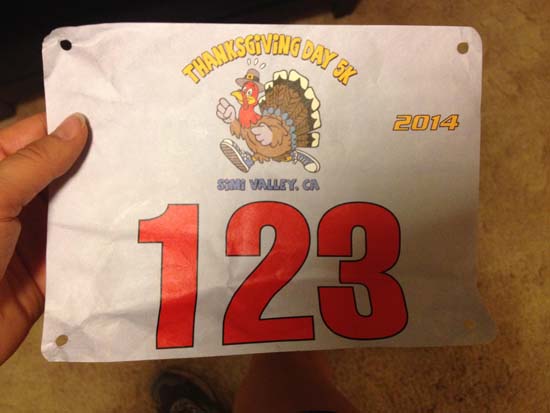 Aside from not running much, I was also pretty sore as the week leading up to the race had been my first days back at work after 16 days off! When you’re used to working out regularly, coming back from time off SUCKS. After Saturdays bodypump my quads were so sore! Then I had spin and bodypump again on Monday… by Tuesday I felt better so I worked out in the gym and was sore all over again on Wednesday. As such my time for the race was 28:27 which is way off my PB but I just haven’t been putting the time into running like I used to.

I would have worn my Garmin but it had some weird glitch and shut down that morning claiming it had a low battery after I charged it overnight. Bob has reset it and it’s working fine again now (touch wood). The prize for third place was a bag. I like these bags for carrying my running/cycling shoes around so they come in useful. 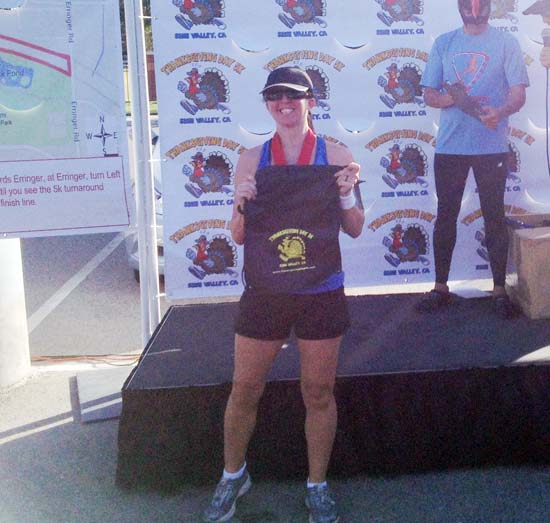 After seeing the results I was bummed I missed 2nd place by 11 seconds but I really did push as hard as I could. A combination of tired legs, jet lag and lack of running took it’s toll this race. I do have a renewed passion for it though and now my Garmin is playing ball again I’m looking forward to getting some running in again during the upcoming weeks. We have 2 races booked for January, one is a trail run, and a duathlon booked for April. Time to get my game face on!