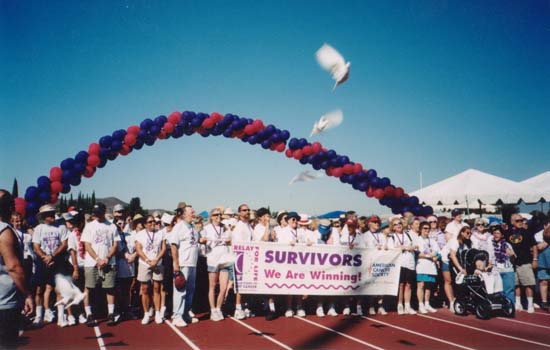 Ok first off please don’t ask me what year this was because I have no clue. Sometime around 2002 I would guess. There is a big British community here in Simi where we live and we have a netball team (the Comets) and one of the gals, Claire, decided we’d participate in the Relay for Life to bring awareness to the sport here and hopefully bring in new members. As I was the closest we had to a cancer survivor Claire decided I would be walking the survivor lap. 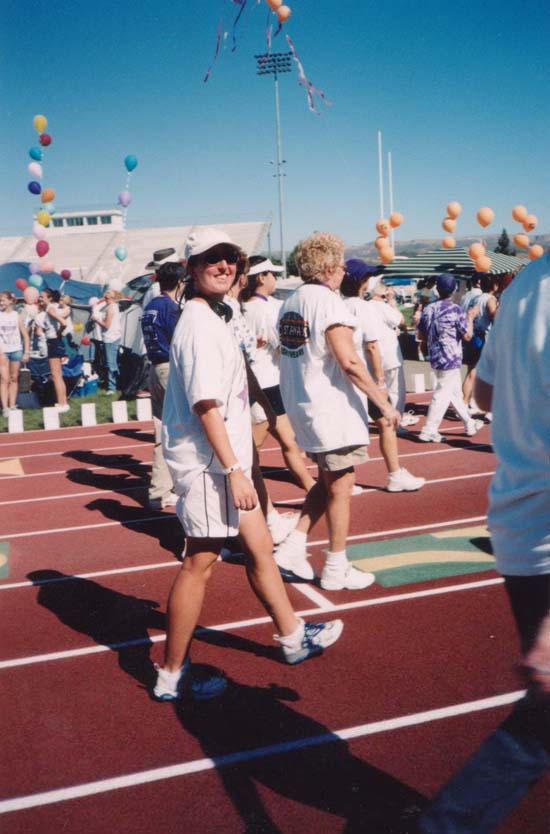 If you haven’t been to a Relay for Life event it really is inspiring. We had pink and purple EVERYTHING, doves released at the start line and just so much happiness and motivation from everyone. Everyone on that start line is a survivor!!! I walked in the knowledge that my fight wasn’t as big as some peoples, but I was lucky, I had been very lucky that mine was caught very early and all I needed was surgery. 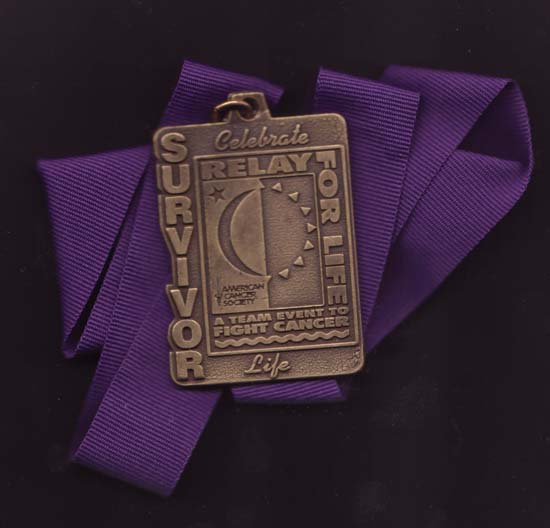 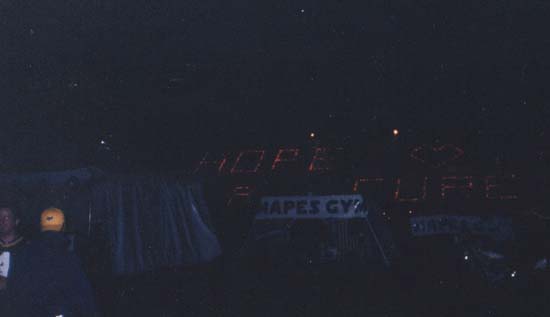 It was a great experience to meet others in similar situations and to share in the knowledge we were all there for loved ones fighting this battle. According the American Cancer Society cancer now affects 1 in 2 males and the risk of men dying from cancer is 1 in 4. For women the risks are slightly less with a 1 in 3 chances of getting cancer,  and 1 in 5 chance of dying from cancer. These stats are just terrible. Bobs dad passed away from cancer in 2012 after a 3 year battle multiple rounds of chemo and radiation therapy. Cancer sucks!