I mentioned yesterday that I’d been using a vegetable spiralizer recently and as I’ve used it a couple of times now I figured I’d do a review. I was invited to do a review on the Very Healthy Spiral Slicer by Varietyland in exchange for an honest review, so I cleaned up the kitchen a little and set about the task. In the box you get the spiralizer tool, a small bottle brush and a pushing attachment. I did a video review which you can view below or on my YouTube channel:

So obviously the first thing you want to do is grab some veggies! The Very Healthy Spiral Slicer by Varietyland ideally takes veggies around 1½ to 1¾ inches thick. The veggies want to be ripe and fairly straight! Those crook neck squash aren’t going to be candidates but the carrots, cucumbers and zucchini below are all gonna get spiralized! 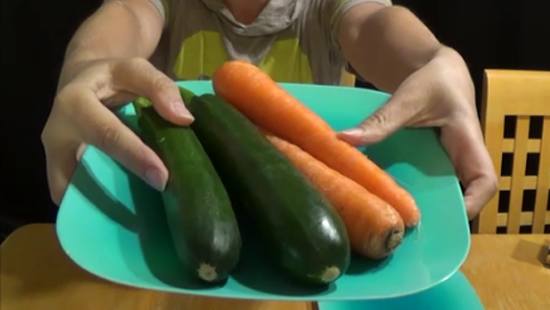 Firstly I will admit there was  slight learning curve for me, but I’m not the most adept chef so YMMV. I found initially the zucchini was more of a julienne cut. You need firm even pressure while twisting and once and 30 seconds later, once I got the the hang of it, I was spiralizing like a pro! The spirals come out under your hands so make sure you have plate handy, and if you’re using cucumber – you need a towel! Cucumbers have more water content so they were a little messier. 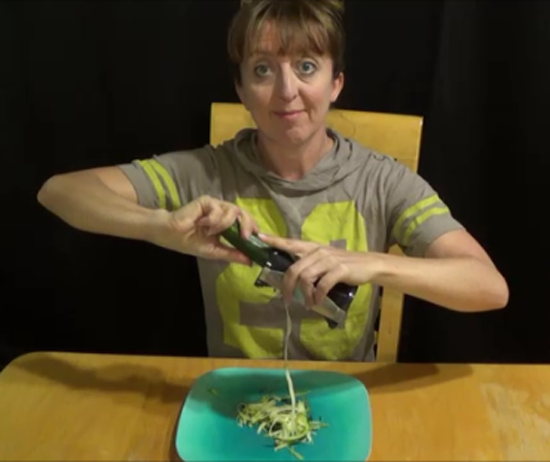 As you can see by the time I got around to the carrot I’d totally mastered this little kitchen gem and I LOVED the look of the spiralized carrots. Definitely makes your meals look delicious and even made it look like I could cook! There was minimal “waste”… though nothing gets wasted in this house I have a canine garbage disposal that LOVES his veggies so he gobbled up the zucchini and carrot wedge that was leftover and I chewed on the cucumber as a perk of prepping the food 😉 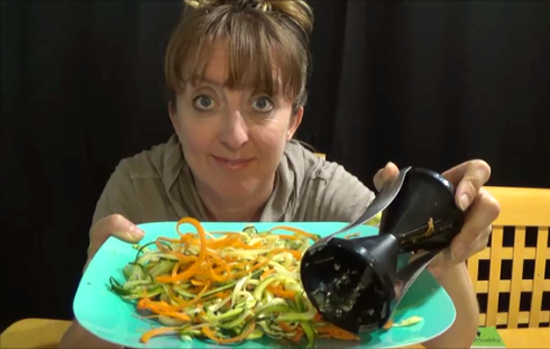 One con of the The Very Healthy Spiral Slicer by Varietyland was that the pushing attachment didn’t really work for me, again it could be “user error” as I’m not the most adept chef in the kitchen, lol. When I pushed the carrot into the end of the attachment and tried to spiral the “pusher” just rotated on the carrot rather than digging in for more traction and spiraling the carrot on the blades. A big pro is that they included a small cleaning brush!!! The spiralizer tool itself has sharp blades inside and I do not want to be putting my fingers inside there! So that’s definitely a GREAT feature!

When you order The Very Healthy Spiral Slicer, Varietyland emails you a link to download a couple of e-books, each packed full of recipes and I discovered a whole new world of stuff I’ll be trying! I’m going to try sweet potatoes with this sucker TONIGHT and I’ll post on social media soon with my results and maybe even some more recipes of my own as I try more vegetables.

If you’re interested in buying The Very Healthy Spiral Slicer by Varietyland I have good news! They have given my blog readers a 35% discount code! Enter 3LBTRJLM on checkout on Amazon and BAM you too can spiralize your veggies and make people think you are some kind of awesome chef. Code is valid through May 10th so get yours now!