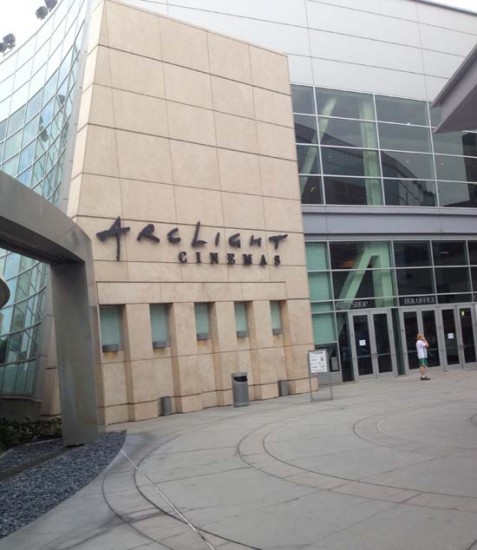 Recently we got chance to go to the Arclight Cinema in Hollywood to go see a preview of Pacific Rim. The cinema was HUGE compared to ours and the seating was the most comfortable I’d been ever in a cinema (ok the free movie, popcorn and drinks helped). The movie btw was AWESOME so if you haven’t had chance to go see Pacific Rim yet then get busy!

I love me an action movie and this was full on from the get go! It had me happy 5 minutes into the film 🙂 Going to the Arclight though gave us chance to go to Veggie Grill. We’d been a few years ago to another location and so were eager to try it again. 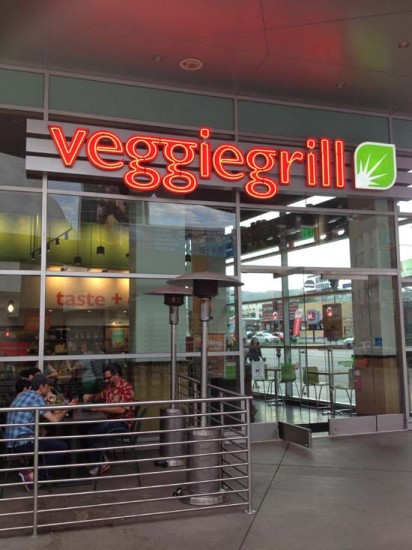 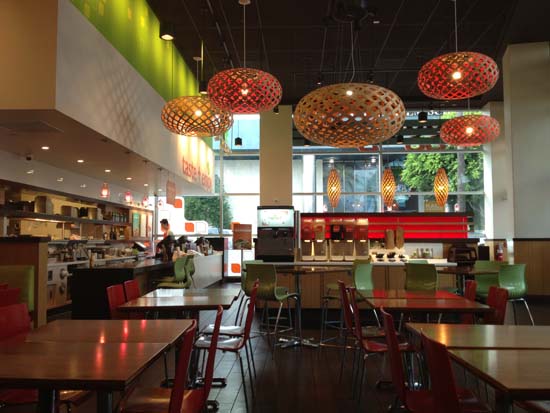 Remember that this is fast food. It’s basically vegan junk food 😉 But as I was planning this meal as my cheat meal I was up for it!  After perusing the menu along with reading reviews on yelp Bob decided he was getting a burger, and I figured I’d go for the salad everyone was raving about on Yelp, and we ordered a starter… 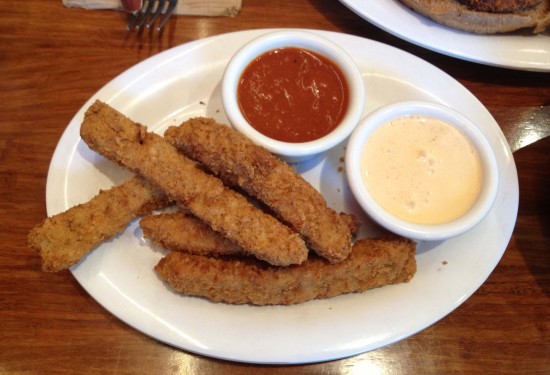 These chicken sticks were delicious! Totally no wheat free (along with a good 80% of their menu) but they were worth it! The vegan ranch was AMAZING! Both of us really enjoyed these, and I really want to be able to make ranch, vegan style because my salads need this! Yummy! 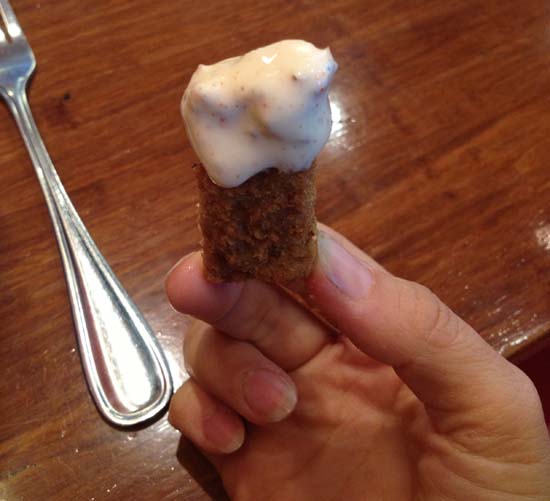 Bob ordered the Crab Cake burger. Which was a crispy crab cake, spiced tartar sauce, pickles, tomatoes, lettuce and red onion. As a side he chose chili. It definitely looked good, though neither of us would know if it tasted of crab as I’ve never had it. Been vegetarian over 20 years so not even on my radar as a teen! Great presentation! The chili was a little bland though, but we’ve yet to encounter good spicy chili anywhere. 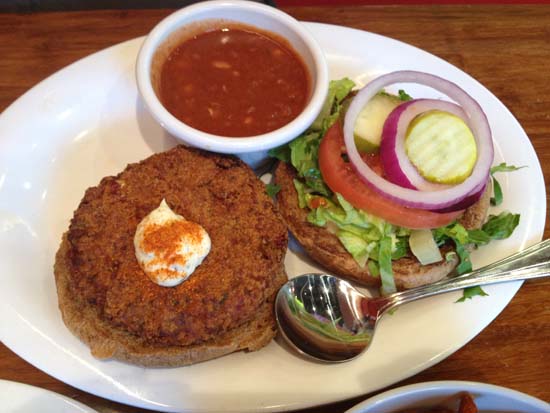 I chose to have the All Hail Kale salad with blackened chicken.  Marinated kale and red cabbage, corn salsa, agave-roasted walnuts, ginger-papaya vinaigrette with Blackened Chickin’. It was a great choice! I was dubious as I prefer creamy dressings and this fruity dressing really surprised me. I’ll be venturing more into vinaigrette and fruits in the future (recently had strawberry vinaigrette at souplantation and that was delicious too!). There was a LOT of salad on this plate, which you really cannot see from the photo but I had about three time the food Bob did!!! The pecans were a great addition and the salsa too. Basically a great blend of items I would never have put together but they worked perfectly! 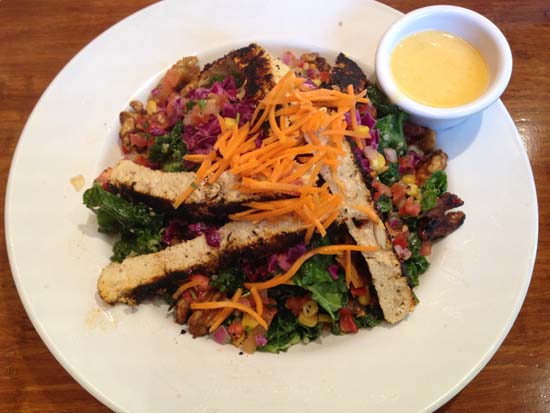 In hindsight it was too much salad for me and in future I’d get: Daily Soup + Salad Combo which is a Large soup or chili with a 1/2 size entrée salad. I get bored easily. I’d also skip the chicken and go for tempeh next time. With the starter chicken this was overkill. Nice, but overkill. I also don’t like things blackened/burnt it seems.

The final puzzle piece was trying the sweetheart fries: Scrumptious sweet potatoes with chipotle ranch. Delicious. I love sweet potatoes so this was  no brainer and the ONLY fries they serve are sweet potato and these were a perfect addition to our entrees. 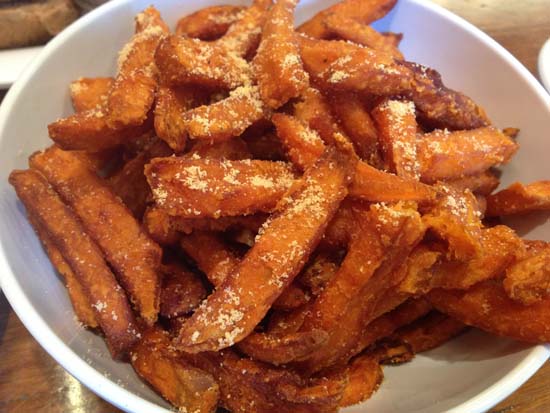 So that was Veggie Grill! I’d definitely go for the Kale Salad again and they do have a listing of Gluten Free choices on their menu page as well as other allergy diet information.

Have you been to Veggie Grill? What’s your favorite food there?