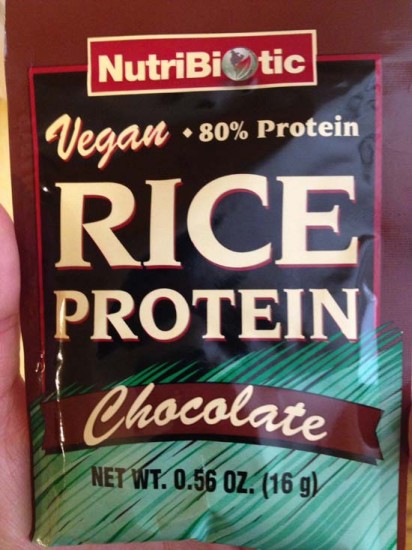 So a couple of weeks ago I popped into Lassens and picked up some sample packs of vegan protein powders. I typically use Trader Joes soy protein powder but am looking at other alternatives to Soy for no reason other than to switch things up. I’m ready for a change 😉 I like to keep it fresh! Anyway today I thought I’d review one of the protein powders, Chocolate Rice Protein powder by Nutribiotic. To make things even in ALL the reviews I picked chocolate and made the shake the same way: almond milk, banana and strawberries. Any changes therefore would be purely on the protein 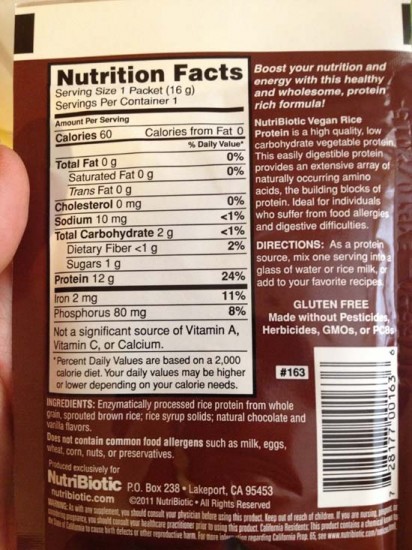 Incase you cannot enlarge the photo the ingredients are: enzymatically processed rice protein from whole grain sprouted brown rice; rice syrup solids, natural chocolate and vanilla flavors. It’s also gluten free, made without any pesticides, herbicides, GMOs or PC8s. The packet serving size was 60 calories and 12g protein which was pretty low compared to other powders I’d bought, but generally I only use HALF the serving size so this would be the normal protein amount for my shakes. As such I used the whole packet. 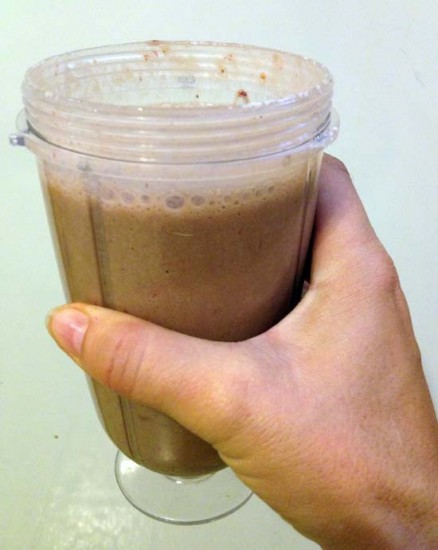 I will say that usually I’m not a fan of chocolate shakes (unless I throw in cocoa on my own) but this was pretty tasty! Not powdery tasting and palatable! I’d definitely like this in waffles and other cooked recipes. It didn’t add a lot of bulk to the shake so if you like your shake thick, then I’d suggest using less liquid. 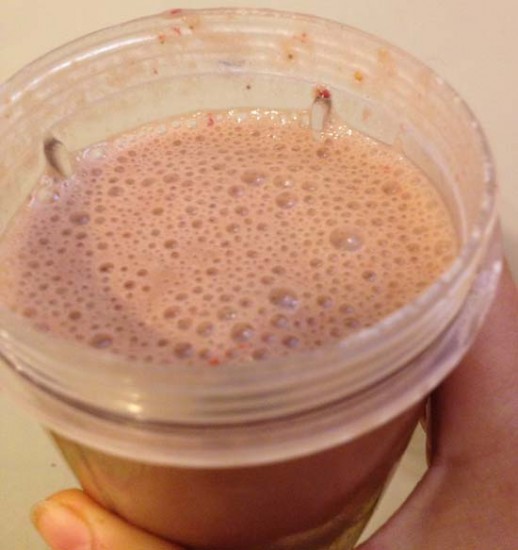 Pricewise you can get 1.5lb (around 40 servings) for under $15 which isn’t too bad really. I’m definitely interested in trying some of the other flavors so I’ll be popping into Lassens to try the vanilla, plain and berry flavors! The sample packs are around $1.25 each. 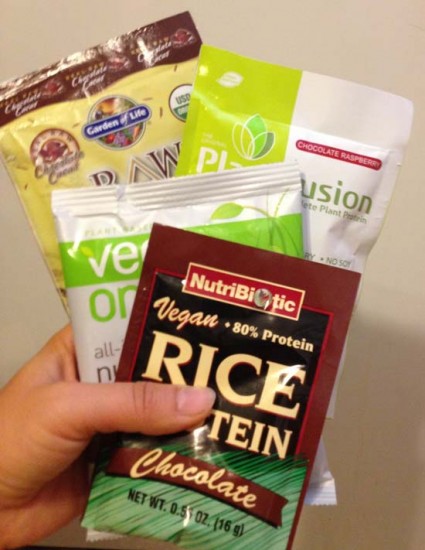 Remember if you have a suggestion for reviews or blog posts, leave me a comment!!!