Nothing solves cold winter weather like SOUP! Usually I’d make soup but sometimes you just don’t have time (or energy/ingredients on hand) so soup in a can is a food alternative when you are on the go, go, go! Recently I tried the new Trader Joe’s lentil soup and thought I’d write a little review 🙂 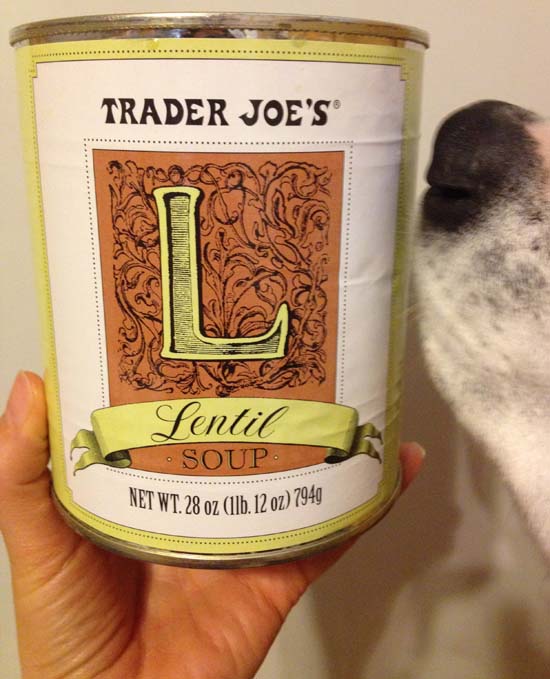 Your can may not come with attached dog nose 😉

Love how River used to photo bomb with her nose!

I love the design of the can 🙂 Just doesn’t look like a soup can. It feels very gourmet 😉 The soup costs $2.49 for 28oz. I was happy to see I could microwave the soup if I needed to. Upon opening the can it’s very thick. Definitely not a broth, it’s a hearty soup that fills you up. Just how I like my soup! The ingredients were good, just a few added things that I wouldn’t normally put in soups  but compared to regular canned soups this is pretty clean! 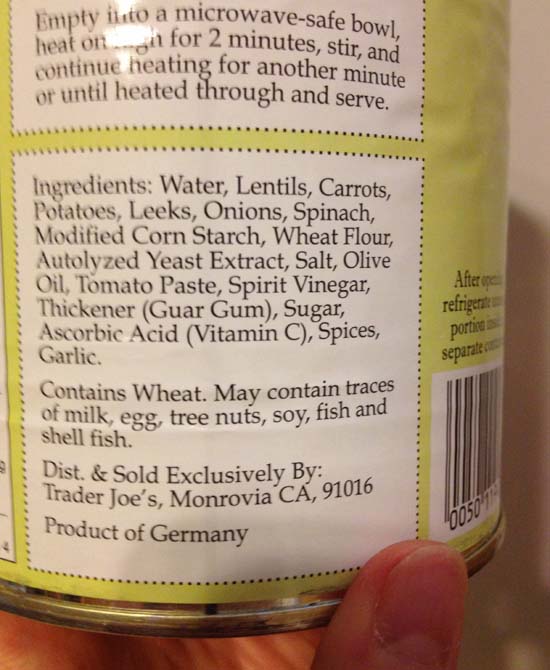 Ingredient wise I was happy to see NO celery! Bob hates celery and I’m not that keen on it, but it really tends to drown out the flavor of other vegetables when in a soup. So I was happy to see they used leeks instead. Love leeks! The can is LARGE, and the label tells me that the can contains three servings. I’d say that for a small meal yes, for a larger meal (just soup, no desert etc) then you’ll need more than one cup/serving. We usually opt to split the can between us. But then I like soup 😉 On the nutrient information I’d have liked to see the sodium a bit lower but then compared to regular canned soups this is pretty good! However for me (kidney disease) 660mg per serving is HALF my daily allowance of sodium. You can’t taste the salt in it, so it really doesn’t need it! 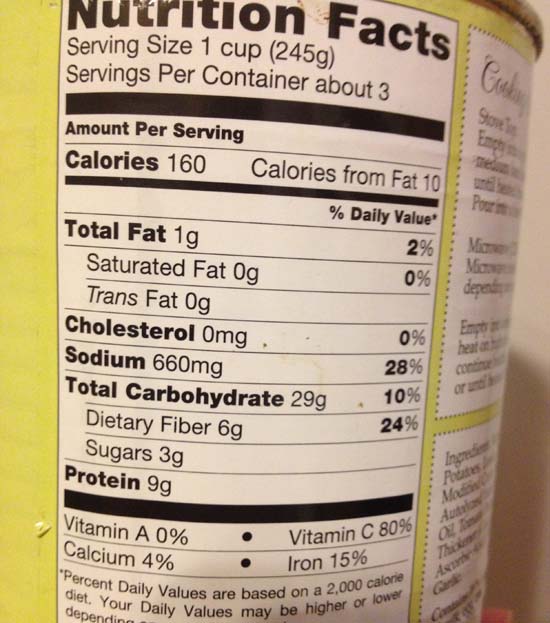 As you can see it’s low in fat, medium in fiber and high in protein! 9g of protein in one cup! Thank you lentils! This actually started me on a lentil kick. I have tons of the things in cupboards which I really need to use. So I plan on making some curries and soups with them. We also make a “no recipe, bung it together” rice and lentil pilaf. So I heated the soup up, prepared some bread (gluten free for me, whole grain for Bob) and we set the table. 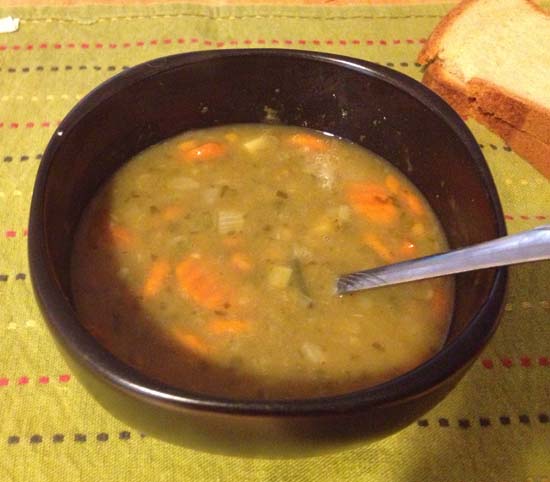 It’s chunky and I like it! I love the leeks, lentil and carrot combo. The vegetables are plentiful, no skimping, and lots of lentils! The broth is pretty thick too, which is great. Because it’s lentil it does have that grainy texture to it when you eat it, kinda pasty, but I like it 😉 Beware though soup can be hot! 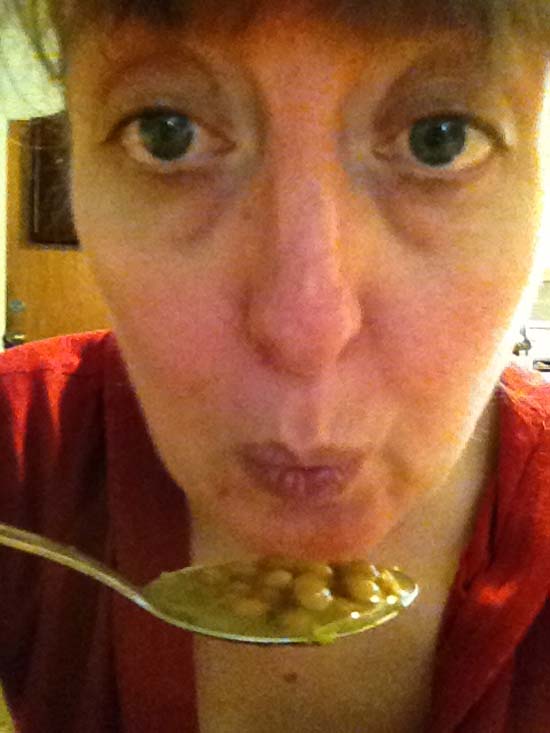 See lots of lentils! All in all a great buy!