Ok it’s not often that I get out the ketchup as usually everything I eat has salad and ketchup with salad, urgh no thanks! But occasionally I’ll get a hankering for some potato wedges (homemade) with peas and maybe some chick’n nuggets. You know good old quick oven food? But the ketchup of old used to be Heinz and I swore off Corn Syrup and other crappy sweeteners, and so what to do? Find a healthier version! Now it’s not clean eating by a long shot but in the “it’s better than Heinz” competition enter Trader Joes Organic Tomato Ketchup! 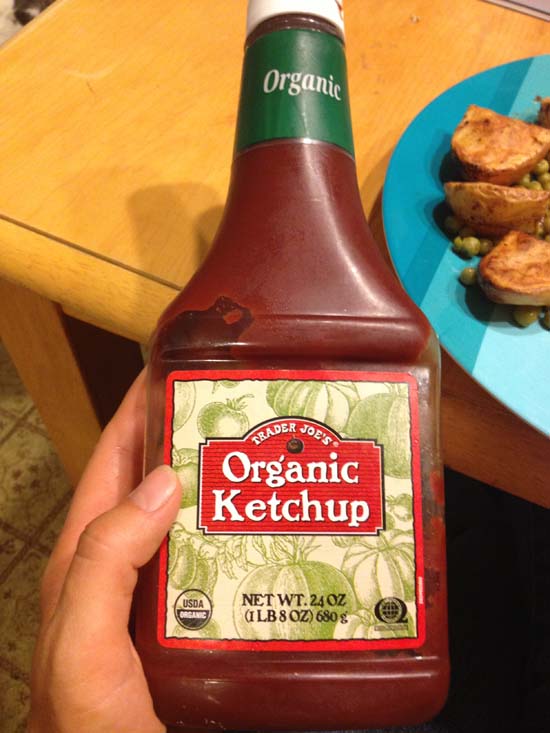 This ketchup is certified organic by the USDA which gives it thumbs up from me for starters! As you can see, squeezy bottle which whilst not as recyclable as glass is more efficient at actually getting the ketchup OUT of the damn bottle! I hate those glass ones, when you open them for the first time NOTHING comes out. So onto the ingredients… 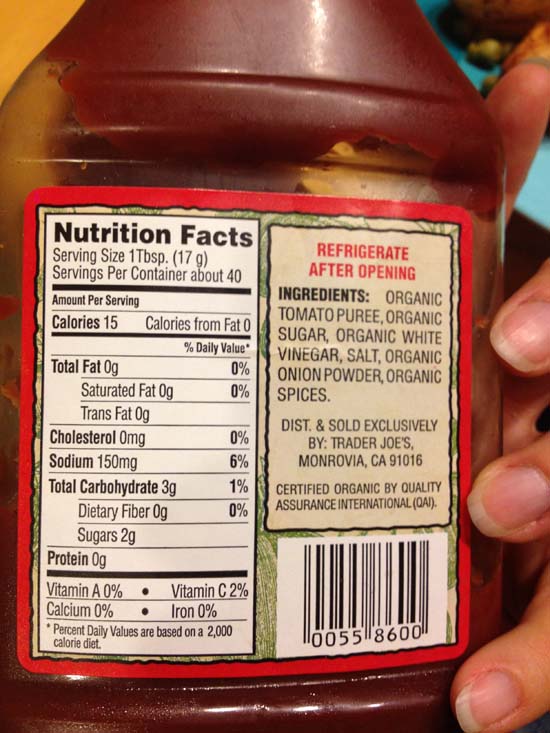 Pretty good compared to Heinz: TOMATO CONCENTRATE FROM RED RIPE TOMATOES, DISTILLED VINEGAR, HIGH FRUCTOSE CORN SYRUP, CORN SYRUP, SALT, SPICE, ONION POWDER, NATURAL FLAVORING. I’m not a fan of high fructose corn syrup  or corn syrup so having both in the same product, no thanks! Also worth noting that Heinz has 5 more calories per serving and 1g more carbs per serving. But for me the Trader Joes version is just a “cleaner” version of ketchup so even if these numbers were reversed I’d still opt for Trader Joes Ketchup!

So how did it look/taste? 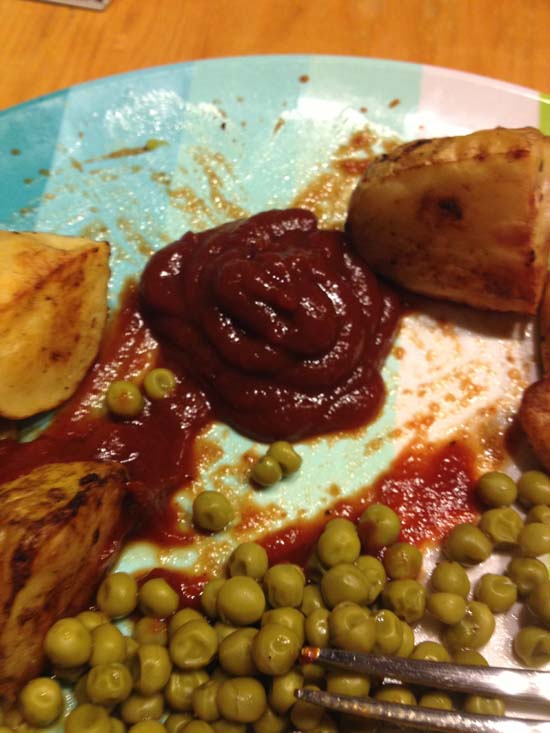 It’s been awhile since I had Heinz ketchup but I think the TJ version is a deeper red, less artificial looking and more tomato-ey. The taste in my opinion is better than Heinz, less sweet than Heinz ketchup which allows the spices and other flavors to come out. I love it with my wedges!

In all I definitely recommend anyone switching from Heinz to Trader Joes Organic Ketchup. Though Heinz does do a “Simply Heinz” ketchup with similar ingredients to Trader Joes, and an “organic ketchup” version. So Heinz are listening to consumers wants/needs for sure! So even if you don’t want to change brands look out for the more natural versions being offered by Heinz, especially good if you don’t have a Trader Joes in your area.

Are you are ketchup lover? Do you avoid corn syrup?