So I’ve mentioned how I’m trying to be wheat free. Over the last year I’ve noticed that I definitely react to wheat. When I ingest wheat I bloat, like a balloon, it’s not only unsightly it’s damn uncomfortable! As such I’ve been looking to some wheat flour alternatives to bread and pasta. So today I thought I’d review the Gluten Free multigrain brown rice bread from Trader Joes. 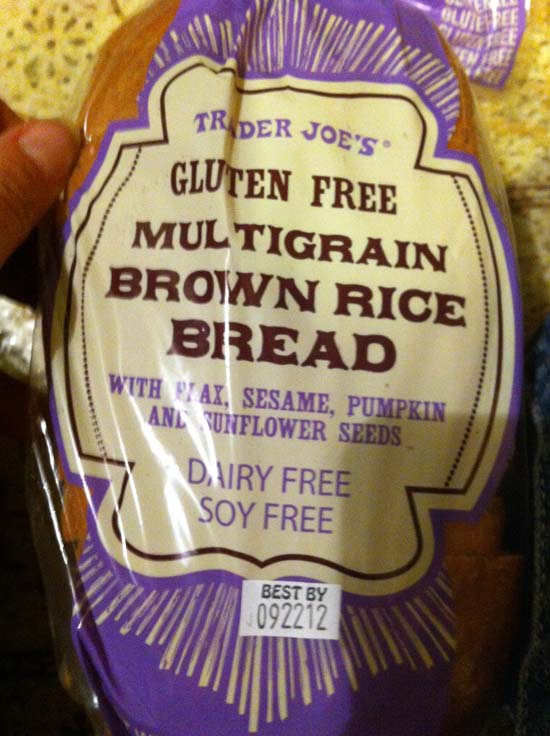 This bread like all things gluten free is more expensive than regular wheat based products, this small loaf is $3.99 which is a little on the pricey side compared to the wheat breads, but I’ll pay it for the lack of bloating! The first thing you’ll notice is the smaller size. The Gluten Free bread is MUCH smaller. I could fit 6 of these in our toaster! The second thing you’ll notice is the feel of the bread when you pick it up. It feels stale. No other way to describe it. It has no “give” to it like ‘real bread’. Despite that I figured mostly I only use it for toast anyway so give it a shot! 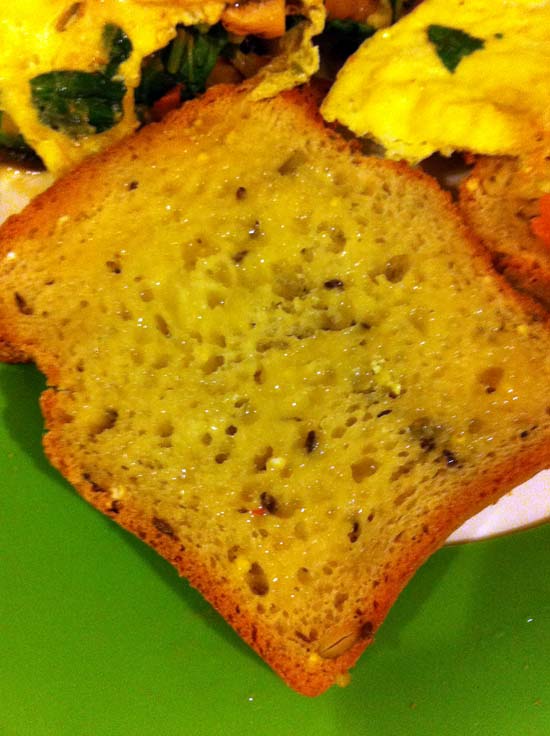 The slices are small like I said and toasted it’s really not bad at all. The “staleness” feeling to it isn’t a factor toasted though it is VERY dense bread so be aware it takes some chewing to get down. That and it’s pretty dry. If I don’t have sweet potatoes in the house for breakfast I’ll opt for toast with my morning omelette instead. 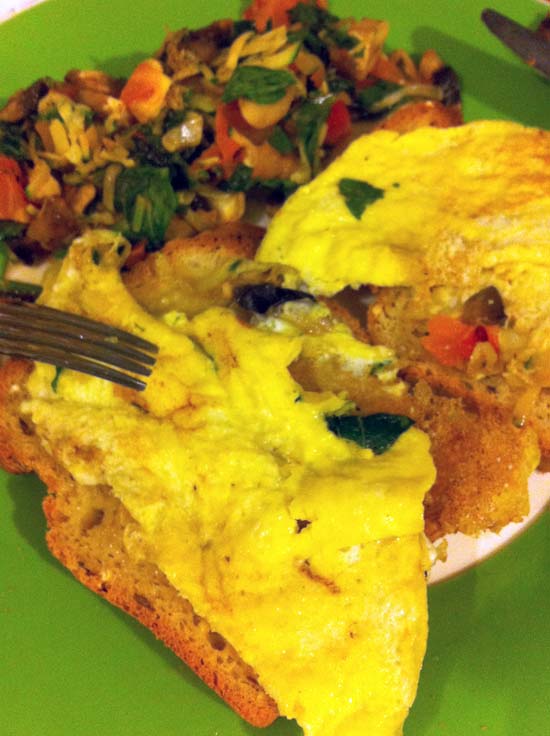 With the omelette and the veggies it was ok but definitely had to butter the bread, otherwise it was just too dry. I also tried it over the holidays as a sandwich… um no! Never again. Too dry, too chewy and NOT BREAD. Disappointed Trader Joe’s missed the mark on this one. Like I said though it wasn’t wasted because as toast it was fine.

I bought Udi’s brand of Gluten Free bread last month so I’ll be reviewing that soon!