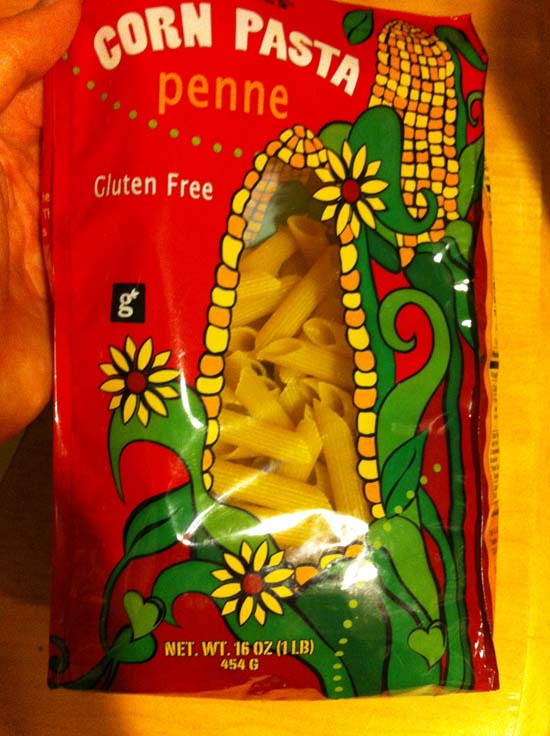 I have to admit that Trader Joe’s could have been selling this for YEARS, but I tend to get blinkered with my grocery list and try to get in and out of Trader Joe’s as fast as possible so I probably missed it before. On this occasion though I was specifically looking for gluten free products and saw corn pasta and figured why not give it a shot! 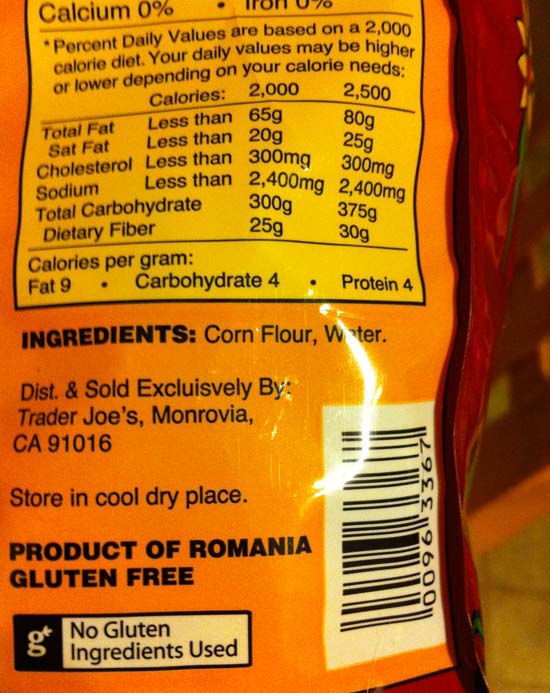 Stupidly I didn’t take any nutritional lable photo’s just this one declaring the ingredients as corn flour and water. As I remember though the calories etc were comparable to wheat flour pasta. I was honestly more interested in NO WHEAT and gluten free parts of the label.

I cooked the pasta just as I would regular pasta and my tip – it doesn’t take as long to cook! So watch it closely. Though I am used to whole wheat pasta which takes longer to cook than white processed pasta so that could be one reason I’m not used to fast cooking pasta. The corn pasta looked similar to regular pasta except it was YELLOW, like very yellow. Again I’ve been using brown pasta for so long it just seemed extremely yellow to me 😉 Other than that it looked just like drum wheat pasta…. 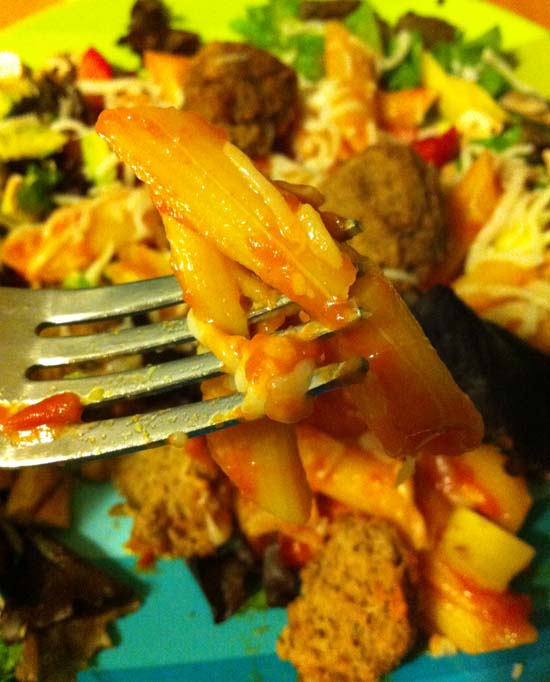 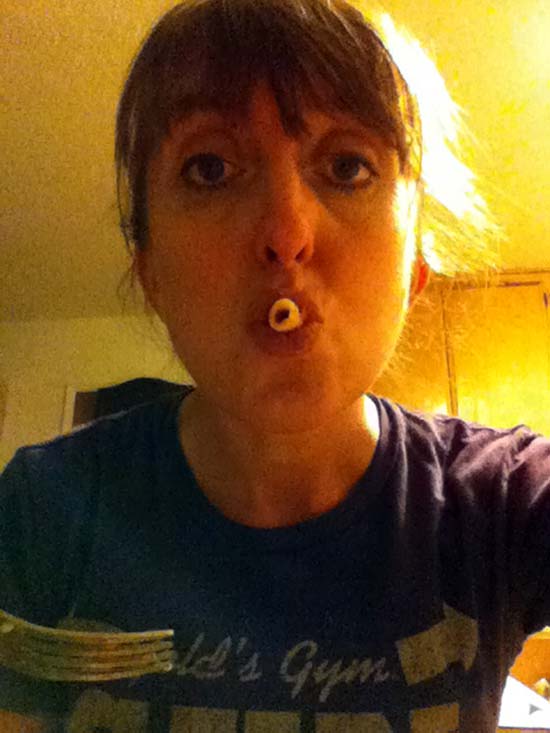 Um, ok! It wasn’t pasta as I knew it (just like most gluten free versions of foods, they taste different) but I would eat it again. If anything it was a little “slimy” in texture. But in the marinara sauce, with meatless meatballs and salad it managed to fake it’s way through just fine 😉 Next time though I’m going to try the rice pasta and see how that one is… I noticed they do rice and corn spaghetti too!

Have you tried wheat free pasta?