So I posted about Islands a couple of weeks ago and it prompted us to return to Red Robin (sometimes you just crave burger and fries right?) so I thought I’d do an update and review on Red Robin, and why I think it’s better than Islands 😉

Well like I said Bob had raced in the morning, it was the holiday weekend, and date night. Lots of reasons to be craving a good ol’ fashioned burger and fries 😉 So we showered and changed and headed out to Red Robin. We’ve liked  Red Robin since trying it in 1997 when we first vacationed in America (remember we’re Brits!) and we were super happy when one opened in Simi Valley Mall. No more trips to Agoura Hills for us!

Usually we’d sit at the bar (great tip btw if you are all adults and want to get in/out quickly!) but as it was our Wedding Anniversary and the place was pretty empty, we sat at a booth. Our server came and we order drinks, Bob had a Blue Moon and I had a Sam Adams. They have some great beers and I opt for the Mondo size! 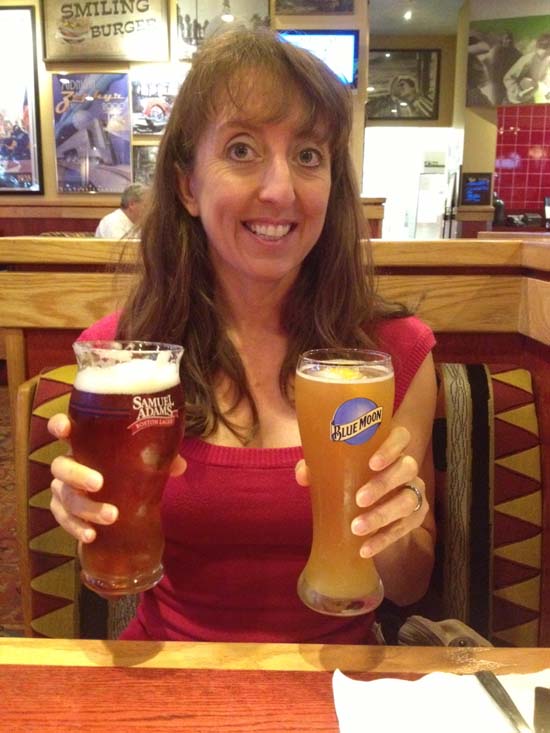 After a long day an ice cold beer is awesome, I’m sure you’ll agree! Sidenote: no bloating since I switched to non-wheat beers! I definitely have some wheat intolerance!!! When the beers were brought to our table we ordered our burgers and waited… I ordered the simple burger (sub: veggie burger) and bunless, Bob had the cheese (veggie) burger. 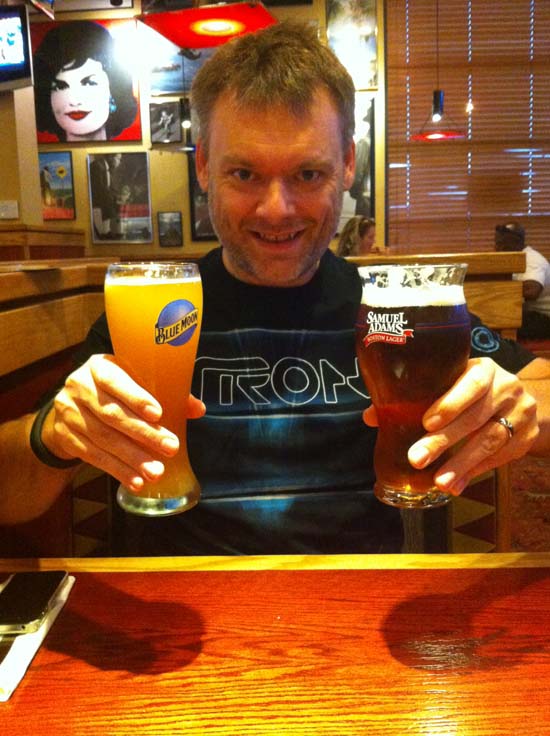 Bob preferred the beers at Islands, I was ambivalent and liked beers at both places. I loved this little saying on the Sam Adams glass: 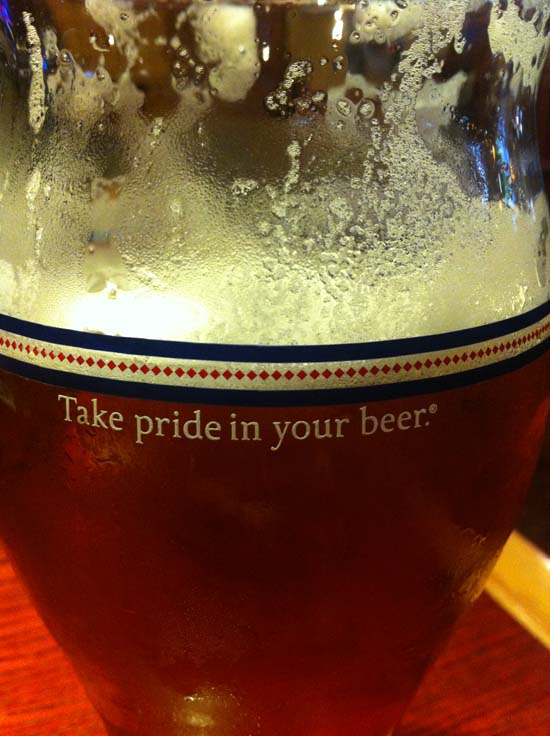 Yes Indeed! We’re big beer drinkerse so we agreed with this statement 😉 Before we got too drunk the food arrived 🙂 It’s seems to be a crapshoot as to whether the bunless is lettuce wrapped or just on a bed of lettuce. Maybe it depends on whether you say “bunless” or “lettuce wrapped” I’ve not really noticed. Either way it’s impossible to eat IN the lettuce with just your hands (like a bun). Just too messy! 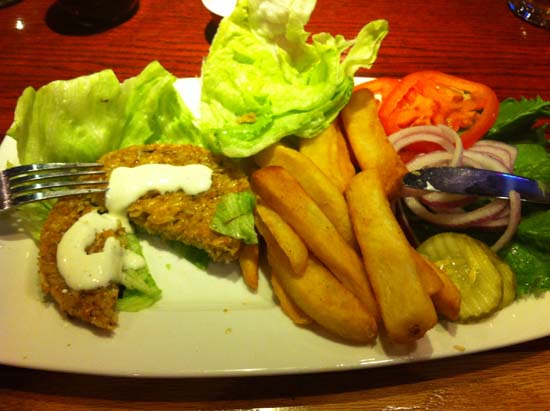 Definitely enjoyed this WAY more than Islands. It tasted WAY fresher. The fries actually tasted of potatoes not like Islands frozen mushed stuff that were super dry and crispy. Everything tasted of FOOD! Way more salad too 😉 The best thing about Red Robin hands down is their bottomless fries though. These are awesome steak fries, made from potato and they have MALT VINEGAR! So they taste just like British homemade chips! Taste of home cannot be beaten 😉 And bottomless! I know Islands do endless fries but they just aren’t as nice as Red Robin potato goodness.

Their calorie amounts for items can be found online and you can customize your order online to reflect healthier changes. As it was our cheat meal (hey it was our ANNIVERSARY! Celebration time!) and we had things as is. However on getting home I decided to check out some of the items on their menu and found I definitely made the right choice this time! Usually I’d order “the veggie” 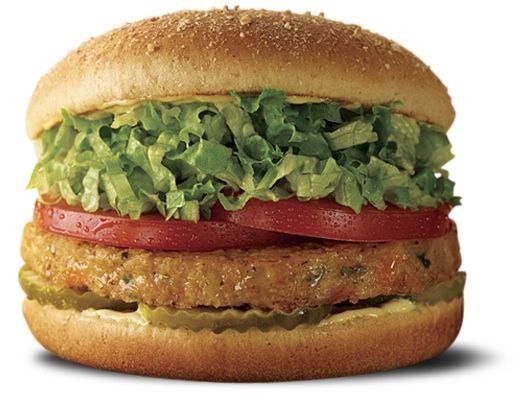 So I decided to pit the two against each other! Obviously no bun on either. The good thing about the Red Robin site is you can add/subtract items from your burger and their app will tell you the difference so here is are the two burgers side by side: Veggie: no bun vs Simple burger: no bun; no beef patty; add veggie patty

HUGE difference!!! Not just calories but fat, and sodium too. If you notice the simple burger now says ZERO protein, I am assuming that’s an error on their site as the burger DOES have protein, glitch in the system as putting just the veggie patty in shows 24g of protein! The veggie has 33g more of fat, and 800mg more of sodium. The regular one (without the bun remember)  has 2027mg!!! That’s almost the average persons daily requirement! For people like me with kidney disease the RDA is half the regular amount which means I should consume 1300mg a day. My ONE meal had almost that whole days requirement! I decided to see where the sodium was coming from… I decided to do some tweaking of the burgers…

It seems the calories and sodium are coming mainly from the balsamic cream dressing and grilled zucchini. I guess the zucchini is: grilled garlic-Parmesan zucchini not just grilled zucchini. Though for the huge reduction in salt I think the whole zucchini is dipped in salt first 😉 After some sleuthing I discovered there is almost 500mg of sodium in the burger alone! Yikes! Enough to make you not want to eat out again.

Now taking off the zucchini, caramalized onions and balsamic from “the veggie” means less food, but for less total calories and less fat. However that also basically makes it a “keep it simple burger!” lol! And pricewise the Keep it simple burger is $1 less than the veggie so I’m ordering the simple burger! And getting my salt load from the fries! *sigh*

We had a great anniversary dinner with beer!

Have you been to Red Robin? What was your experience like?

Also do you check the nutritional information at restaurants?