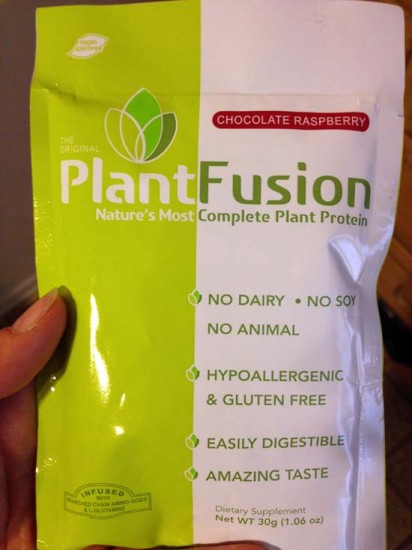 Today I thought “why not post a review?” so I am. I mentioned before that on a whim I went to Lassens and bought some vegan protein powders and I’ve been reviewing them as I try them. The most recent one I tried was this Plant Fusion Protein Powder Chocolate/Raspberry flavor. I picked this packet up and read the claims: No dairy, no soy, no animal products, hypoallergenic, gluten free, easily digestible and amazing taste. Now the first lot they can control, ‘amazing taste’ well I’ll decide on that one thanks! 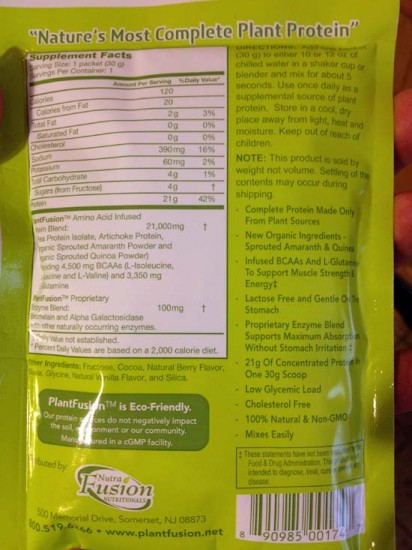 I liked a few things about this protein powder mostly the fact that it’s a complete plant protein blend with proteins from pea, artichoke, amaranth and quinoa. Note: The last time I tried a pea protein I was NOT impressed with the flavor, so to say I was dubious about this one was an understatement. 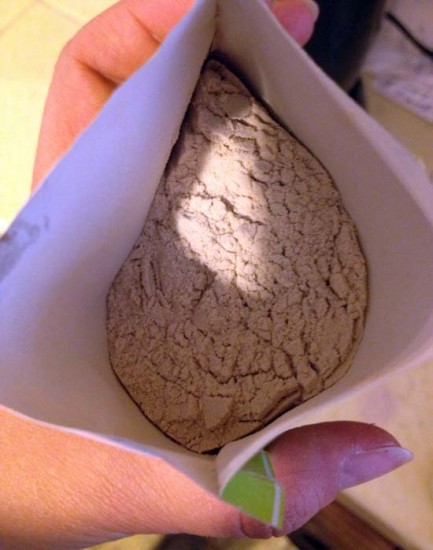 As the product was chocolate raspberry flavored I still decided that I’d go with almond milk, banana and a few strawberries for my shake, why change what isn’t broken? Again like last time I used half the package for 10.5g protein per serving. First thing I noticed was that this smoothie was SMOOTH and very frothy. I made it in the same blender so nothing had changed other than the protein powder… 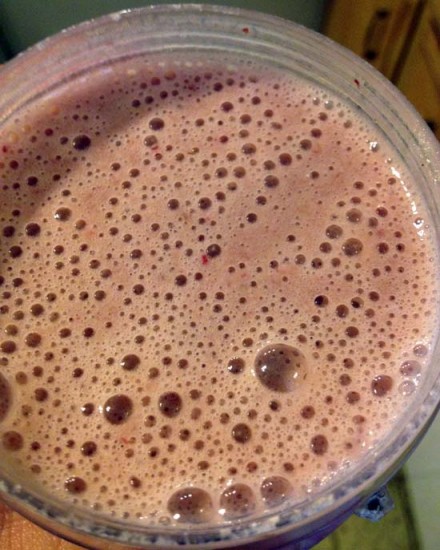 Taste wise it was smooth tasting although a little sweeter than I was used to, but it was nice and I really enjoyed the texture, or lack of it. No chalkiness! Honestly some protein powders are pretty dire, but the PlantFusion was smooth, no gritty texture. 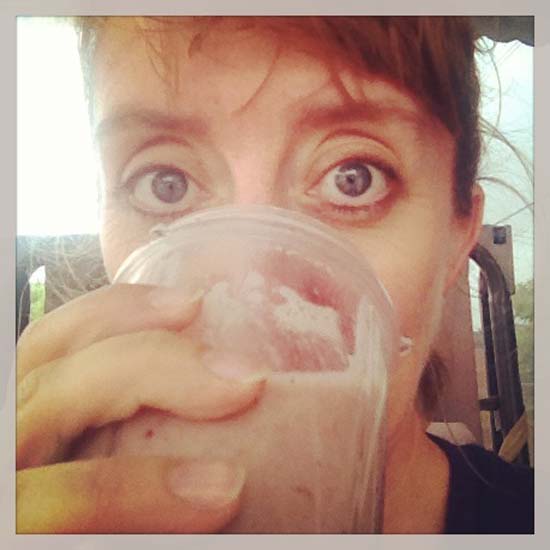 The day after I had the leftover powder in my post workout shake and this time just with the banana. I have to say that after the chocolate raspberry I went out and tried the vanilla and much preferred that flavor. I think I dislike chocolate shakes? Anyway the PlantFusion Vanilla is the only one I can stomach when blended with just water! Seriously not chalky or gritty, blends really well. Super impressed with the vanilla and would recommend it. I’ve since bought a 2lb tub of the vanilla 😉 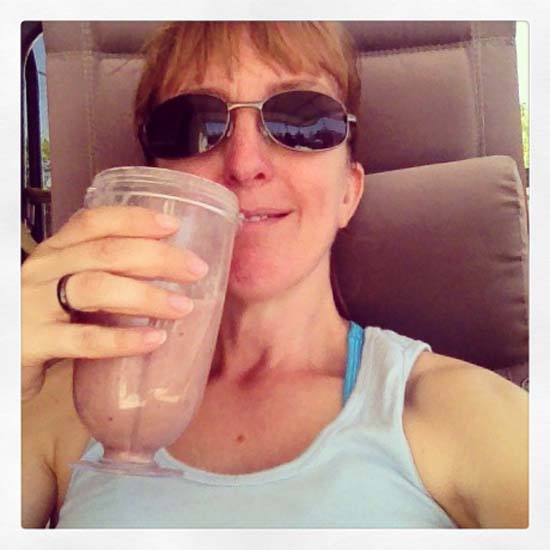 Have you tried vegan protein powder?