After my review last week on Vegetable Delight it occurred to me that I hadn’t blogged about another veggie restaurant we went to recently… Lotus Vegan! One of the perks of working for Disney is that sometimes they do employee screenings of their films, one weekend recently we went to see IronMan 3 at the Disney Studio Lot. 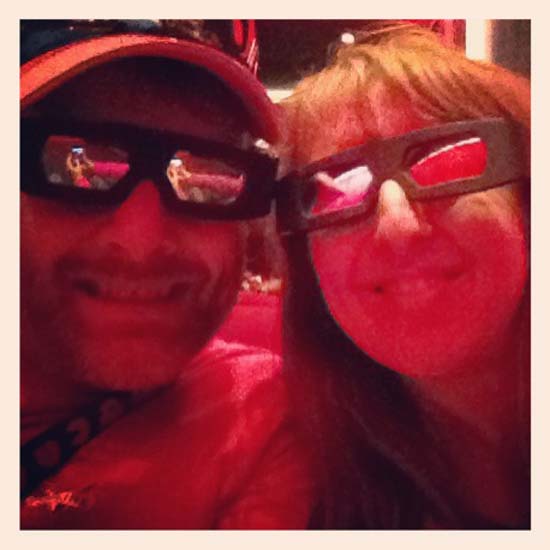 The film was great and I definitely recommend seeing it. We both thoroughly enjoyed it 🙂 On the way out of the lot we decided that we’d go to one of our downtown favorites and go to a Vegan Thai restaurant called Lotus Vegan. But first, how fun would it be to work here…. 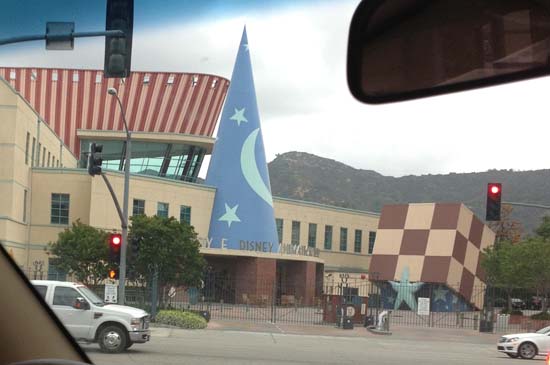 We’ve had some fun Disney events over the last few years I really need to start digging into my old photo’s for a throwback thursday or Flashback Friday blog post! Got to get those memories down on the blog. Anyway Lotus Vegan…. 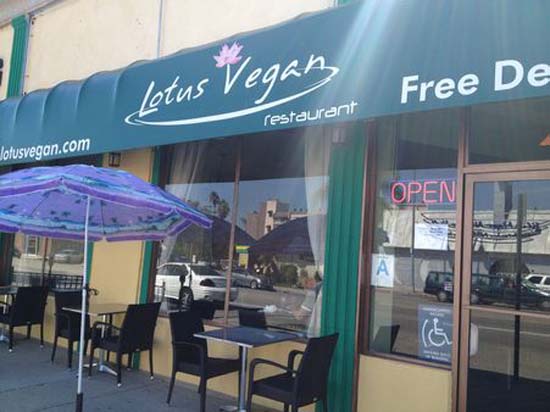 It’s a great little restaurant totally vegan and totally awesome! The staff are really friendly and we’ve always had great service whenever we’ve been to Lotus Vegan. In an effort to try new things I’ve been doing my best to not order the same thing every time we go in, no matter how nice it is 😉 So this time after changing my mind about 60 times I finally ordered. Seriously I think the worst thing about going to a vegetarian or vegan restaurant is having to choose from EVERYTHING on the menu. Normally the veggie section is so limited, now we’re spoiled!

For starters we ordered the satay! This stuff is dangerously moreish! We’ve ordered this before but it’s super awesome and so worth it! Every.Single.Time. If you are going to Lotus Vegan I definitely recommend this as a starter. Yep the pic is kinda blurry, along with about 50% of the rest of my iPhone pics 😉 But trust me, awesome on a plate! 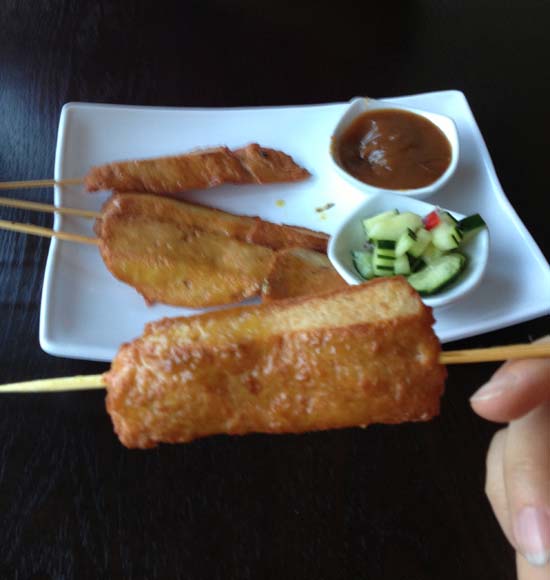 We also ordered smoothies. I love a good smoothie and these did not disappoint! As I recall Bob had pineapple and mango, I had banana and blueberry. Both were delicious, but I prefered mine 😉 I love berries so no surprise really 🙂 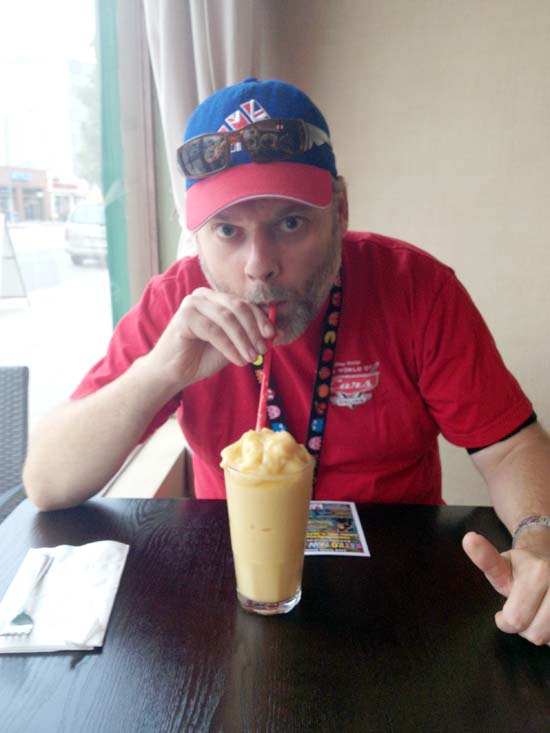 You can just feel the antioxidants through the computer screen huh? They are freshly made and totally delicious! A definite recommend if you are visiting Lotus Vegan! 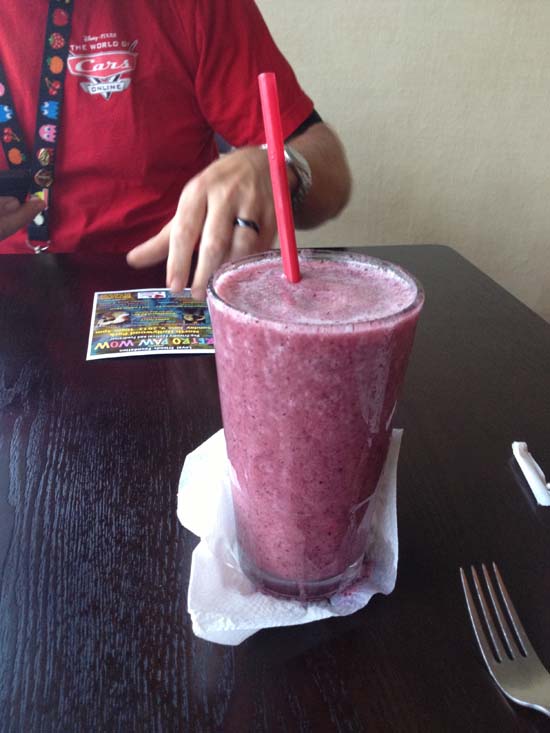 For our main course we ordered dinner specials. These meals come with brown rice, spring roll and either soup or salad. Bob ordered yellow curry (his staple!) and I opted for crispy chicken. I love their crispy chicken. It might sound silly but it’s how I imagine KFC to be, even though I’ve never had real crispy  fried chicken!!! Anyway the Salad came and I just want to say it’s light and fresh, and the peanut sauce is a great addition to this salad, really brings out the flavor of the vegetables. 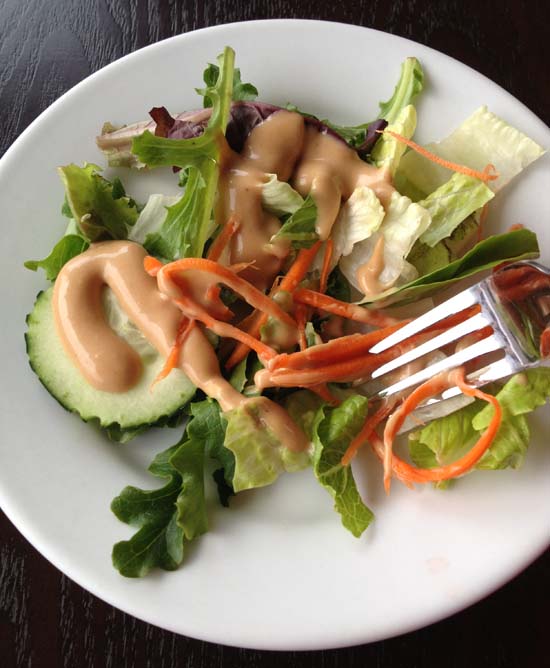 It doesn’t look much but it was a really nice beginning to the main course. Bob had the yellow curry with chicken. It came with brown rice, a spring roll and some sweet (I think plum?) sauce. As it’s thai it’s a coconut curry and whilst I like coconut… in a curry, not so much. Bob really enjoys this though! 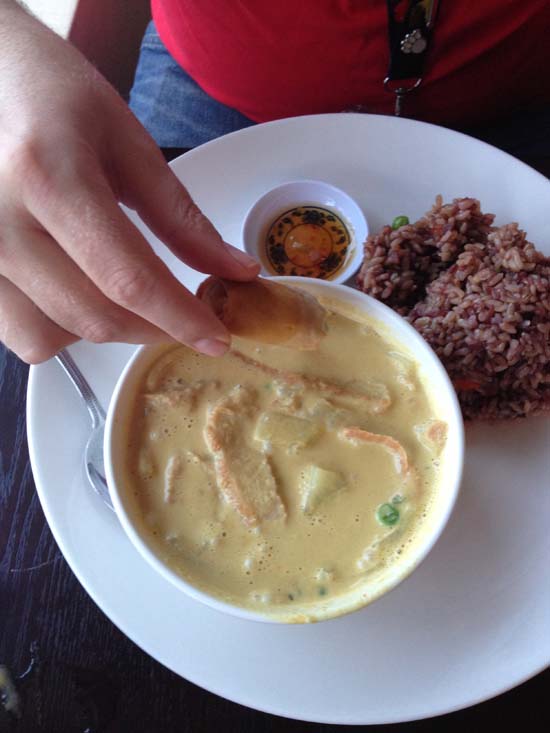 As I said I had the crispy chicken. When I first went to Lotus Vegan a few years ago our friend had crispy chicken with pancakes, which at the time seemed an add combination. I’ve since learned it’s an American thing 😉 However I’ve had the chicken and pancakes and it totally works! Who knew? So I tried the chicken and rice and that’s good too. Frankly they could put anything with this chicken and it would probably work 😉 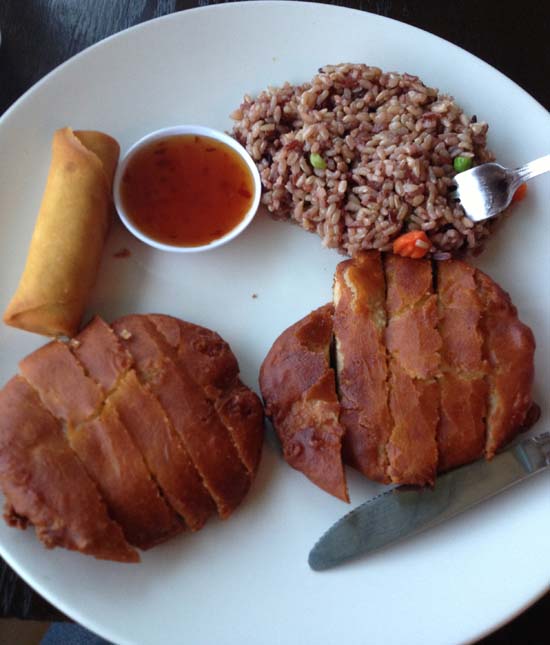 You get a big portion of the chicken and honestly I think I prefer the pancakes, by a hair. Not as healthy, BUT in a cheat meal day so good 😉

I’m not a big Thai food fan but Lotus Vegan has lots of options not just the traditional Thai food fare, which means it has something for everyone! Previous visits I’ve had the wraps and they are great!! Who knew a wrap could taste so good? In all I haven’t had anything there yet that I’ve not been happy with 🙂 Try it out, you’ll love it!

Have you been to a vegan restaurant before?