I always said that if I tried somewhere new (or revisited old places) I’d do a blog review, so here is a blog review on Cafe Graikos. As it implies the menu here is greek and we’ve been here before a few times, and aside from one time have never been disappointed. We hadn’t been in a while so we were a little dismayed to see NO SIGN on the front declaring Cafe Graikos open, but upon driving by we saw it was indeed still there so we parked up and sat down ready to eat. 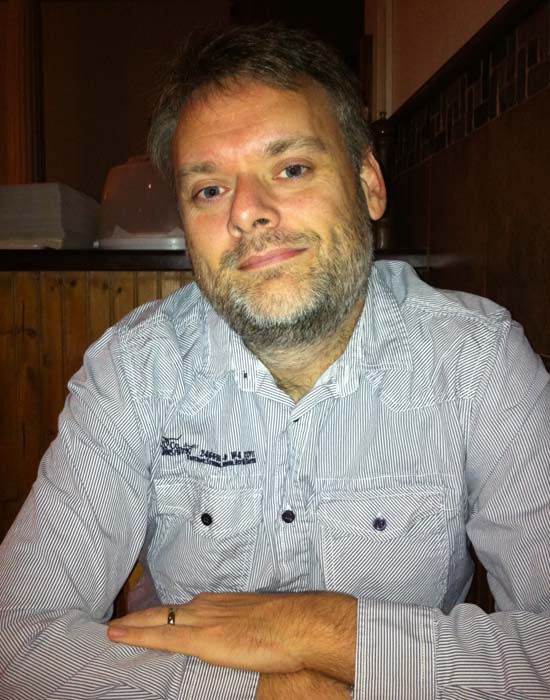 Our waitress came over and we ordered drinks (iced tea for Bob and raspberry iced tea for me). We also ordered out starter “Skordalia Mashed potatoes blended with garlic, cilantro and lemon juice. Garnished with Greek Pepperoncini. Served cold.” It comes with pita bread (as does pretty much everything) and Bob managed to wolf down the whole lot himself 😉 Remember I don’t eat bread cos of the wheat, even though I was REALLY tempted. 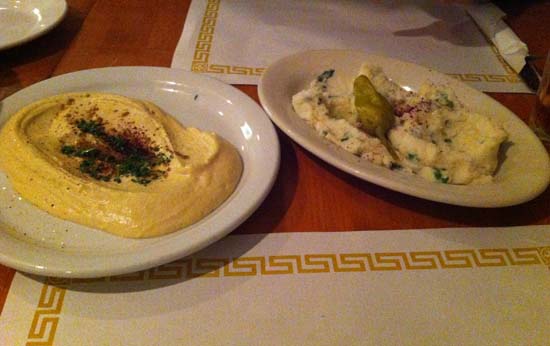 The hummus is for later 😉

For main course I ordered “Lentil -Horiatiki A traditional Greek salad of tomatoes, cucumbers, green bell peppers, onions and mint, mixed with lemon juice and olive oil. Served on a bed of lentil pilaf.” I’d had this before and it was delicious, but be aware the portion is HUGE. Definitely enough for two people. I definitely recommend it though. The cold lentil pilaf was delicious and it also made me think about using olive oil and lemon as a salad dressing. 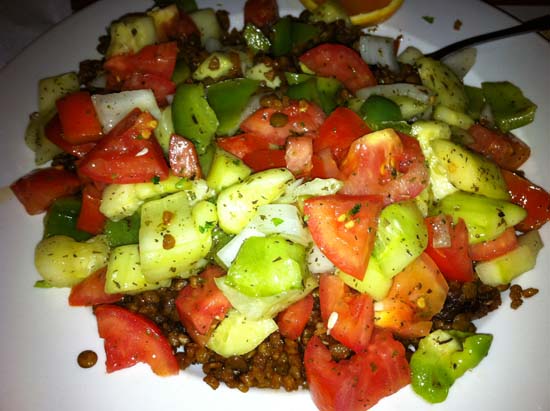 Now as it was date night & cheat day I ordered some fries. Not a huge fan of the thin cut fries but these were quite nice. Not a patch on Red Robin bottomless fries but the portion size made up for that 😉 The basket of fries is HUGE and definitely two person portion. I managed to save half my lentil-horiatiki for Sunday by filling up on the fries 😉 We used the hummus above as a salad dressing, (bob had some on his wrap) and we dipped our fries in the hummus too 😉 Try it! 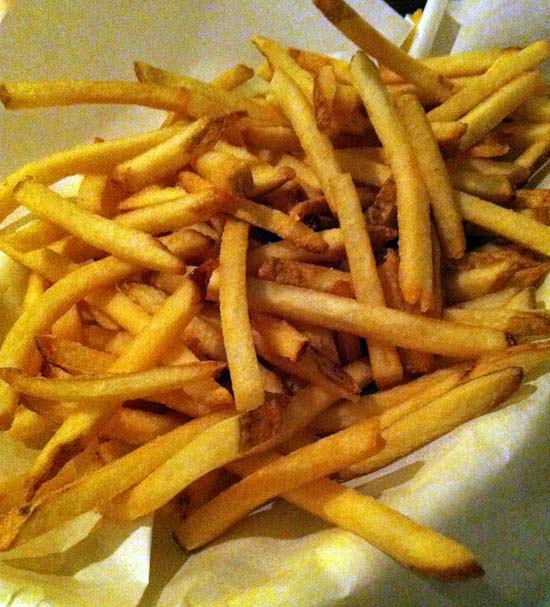 Bob had a felafel wrap, which he saved half for Sunday too (big portions). To counteract this he made a sandwich from pita (they refill these so you’ll never run out), fries, hummus and tahini. In England we call fries chips, and with bread this would be a chip butty. So he’s digging back to his roots, and usually makes a butty where possible. He wanted the photo taken for posterity. 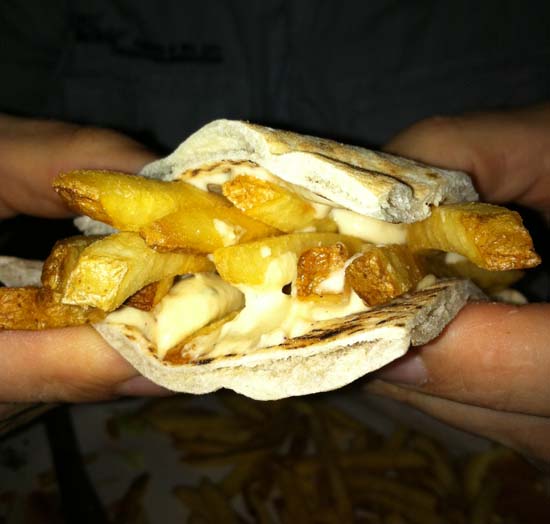 It does look tasty and the carb junkie in me craves it (and real chip butties made with UK chips, bread and butter!) but I resisted with my fries and hummus. Bob didn’t and soon gobbled the greek butty up! 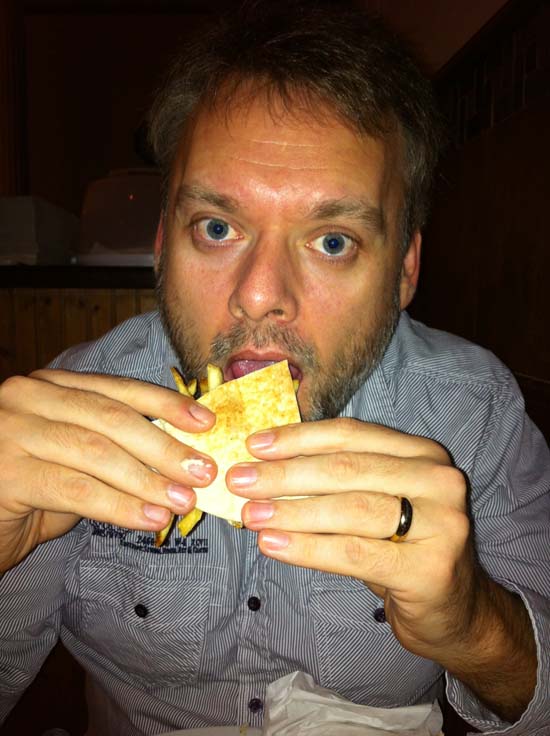 Cafe Graikos is a nice place, small restaurant and it can get busy Friday & Saturday night (especially peak times). We enjoyed our meals and had leftovers for the following day. The great thing is it’s next to Whole Foods so we popped in there for some shopping (and only bought two things, beer and granola, it’s a record!). Definitely worth the drive though 🙂