Today is National waffle day and to celebrate I thought I’d share a waffle recipe I made recently. As always I take a recipe, and then switch out ingredients to make it healthier, cleaner, and wheat free. You could substitute whole wheat flour (no white flour!) instead of the oat flour, or try some other flour for shits and giggles! 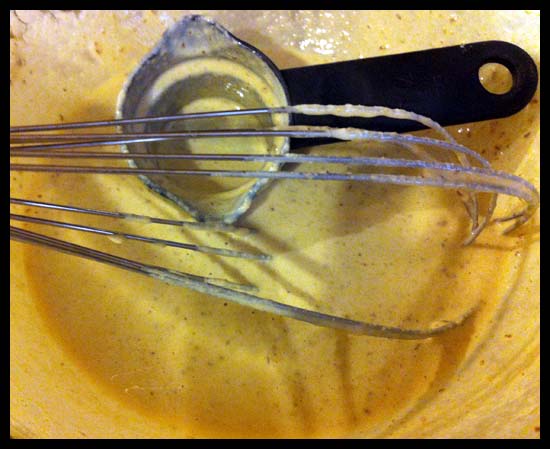 Cook as per your waffle makers instructions. You can always tell homemade waffles cos they have corners missing 😉 You can simply add a little more batter to prevent this, I like the scraggly look. Also one side tends to be crispier and more defined than the other, just flip over so the better side is face up 😉 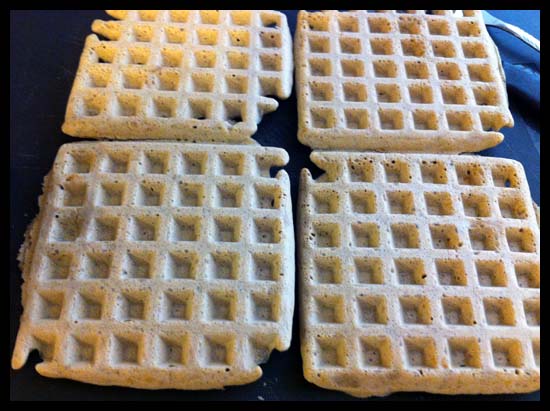 Place onto plate, they look kinda yellow in this pic, but they weren’t! They were white. If you miss the yellow color choose a different flour. There are so many available now. I have peanut flour to use (Use sparingly, it’s pretty flavorful!!! I’d switch out the 1/2 cup of oat flour for 1/2 cup of peanut flour in this recipe, sounds good, might do this next batch!). I also have coconut flour, which I haven’t even touched yet! 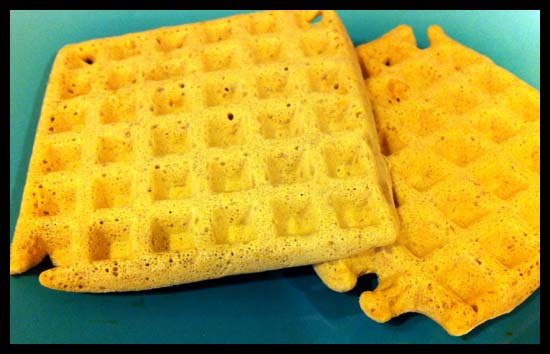 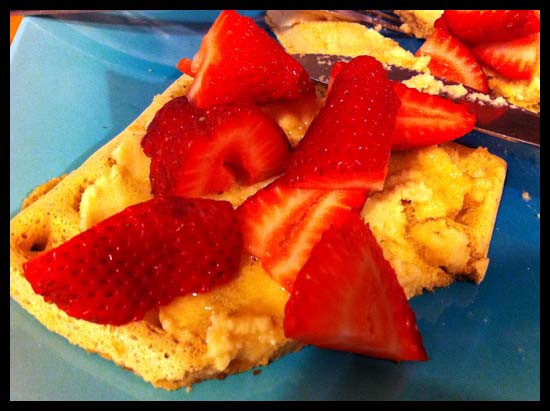 Cashew cream (recipe soon, tweaking this one still and need pics!), maple syrup, jam/jelly, peanut butter, ice cream, fresh fruit. If I had to pick a clean/healthy version I’d pick the cashew butter, then maple syrup over jams/jellies. Most jams, preserves have added corn syrup and sugar. Skip it, you don’t need it, instead add a light drizzle of maple syrup (natural sweetener) and some fresh fruit! With the strawberries and cashew butter these waffles were delicious!

The recipe makes 12 waffles, and we had 2 each leaving 8 remaining. Usually I put the batter back in the fridge and use it the day after, this time I opted to cook it and freeze the remaining waffles. Didn’t know you could do this? Neither did I, but a Google search tells me you can.Pop in the toaster straight from the fridge seems to be the general consensus as defrosting makes them soggy. To freeze place on a baking tray (single layer) pop in freezer for 30 minutes, then place in ziplocks (I opted to put a piece of wax paper between each one). 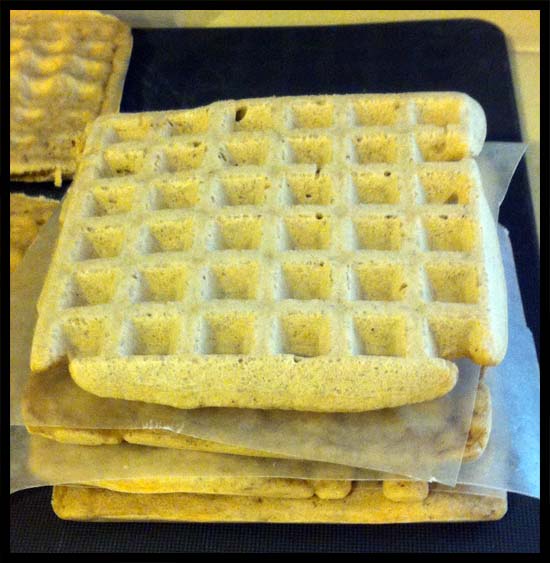 We actually got around to trying these reheated (what I was waiting for before posting) and I have to say they were BETTER reheated. Homemade waffles are always kinda chewy I find, but reheated they are crispy awesomeness! I actually made some peanut flour ones at the weekend (tweaking the recipe a little) and will let you know how those turned out 🙂 They are in the freezer now… 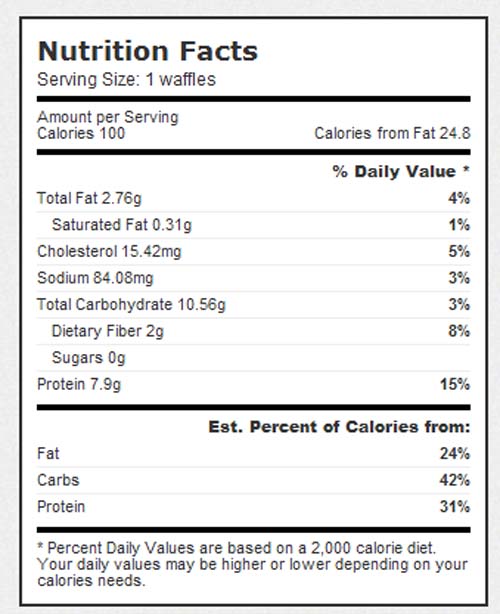 Breakdown from recipe input on LIVESTRONG.COM

Using oat flour adds more protein than wheat flour but also adds more carbs, but GOOD fiber filled carbs 🙂 However look at the difference compared to Eggo waffles! The carbs are LESS! With 4x the fiber and zero sugars. Whilst the cholesterol increases with the homemade waffles (big deal?) look at the difference in protein and sodium!!! Protein is triple the amount than the eggo waffles (remember my version is PER waffle vs eggo serving size of 2 waffles). The sodium content drops from 520mg to 170mg!!! Considering MY salt intake should be around 1250mg a day this is a HUGE savings! The average Joe should be looking at salt around 2500mg a day or 1teaspoon. 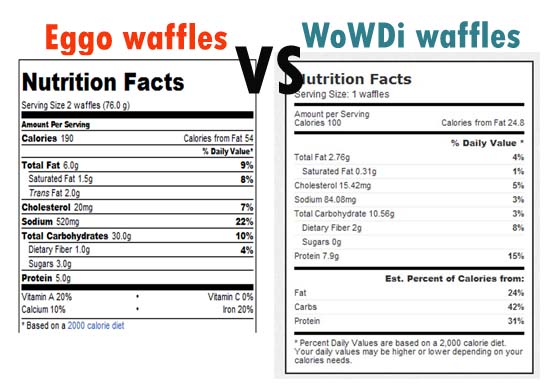 Another benefit of making your own is $$$!!! Eggo waffles are around $4 for a box of 8. This batch probably cost me half that amount! For 50% more waffles 🙂 More $$ to spend on toppings 😉 What you don’t get with homemade is:

So you gonna ditch your Eggo waffles and give these a try?