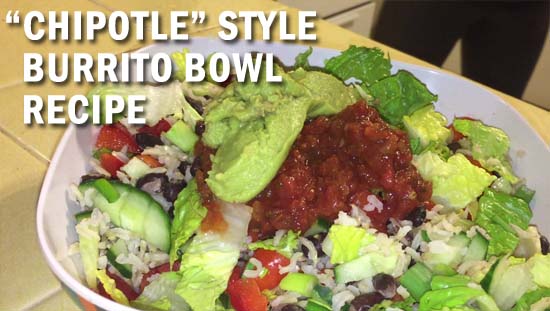 BOOM! Hear that? That’s the sound of shit getting done. Namely it’s the sound of me uploading to YouTube, posting on social media and the blog, and generally getting my shit together. Nope hell didn’t freeze over, I just decided to make motivating, inspiring and sharing a priority. So with that here is a “what I ate in a day” post (including a recipe for a burrito bowl a’la Chipotle) as a plant based or vegan athlete. Why share that? Because:

As a renewed commitment to community building I made a meatless monday vlog about everything I ate in a day which you can see below. If it doesn’t play then stop by my YouTube channel, and subscribe! I’ll be uploading videos every week, including recipes, vegan food, workouts, fitness stuff, health, vlogs and more!

Most days are the same for me breakfast wise. Big glass of water and then a bowl of oatmeal followed by a cup of tea. The oats are just old fashioned rolled oats with protein powder, ground flax seed, rice milk, and a banana. Yummy! 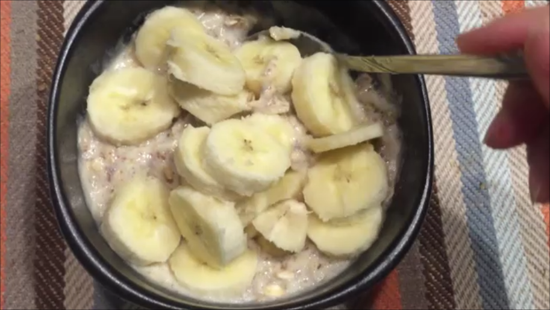 After morning clients and classes I went grocery shopping then hit the kitchen to whip up this Burrito Bowl. I love chipotle but damn the sodium content there is through the freakin’ roof and with PKD I just can’t justify that as a regular place to eat! Did you know that Chipotle was high sodium? Like seriously I can get my whole days RDA from one burrito bowl! Time to fix that by making my own…

The burrito bowl kept me full for a while but I knew that I wouldn’t be eating till late so I needed a snack to tide me over. I was wanting something savory so I toasted a bagel and added this Suma Savoury Herb Pate that I picked up on our recent trip to England. It hit the spot, and I loved the pate, but the bagel bloated me. I have an issue sometimes with bread doing that and this was one of those days… 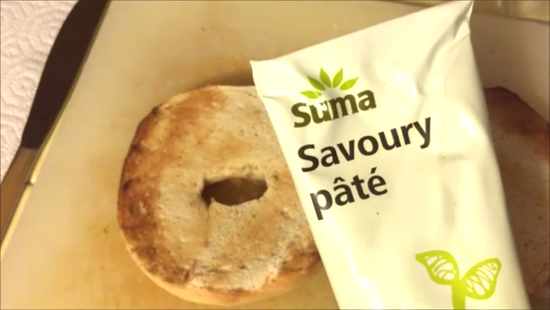 Oh Em Gee! Ok, this isn’t something we have a lot but I was out late working and wanted something quick and easy, and to show you that vegan does NOT mean deprivation. I swear I don’t eat junk like this every day, but nor do I just eat lettuce all day. Balance people, balance! Yes this is vegan. Yes that’s vegan hot dogs, on vegan buns, with vegan chili, and vegan cheese. All cruelty free so no excuses! And yes they were delicious! 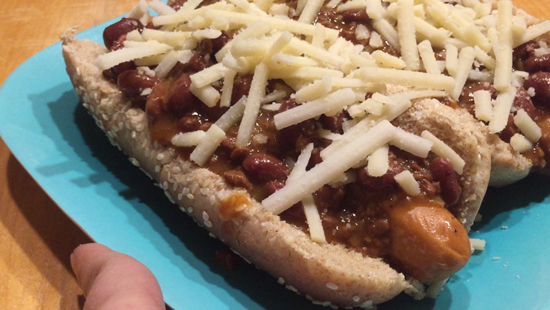 And that was everything I ate. Did it surprise you that everything was vegan? And for those wondering yes I got a TON of protein. All foods contain protein. No vegan ever died from a protein deficiency. When I track my macros in MyFitnessPal I always get more than my RDA of protein.

Have you tried Chipotle?

Are you meatless on mondays?