Ok time for a race recap! Sunday we ran the Boney Mountain Xterra 6k trail race. Now I will say the ONLY reason we ran this race is because I want us to run one race a month (minimum) and this was the only one I could find that wasn’t crazy expensive. Plus I figured we hadn’t done a trail race so it’d be fun… hahaha that seems laughable now as I sit here with almost every muscle in my body screaming at me. Anyhow onto the raceday review!

Let’s first start by saying that this race was well organized. All the info was available on the website, emails were sent, everyone received the info to know what to expect, where to go and what the race entailed however the info just doesn’t input into your head. The sheer enormity of a mountain run just slips your mind because hey it’s “just a race” right? The map of the race is below. What it doesn’t tell you is the 800 ft climb total, 4.5 miles long (so more like 7K) and brutal! 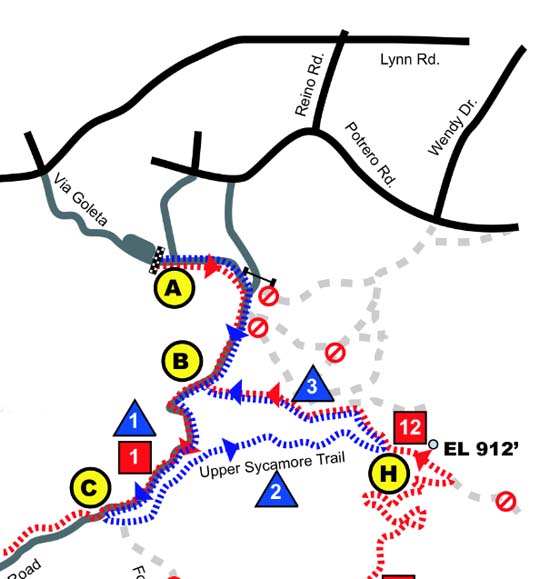 The Sunday morning started early for us, we knew the race started at 8.30 but there was a shuttle to the startline so we needed to allow extra time. Neither of us were sure we were running as both of us were suffering with stomach issues. Not 100% sure if just a bug or something we ate Saturday (chili with sriracha sauce). Most likely the latter I think 😉 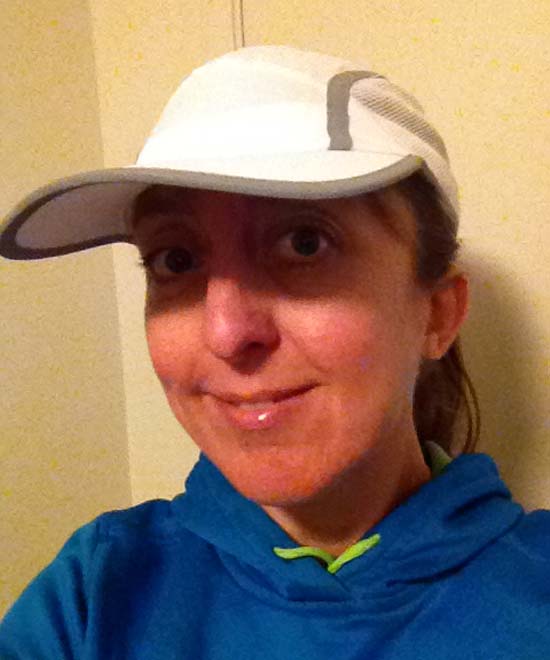 We left the house at 7:10 and took a little unscheduled detour as the freeway ramp we planned on taking was closed that morning, but we arrived with time to spare. After picking up our chips, bibs and t-shirts and securing them we headed to the shuttle pick up and start line! There weren’t that many crazy people out at Newbury park on a Sunday morning, but by the time we got there the 22K people had already started 😉 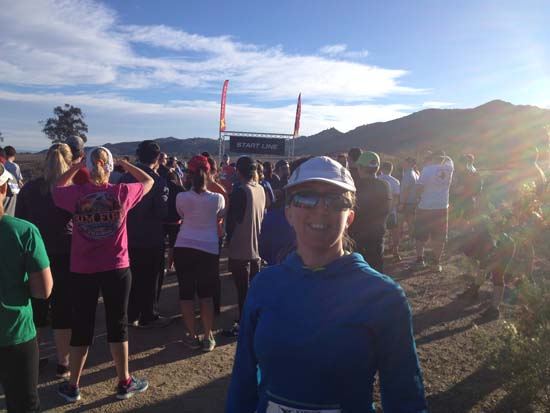 Bob and I were looking forward to a nice scenic Sunday morning run ! 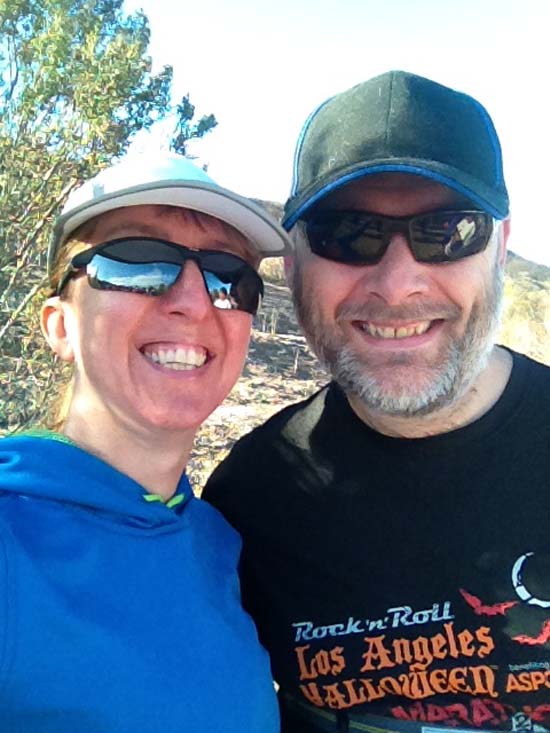 The run was BRUTAL. Starting with a small climb and a steep 1/2 mile descent down the mountain. I don’t like running downhill and took it cautiously easy. Bob took off like a bull out a  gate though, he prefers downhill! I soon caught him up at the bottom where we leveled out before heading up the STEEP mountain. One thing about this run was the single track. I’ve been on single track on my dirtbike but not running. It’s infuriating to be stuck behind someone running slower than you, or walking. So I had to get out my head space a little and just focus on breathing and saving energy during these times. I will say I walked the steep parts. Just more energy efficient. At the top the view was lovely though! 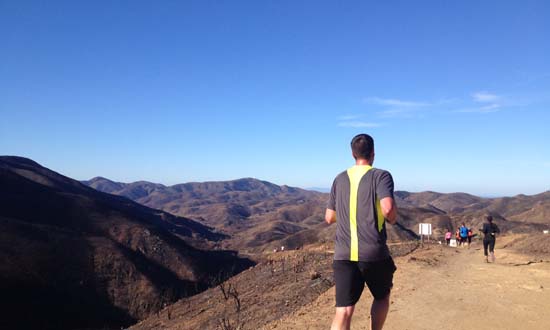 I will say that the ascent was mostly missed by me as I was so cautious of where I was putting my feet. Lots of dirt, sand, rocks and tree branches. I’m pretty accident prone so I have to be uber careful in these situations. I saw a guy in front of me lose his footing and almost fall on his ass… I’m sure there were a few scrapes and falls that morning! I stopped at the top for a couple of photo’s and a drink at the water station. 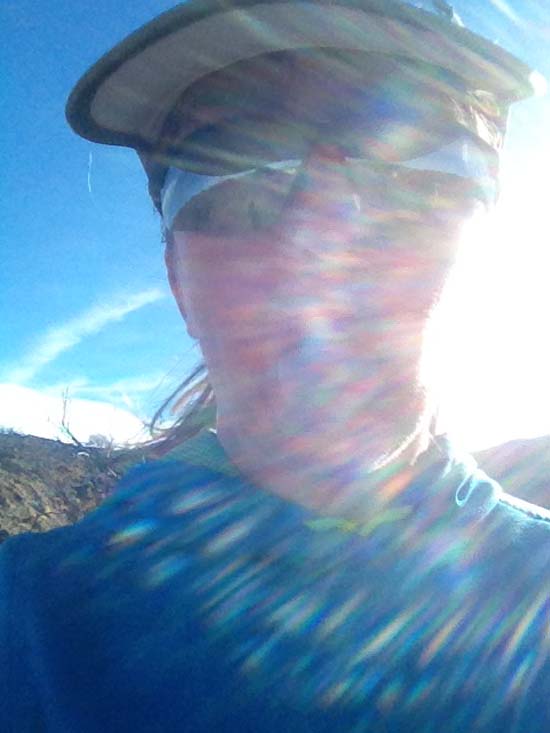 Once at the top we came around and back along the first road we ran along for a full 4.5 mile loop. The whole race I told myself I could walk the hills but the flats and downhills I had to run, and I kept with that strategy. I finished with a time of 48:14 which honestly I was pissed at. Then I remembered the walking and the steep hills and let it go. I got my finishers medal, grabbed some water and then waited for Bob. I saw my friend Teresa come in with her friend at 56 minutes then Bob came in after at 57:01!  He grabbed his medal and then we stretched whilst discussing the race. 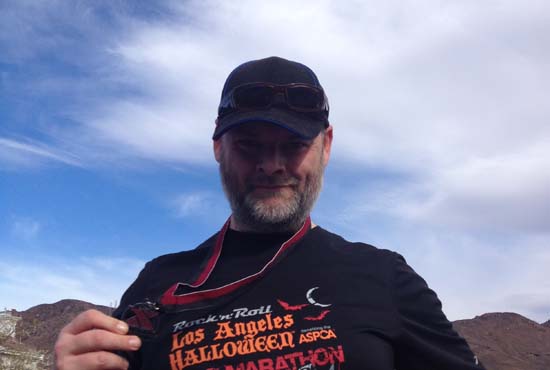 After we drunk our water and had a snack, banana, we caught up with Teresa  and Kristy to hear their thoughts on the course. Then the announcer mentioned that the results were in so I checked the board and by some fluke I got THIRD in my age group and another medal! My time was 48:14, 3rd in age group, 94/174 overall and 31st female overall. 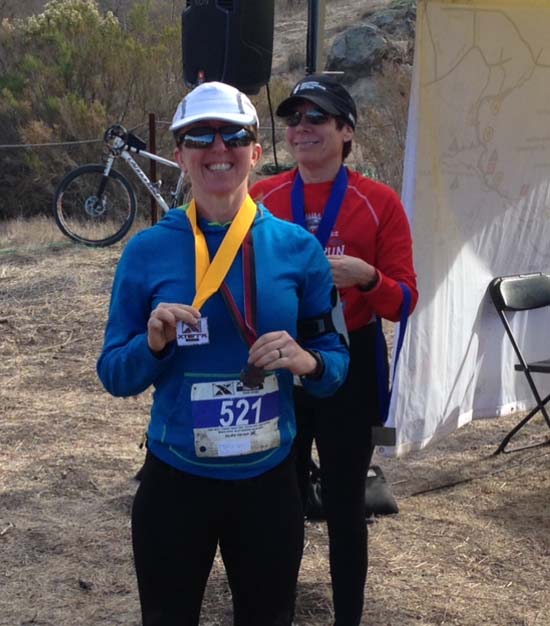 I never felt like I EARNED a medal more than these two! 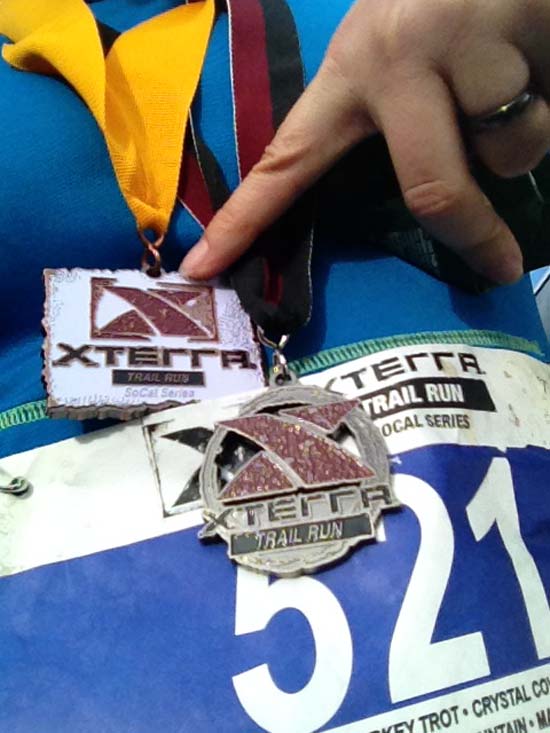 Now we were both exhausted the rest of the day, remember we were both sick with the flu/cold virus over the holidays and this was our first race of the year. Neither of us was at 100%! I will say we woke up Monday morning and were both hobbling about the house groaning in pain at the DOMS. My butt is on fire. Amazing how the trail runs work so many muscles you don’t work road running, back, obliques, glutes, adductors and even my rhomboids! Total body pain! The only thing NOT hurting was my chest and biceps.

Great race and another for the medal wall, now onto duathlon in February!!!