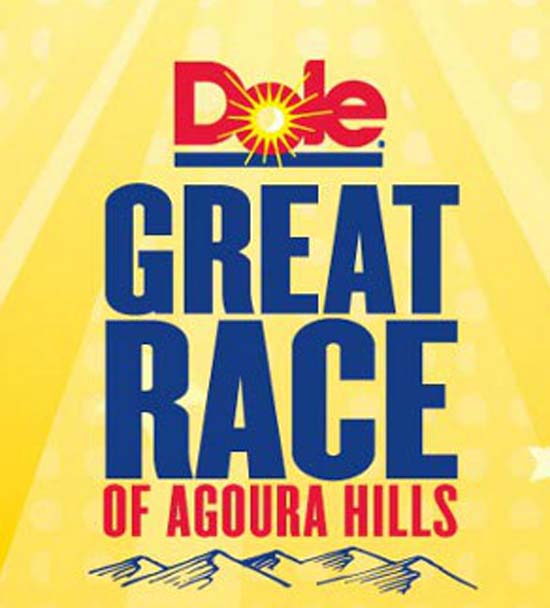 So today I’m going to recap the race we ran Saturday. Of the four distances offered at this race we opted to do the Deenna Kastor 5k which we did back in 2011.

The Great Race is proud to name its 5K after former Agoura High School standout Deena Kastor, who set the 5K WORLD RECORD at 14:54 in 2002. Deena grew up running in The Great Race. She won the bronze medal in the marathon at the 2004 Olympics and holds U.S. records for the 5K, 8K, 10K, 15K, half marathon and marathon.

All that sounds great right? Great way to honor an awesome local running celebrity!!! Yet on the race bib it clearly states Equinox 5K, as it does on the timing website. Ah well. Everything is sponsored and commercialized these days right? We arrived, parked about a mile away from the start line and waited for the start. 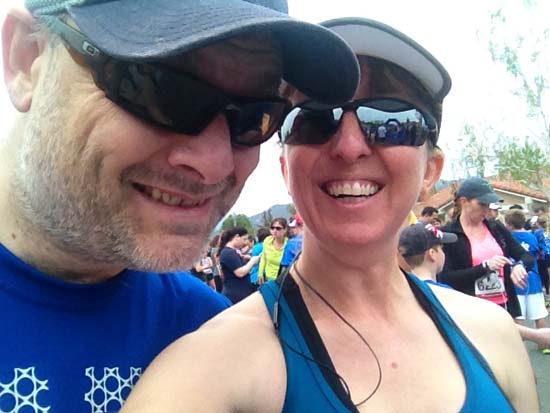 The race was pretty busy with almost 950 other people! 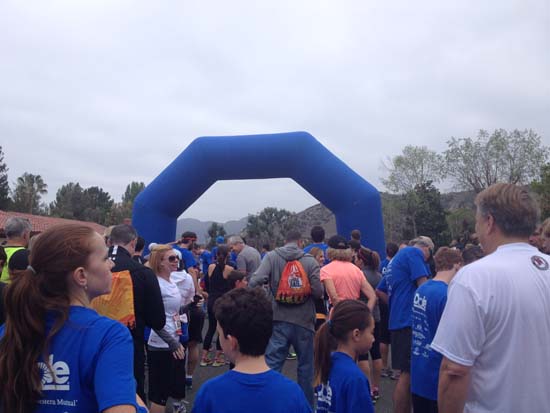 Agoura Hills is so pretty. The weather was perfect too. Slightly overcast and cool. Apparently perfect conditions for a PR as the announcer kept reminding us 😉 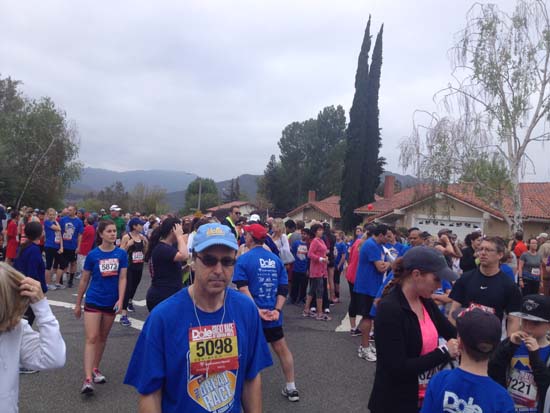 The race itself was good. It’s a loop course which I always prefer, keeps the scenery fresh 😉 I listened to bodycombat muay thai music to keep me pumped and it did it’s job! I pushed through the course and though not a PR was the fastest I’d run in almost a year! At the finish I grabbed my medal and took a #selfie in the midst of all the other 1000’s of people! 😉 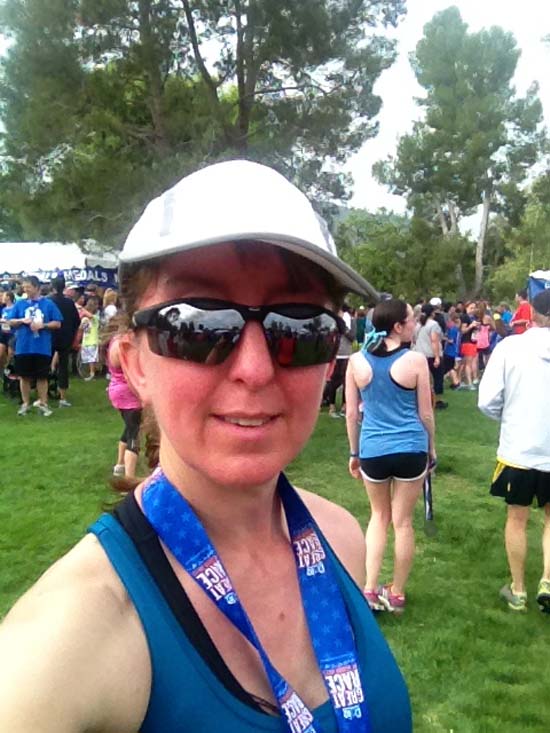 The medal was pretty nice too! Love me some BLING! 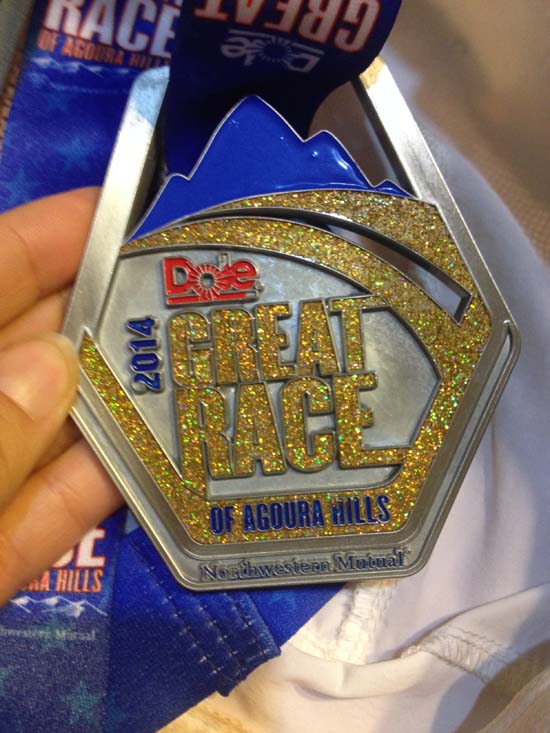 After getting the medal I stretched and whilst waiting for Bob to finish I lined up for my results. I knew my Garmin time but wanted an official time. This race had a neat feature which was LAPTOPS at the results desk. Simply put in your race # and up popped the results. 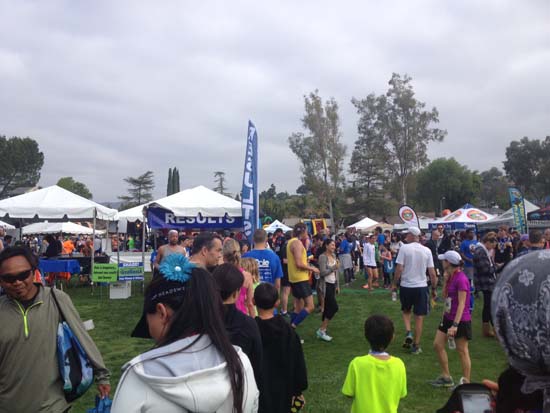 From the results I saw my garmin was 2 seconds quicker, and I got 2nd in my age group! I was stoked to get 2nd! 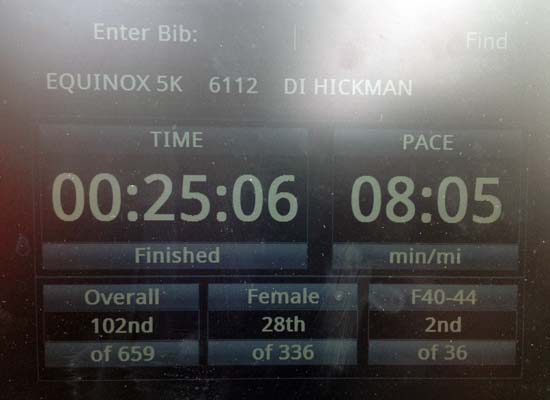 However, post race yesterday, I saw that I was 3rd. It seems LOTS of people were missing their race results!!! Not cool! It also seems that some were missing the appropriate medals! We’ve been to races that have run out of t-shirts, medals, food, water and had timing issues, seems like this race was no different! 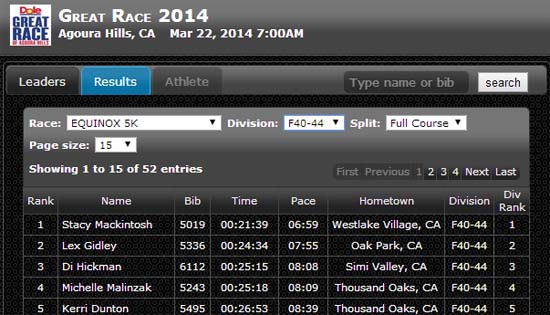 So far I still sit in 3rd, which I am definitely happy with but the whole point of chip timing is instant results so I’m a little annoyed more than anything that the results from infinity timing were displayed wrong in the first place. I also think it’s odd that the times used on the website for ranking are GUN TIMES. Who uses gun times for final ranking? We use CHIPS for a reason. Crazy! Anyway my chip time was 25:06 not the 25:15 below… 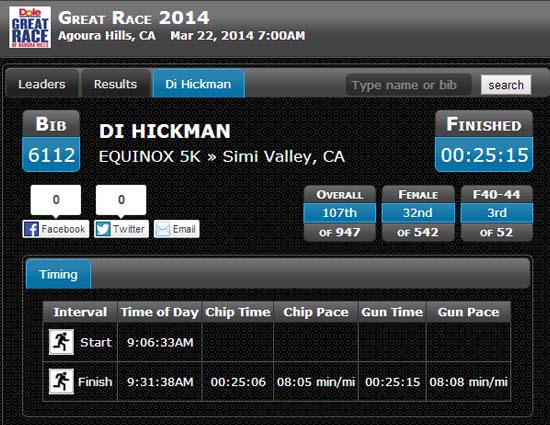 Bobs result is also out of whack. Shown below is the GUN TIME, his chip time is 29:02! 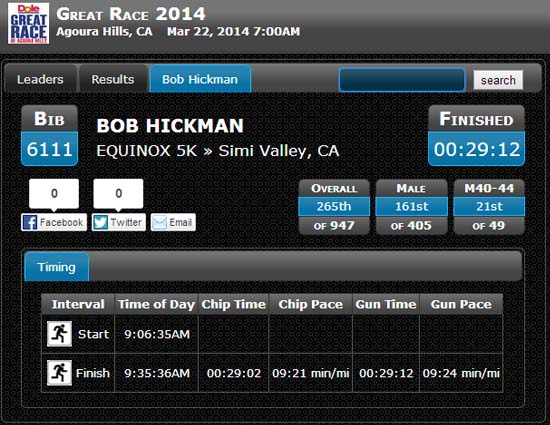 I will say that the duathlon we did recently also had chip timing issues (different company). It goes to show that technology IS not immune to mistakes. Also that issue still hasn’t been truly fixed which is more annoying! Overall we had a great race, but wow the chip timing, and medal issue has left a few people on facebook unhappy. We had fun and got our finisher medals. 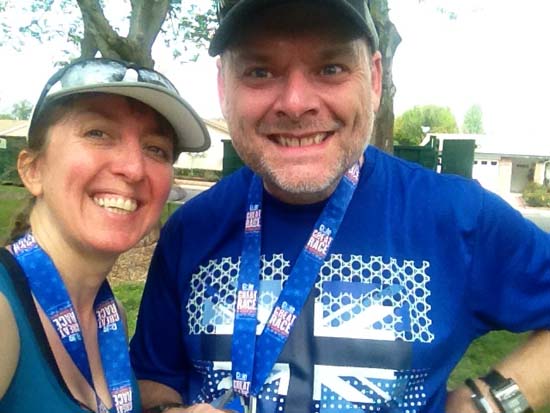 Now to the big question: would we race this one again? I’m unsure. The course is great but it just feels like the race has gotten too commercialized and busy. There were also a TON of people walking right at the start which really caused some congestion through the first downhill. I saw a LOT of jostling and shoving 🙁 I just put my head down and ran my own race. Even then I nearly got tripped up a few times by people darting in and out. Maybe we’ll give it a go again next year if we can get the same deal we got this year ($25 registration).

Up next is the Hollywood 5k in April, then also in April the duathlon and the Gator run!