So Saturday was our first run since the Arroyo Creek race on August 11th! That’s a whopping 6 weeks without much running. Bob and I had gotten out the last two weeks and run a couple of miles (2 last weekend) but really we were both vastly unprepared for this race. So finishing was the goal! Especially for Bob as he was running in his vibrams for the first time. Friday afternoon I picked up the race packets from Sports Authority in Westlake and got the feeling that this would be a quieter than usual race. Bill at elite sports ventura county runs a few races locally and this is probably one of his quietest for sure. But fun for us as it meant we got a nice clear track and we got the chance for good age group positions.

I’d taken the morning off work for this race, and was happy to see some of my class members out at the town center to run the Simi Valley 5k 10k! This race is part of the Simi Valley days fair and the parade was Saturday morning and I assumed class would be quiet anyway due to that (lots of people with kids attending the parade). The race was at 7am and I COULD have pushed and gotten to class for 8am but I wanted to stay and cheer on everybody and get some race swag. 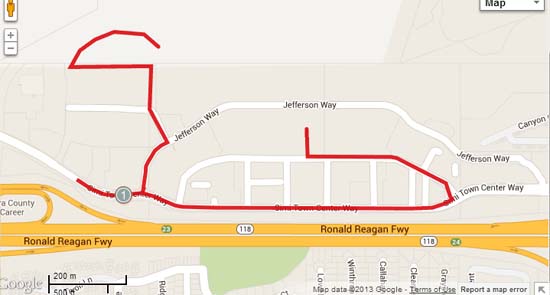 The race started at Town Center, then out onto Simi Town Center way, Right at Simi Town Center way to turn around point and back east bound, left at Jefferson way,  left into Lowes Parking lot entrance, keep to the right along side Lowes, left behind Lowes, right at dirt road, follow dirt road to turn around and come back the same way you went out.  There was a 10k also that was two loops of this course. Neither Bob or I were expecting the little off road trail run at the end and I’m sure that wasn’t fun in Vibrams but there was a guy that ran BAREFOOT so I guess he wasn’t expecting it either 😉 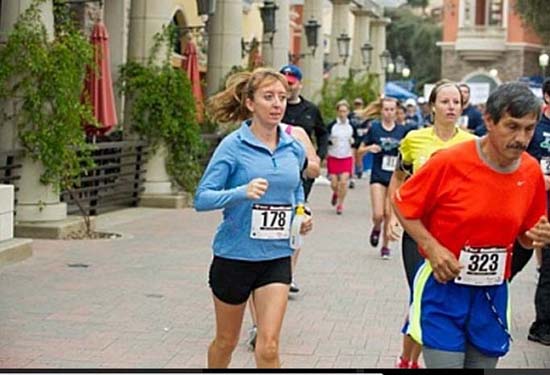 Mile one I felt pretty good. Pace was averaging around 8:05, the uphill took the wind out of my sails though and I realized one thing pretty quickly: this was not going to be a fast race. I ran last months race in 27:05 and I was happy to come in this race at 27:17 with hills and having 10 days off and little training! I finished though and got my finisher medal! 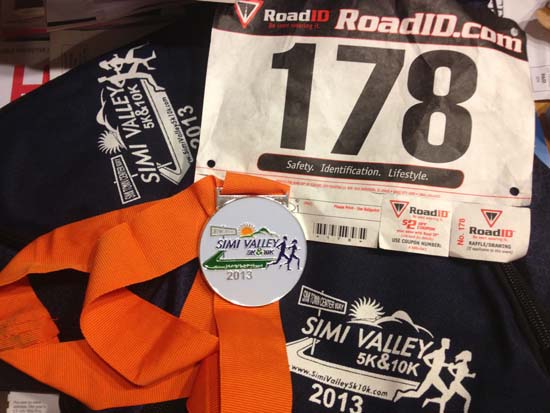 As it turned out I got 3rd in my age group!!! I’ll take that!!! Some of the friends I went with also placed in their age group 🙂 Love small races 😉 Instead of placer medals the race had shoulder bags! I like it. We had a medal anyway so another would be silly, and I like to get a finisher medal for ALL races. The bag is cool too, sporty shoulder bag with the race logo on it. Bob also managed to snag one at the end and won a $10 gift card to sports authority! 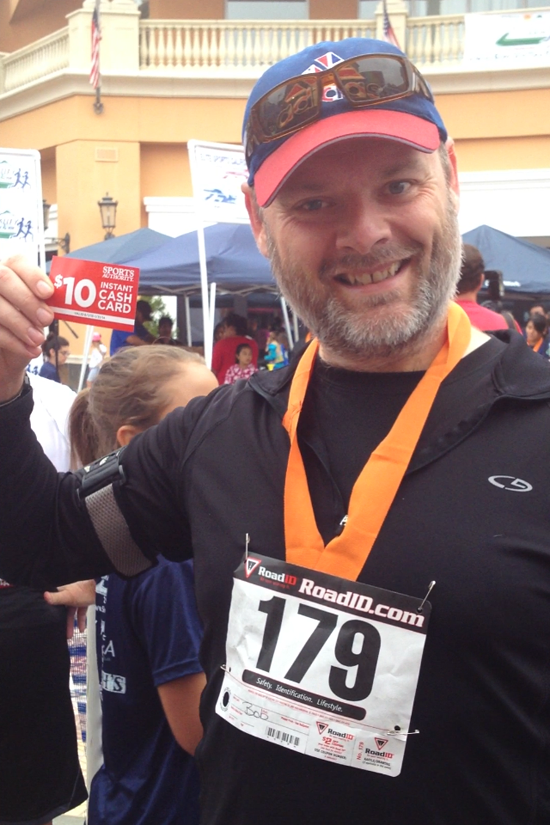 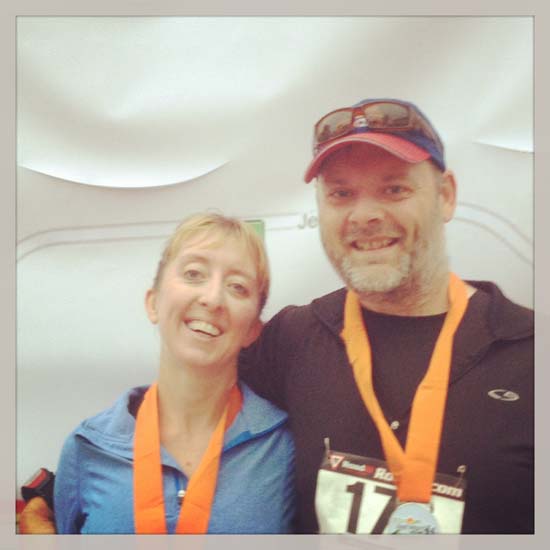 Though Alannah left before we took the ‘girls’ photo! 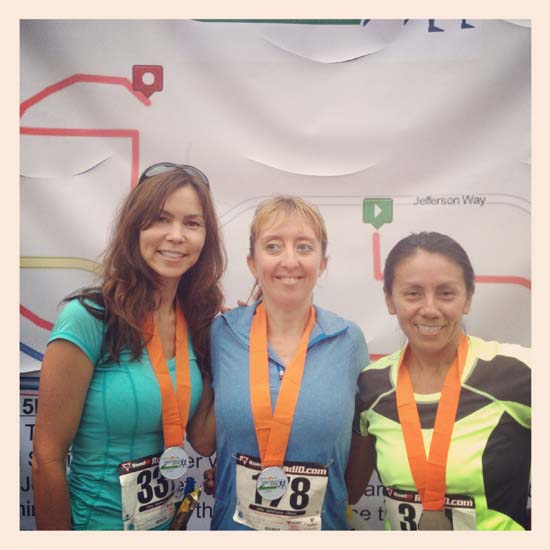 Of course there are race day pix! Blurry as they are online web versions, but I’ll be getting mine for sure! 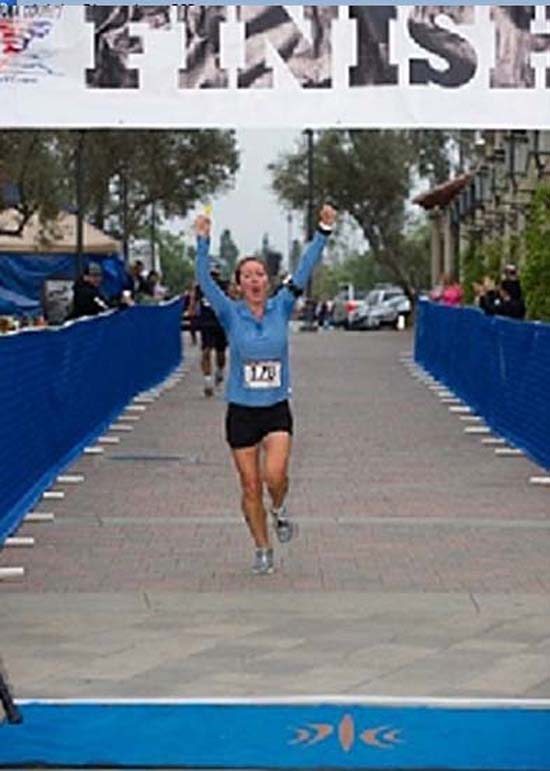 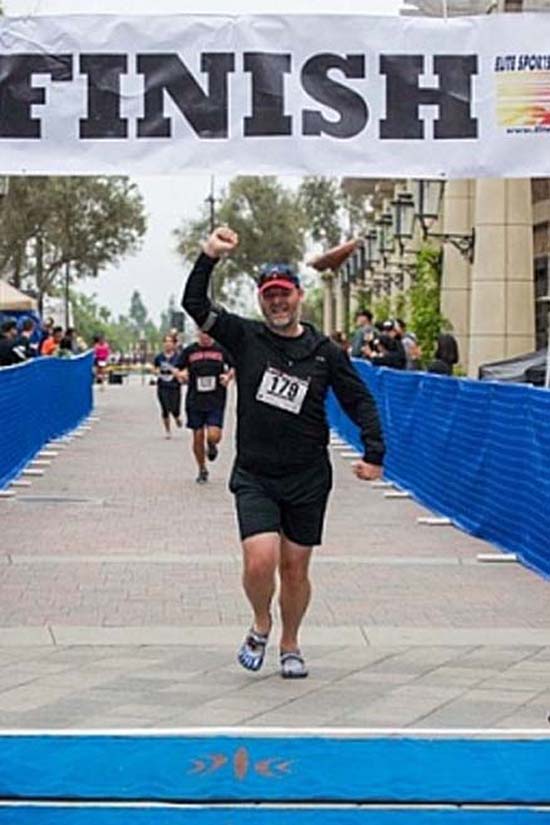 Post race results were LIVE this race (cool!) and on a tv screen at the race. Loved that! Instant results!

As you can see I was a full minute behind 1st and 2nd place, but for no training… hell yes I’m happy! 🙂 One thing is pretty clear from this race though – we need to train for hills as we have Universal Studios 5k race in December which is ALL HILLS, otherwise that race is going to be hella slow!!!

All in all I loved this 5k as it was local, and small. Definitely recommend for next year!