What a weekend!!! Saturday we saw a movie and had dinner at Real Food Daily! Starting with lentil walnut pate, with tofu sour cream, wheat-free rice crackers and crudités 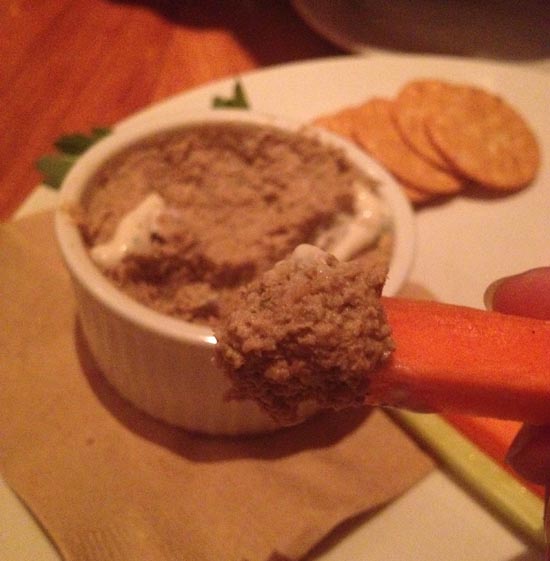 Bob had the club sandwich with crispy seitan, tempeh bacon, avocado, lettuce, tomato and vegenaise on sourdough bread. He couldn’t wait and ate one before I took a photo! 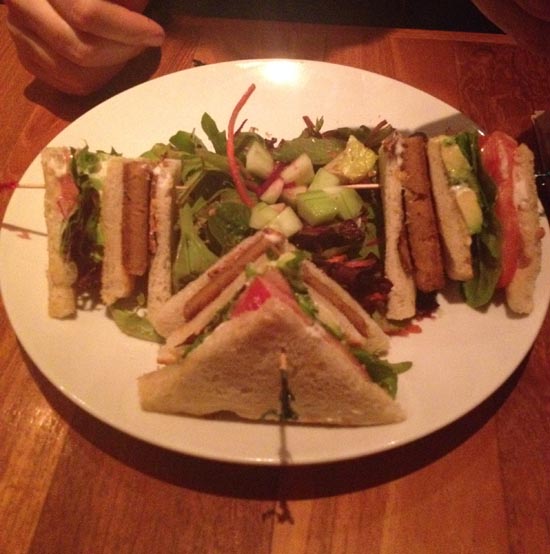 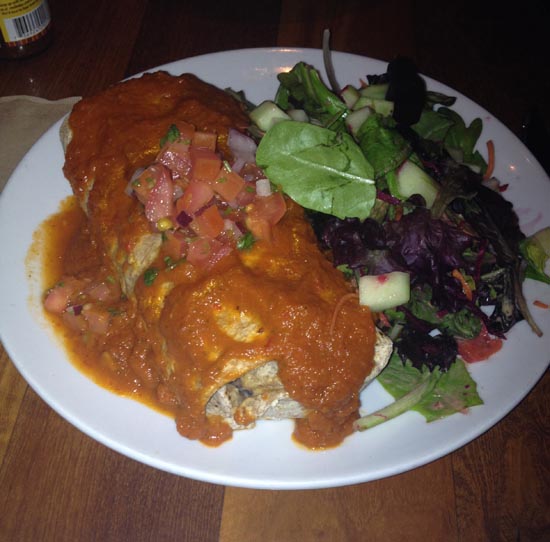 All this meant we were out LATE. Drove home LATE, walked the dogs LATE.  Then Sunday morning we woke up at 5am… urgh we were NOT bright eyed and bushy tailed let me tell you! We managed to get ready in record time even though at dinner last night we decided we were going to run in our Santa suits from last years Jingle Jog. We headed out on time and thankful we did because the parking at Universal Studios was a nightmare. Really hoping they change back to previous years system in future, the bus into the park was a real pain in the butt! We got there and lined up in our bright red suits. We were definitely the talking point of the race 😉 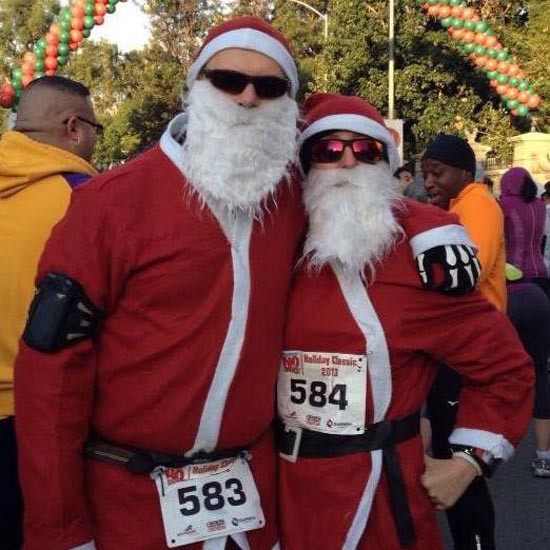 We did a TON of photos for people, including friends! Hi Teresa! 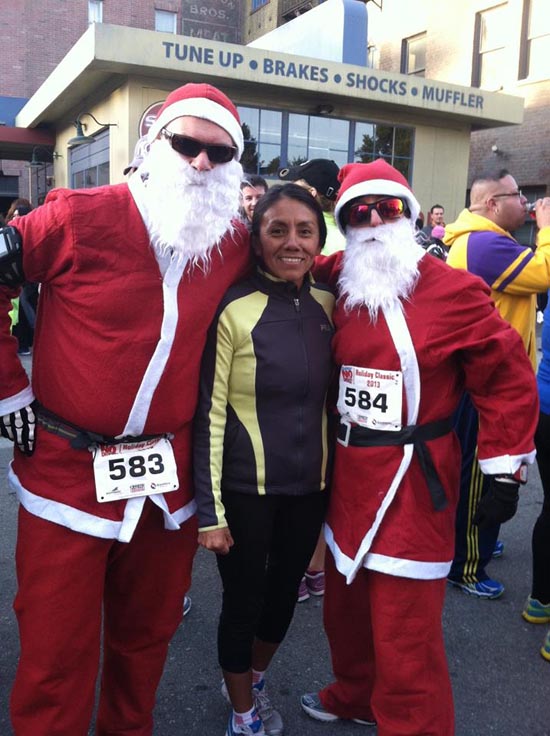 During the race was fun with people shouting “Go Santa!”. I don’t think we realized the attention we’d be getting running as Santa, but it was sure fun! The course was different this year but featured the favorites: psycho house, Whoville, war of the worlds, jaws etc. 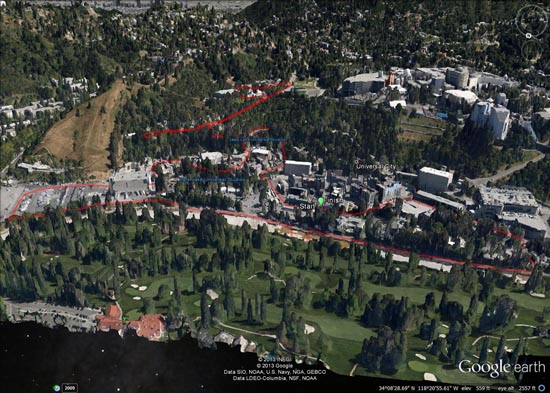 As usual it was the hills that caught people out, including me. As I mentioned yesterday I haven’t trained and Universal hills are brutal! I finished though to people cheering on Santa 😉 And new for this year is a finishers medal which is GREAT! My only gripe is I wish it had the YEAR on it! 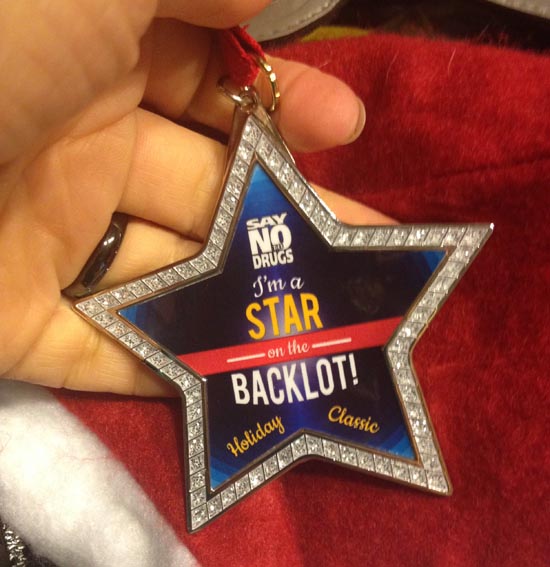 If you haven’t done the Say No to Drugs Universal Studios race I’d highly recommend it. So much to see, and great photo ops (if you aren’t bothered about your time). As always the race time… 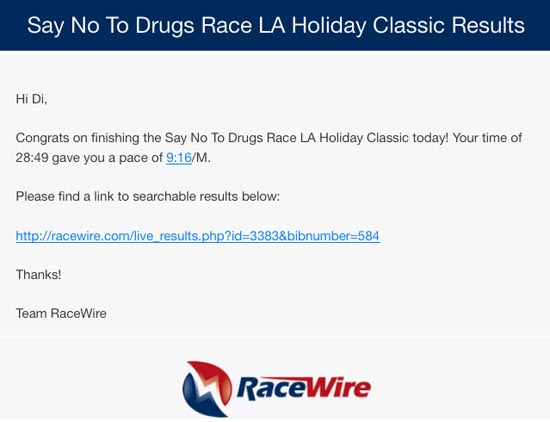 28:49 isn’t too bad, but not great! However 170/1022 Overall and 6/41 in age group which wasn’t bad considering it was FREEZING and we were bundled up running in big red suits! I’ll take it 😉 Bob did well also finishing in 30:49 12th in his age group and 211th overall. We had friends still running but couldn’t hang around as we had to get home, get the dogs walked, get some food, shower and change then head out for another movie…