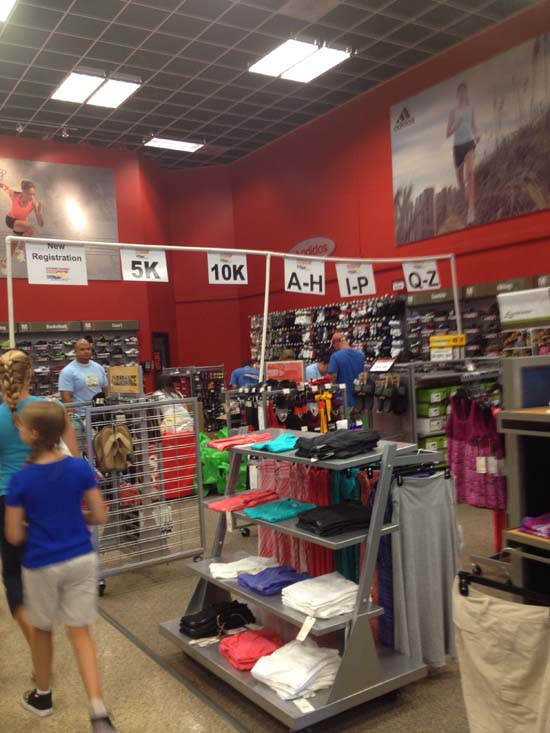 Saturday was race packet pick up at Sports Authority in Westlake. I went straight after morning classes so I beat the crowds 🙂 Packet pick up was quiet and I met Bill (the organizer) and introduced myself, I’m going to be volunteering at race packet pick up for the September race! After a little bit of initial confusion (our bibs and chip numbers didn’t match) we eventually got matching numbers. 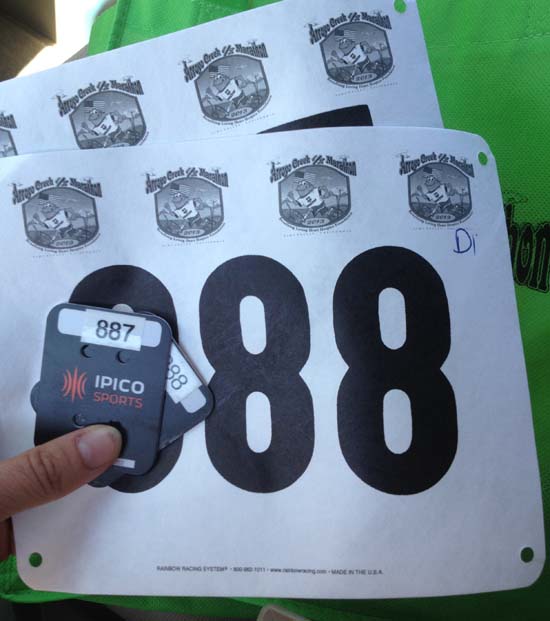 I picked up some cute pink and black running shorts 🙂 20% off with my coupon from packet pick up! The packets were sparse but I didn’t mind. Mostly it’s about the race medals for us. Though we now have 2 more totes to use for grocery shopping! 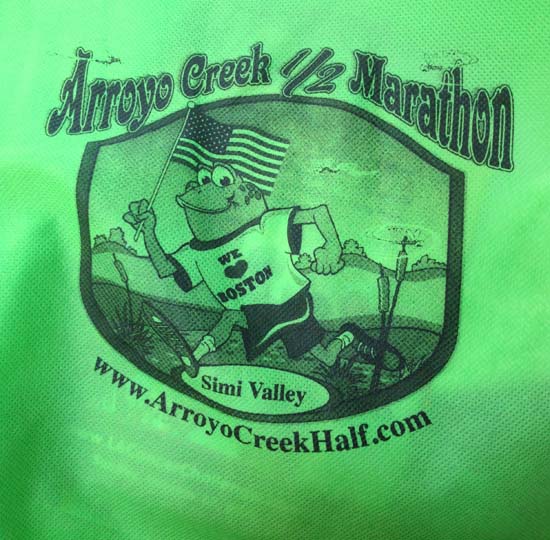 We arrived JUST in time for the race starting Sunday morning… and we noticed that it was going to be a small race, which was great! Neither of us had trained much at all. I’d managed a measly TWO runs since the Love Run early June, and Bob hadn’t run much more than that either. We were both a little unprepared. Bob had only run a 5k ONCE since that race… but we lined up with the rest and when the horn blew we high tailed it off the start line 🙂 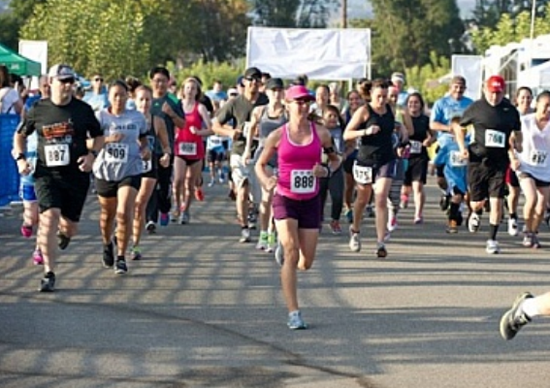 I’d decided to wear pink and purple purely because I was low on running clothes… yeah it’s been a little crazy busy lately here! Bob was sporting his Rock’n’Roll 1/2 marathon shirt and representing!!! 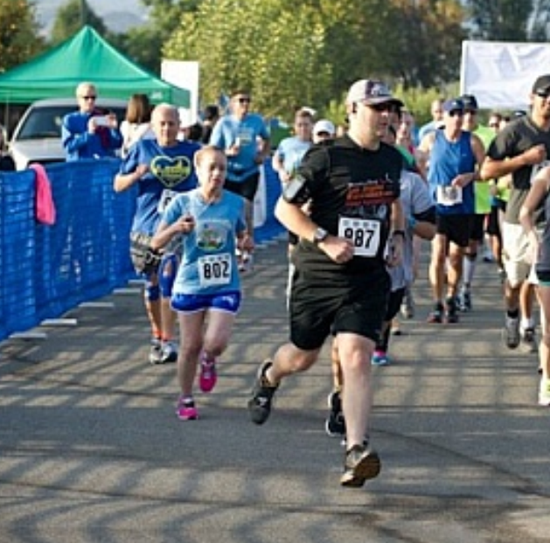 The t-shirts for this race were pretty cool, nice blue color though the frog logo could be better, lol! At least mine FITS, which is something new! I wish it were a little longer though, but it will be fine for training and going to/from classes! I didn’t find any during race photo’s of me, but here is one of Bob. We keep an eye out now for the photographers. After the crappy race pics in the past we ham it up for the camera’s now! 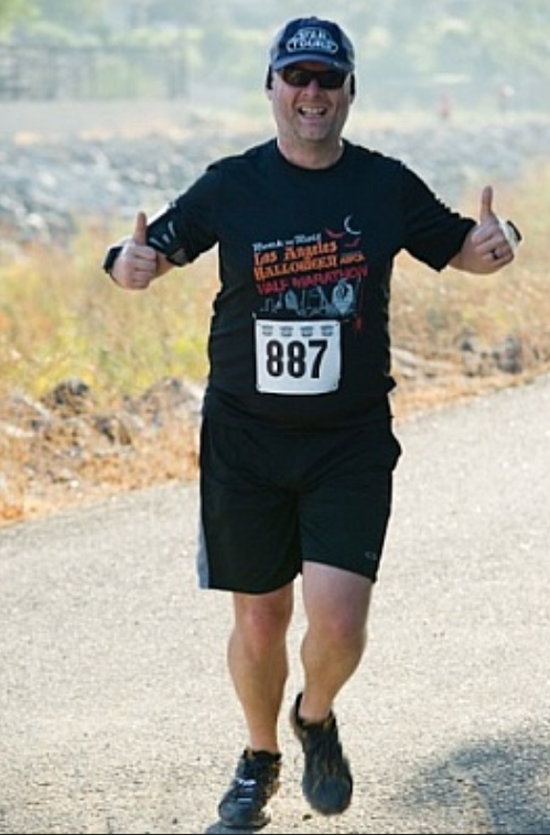 Poor baby was feeling it in his back though. He spent a few hours on the dirtbike Saturday riding around in the mountains, so I’m sure he was hurting more than he let on! The race itself was an out and back along the arroyo creek. You’d think it was flat but it was actually uphill to the turn around. I saw Bob walking when I turned around so I knew he was in pain 🙁 But he only walked a bit and managed to push through! I wasn’t fairing much better. My new Brooks running shoes were GREAT but my legs were tired and just had NOTHING in them. Every stride was an effort, but I managed to keep going and finished the race. 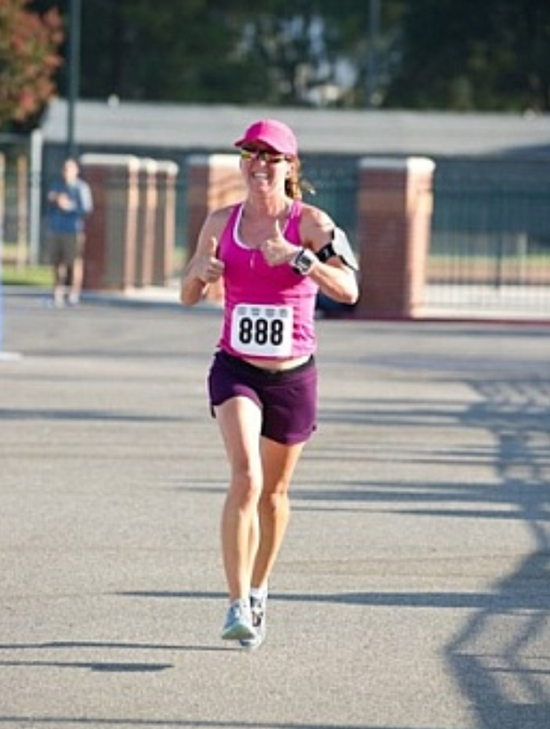 Probably my best race photo! Aside from the belly showing through! Why can’t they make workout tops longer? I’m not tall (5’4″) but I have a long torso I guess? Anyway I have this photo and one of me right at the finish line… 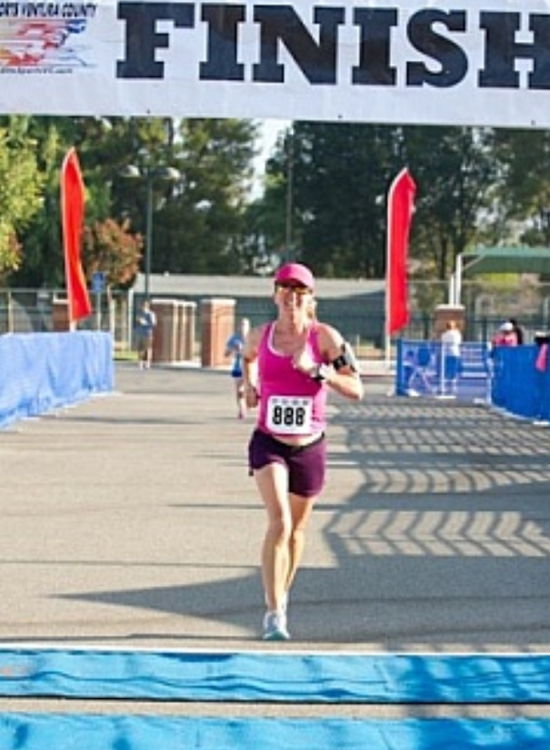 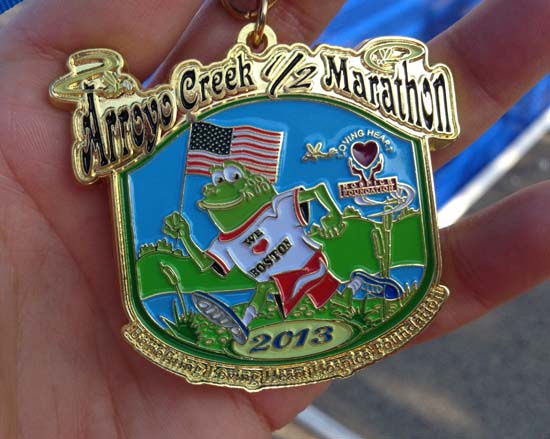 Cos it’s ALL about the medal! Once I got my chip off my shoe and grabbed a cup of water I waited for Bob to cross the finish line! He finished in 30:01 which I thought was great considering he walked some of the race and was in pain from the previous days bike ride!!! 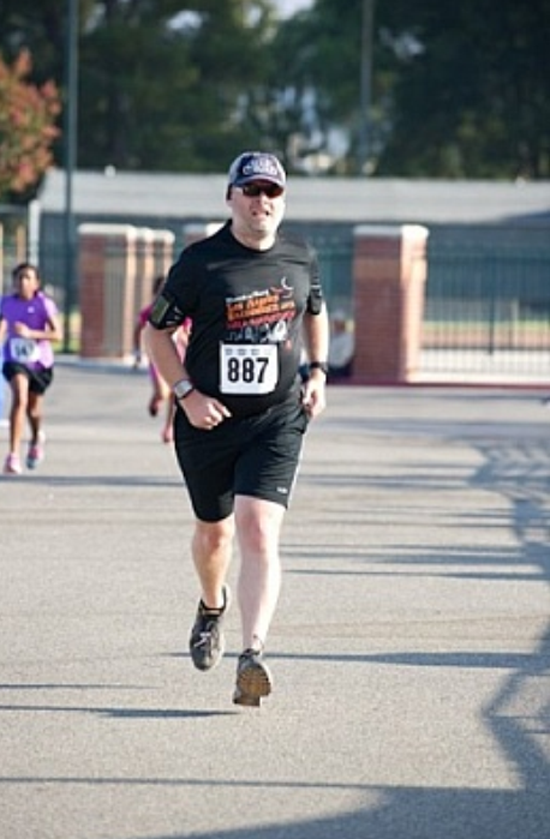 He managed to get a good shot crossing the line too! 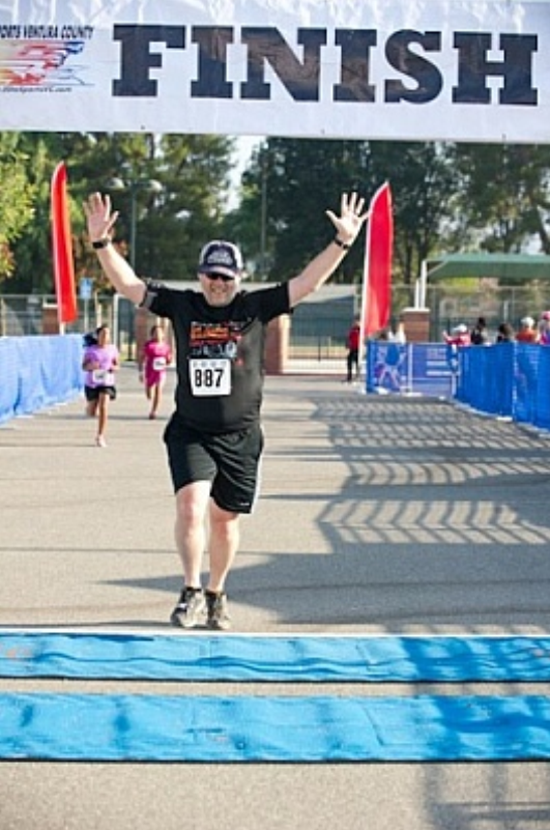 All in all a good race and I’d definitely run it again. However I was bummed that I got first in my age group but no age group finisher medals for the 5k or 10k! Just the 1/2 marathon! 🙁 Ah well! Just have to actually TRAIN and run harder/faster next time 😉