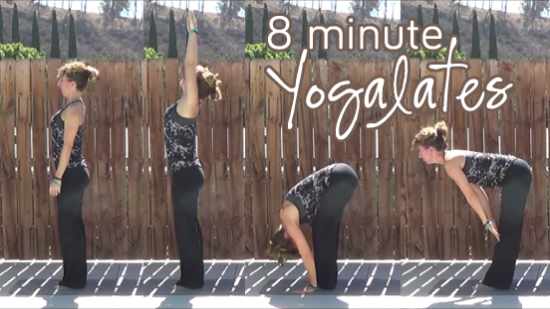 People who go to my spinning and bodypump classes are always shocked when I do yoga. I have an ability to turn off my manic “go, push, harder” persona and slip into my inner yogi. Yoga is something I’ve done since I was around 13. I remember going to classes at the local church hall, and while I may not practice consistently it’s always something I’ve come back to over the last 30 years (geez I feel old now!). I love blending yoga and pilates together, along with other forms of exercise into a yogalates or piyo flow.This weeks workout is a quick 8 minute yogalates flow that will provide a nice stretch, whilst strengthening the arms, legs and core. Remember if you want to get the videos straight away subscribe to my youtube channel!  The full video is below

It’s difficult to fully breakdown a yogalates routine, but if you can’t watch the video then here are some guidelines. First starting in mountain pose, inhale up, look up and then exhale swan dive into a forward fold. Inhale halfway up and look up, then fold back down before coming all the way up in reverse swan dive. From here you can repeat the sequence to really warm up the back of the body and stretch out the hamstrings. The sequence should be performed at your own pace, using the breath. 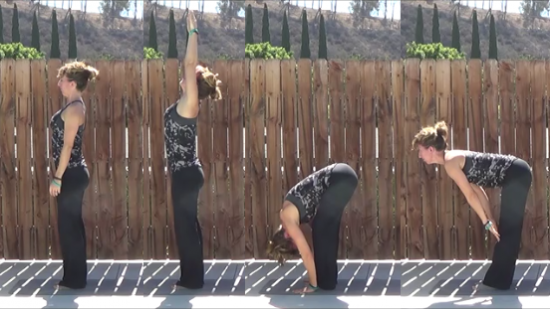 After the forward fold, either step or jump both feet back into a plank. Hands under the shoulders, with a nice long line through the body. Keeping the elbows in lower the chest down into a tricep push up (chaturanga). For an added arm workout you can come back up into plank for a real tricep push up, or simply hold the push up one inch above the floor. Allow the body to lower down, then lift up the shoulders and chest for upward dog, taking the back bend to your level of comfort. Keep the elbows in and shoulders back. Release down, then engage the core and lift back up to plank. 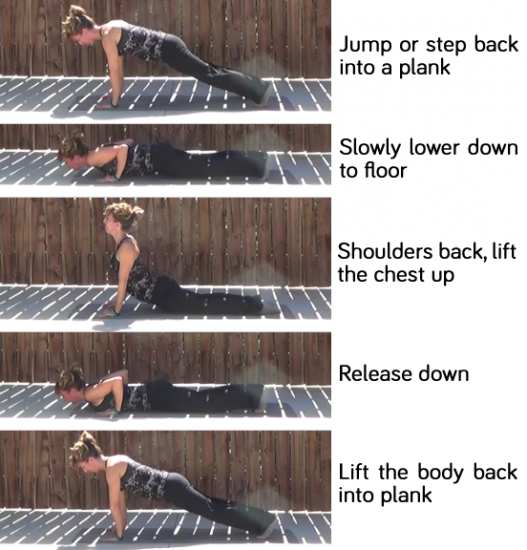 Push the hips up and come into downward dog, creating the upturned “V” with the body. You can then jump or step back in and repeat from the beginning as an option. To move on extend one leg up to a three point down dog, ensuring you push evenly through both hands. 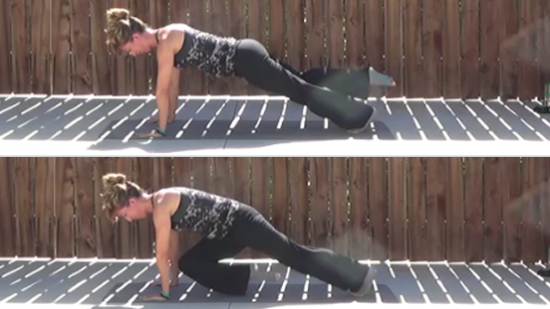 Finish in three limbed down dog and repeat the process from the beginning on the other side. When you’re ready to move on sweep the foot between the hands, lower the back knee on the floor and raise the arms up into a modified crescent pose. You have the option to stay here or using the legs and core drive through the front heel into standing crescent pose balance. Option again to hold, or you can move through the knee up and down position in a lunge five times. On the fifth time release the arms down and step back to plank. Either go through chaturanga or downdog and repeat on the other side. 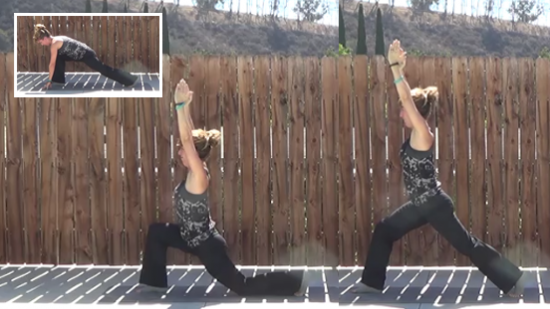 From down dog come into chaturanga, up dog, and then rest on the floor. Put the elbows under the shoulders and push up into a hover or low plank. Slowly turn to one side, into a side hover, holding for a few breaths, then unwind to repeat on the other side, holding for a few breaths. Lower to the ground and push into a high plank, down dog, step or jump in, then come to standing. 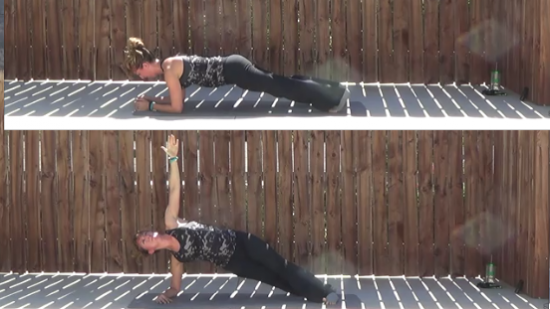 Again feel free to hold in positions, omit or modify where necessary. My practice is not your practice.