Since 2007 I’ve been choosing one word to encompass all the goals for the year. Instead of having a bunch of resolutions, I’ve been choosing one word to guide me through the year. Any decision I have to make, I just ask myself “what outcome is more inline with the intention of my word” = Decision made. I originally discovered this concept through Ali Edwards back in my creative days, since then it’s popped in and out of my life with a whole host of people using the same concept (frequency illusion?). No resolutions, just ONE WORD to guide you through the upcoming year, to shape the person you want to become. 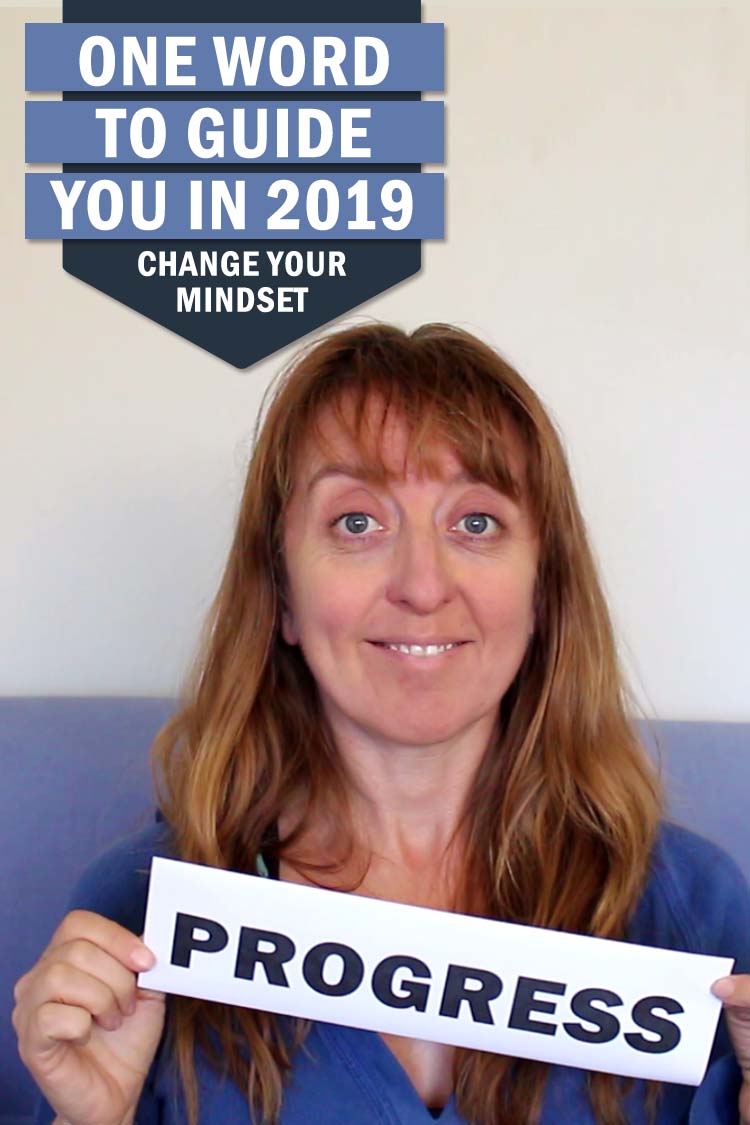 Twelve years goes by fast. It’s crazy to think that I’ve been forgoing resolutions for One Word for twelve years. Dang! During that time I’ve had good words, “meh” words, and amazing words. The really interesting thing is how each one shapes you and stays with you. Even the ones you didn’t think had a big impact. My previous words have been:

Honestly, I think the most impactful year was 2018’s Explore. Closely followed by 2009’s adapt. Those were both major years for personal growth. It’s always interesting to experience at the end of the year how the words fluidly morph into each other. Also worth noting is that none of the words leave you. They remain, part of you forever. 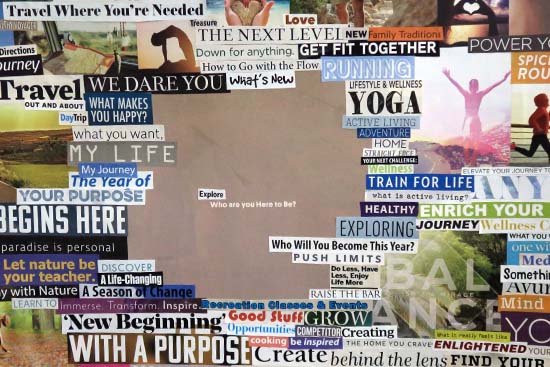 2018’s Explore was just a life-changing word. So much so, that around October I began to doubt that I’d be able to top it. To be frank, I didn’t want to let it go. It had become a part of me. How could I top a year of exploring? Around mid November I was sitting in my home office contemplating my lack of motivation. The reason? I’d been home for  8 weeks. This was the longest I’d actually been at home all year. My year of exploring was coming to and end and I was already mourning. I realized I was headed into a depression. Old habits were resurfacing. I was dealing with an injury, and instead of going forwards I was heading backwards. I set aside my despair and decided to invite new words into my life.

Sometimes the words choose you, sometimes you choose the words. On occasion you might choose a word that relates to a previous year and for a moment I was headed in that direction. Adventure and journey were bouncing around as possibilities, but they were similar to explore. Did I really want that? Or was it because I was so reluctant to let explore go? Instead I sat down and wrote a blog post, and homage to my year with explore. In doing that I solidified a few things I wanted for 2019…

Welcoming One Word for 2019 – Progress

Many times over the past few years I wanted to create habits of posting to social media, my website blog, youtube etc in order to grow my business. I had lofty goals of working on inversions and particular yoga poses. Working on renovating and decorating the house/garden has been a long term goal for a while. However I never seem to get anywhere with my goals because I get stuck in perfectionism. Last year before I chose explore, I was toying with the word practice… and that word kept coming back to me this year. Because practice makes perfect! However I knew that if I chose practice nothing would ever get done as I’d get stuck in wanting things to be perfect. That’s when I remembered a great quote “strive for progress, not perfection“. And my word was found. Welcome to 2019 the year of PROGRESS. 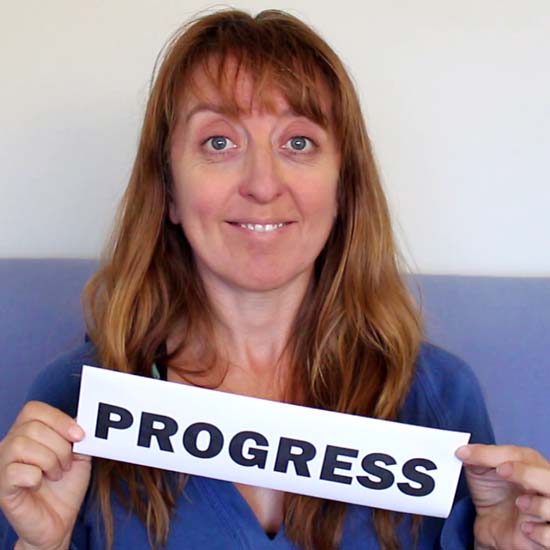 Honestly, I find perfectionism raises its head daily in my life. I often get paralysis by analysis, and feel overwhelmed easily. I also suffer from “shiny/squirrel syndrome” and “can’t say no disorder”. Consequently tend to have too much to do, lots of projects started, but nothing actually finished. I’m reminded by the quote that “being busy, is not the same as being productive”. 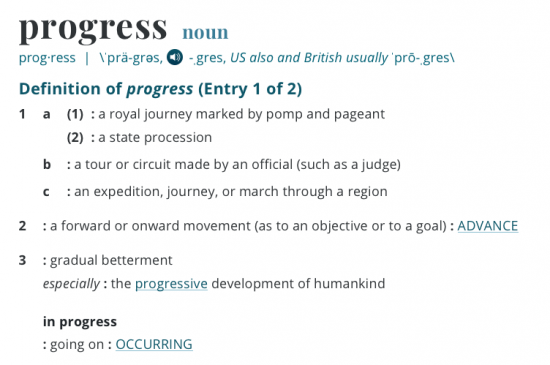 What I love about the word progress is that it relates to a journey (my initial thought for 2019) but also moves me forward. Away from exploring and onto new things. Sometimes it’s hard to see progress, as such documenting progress is going to be a big part of 2019 and I want to SHARE my progress. 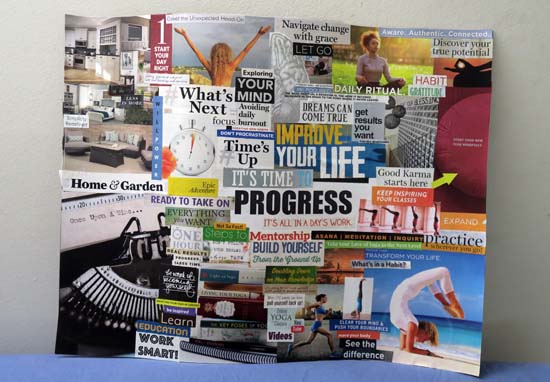 In the past I’ve tried different methods of honoring my word, and last year I kept a junk journal and also made a vision board. These two things (along with my yearly planner) have been instrumental in keeping me motivated go work throughout the year on my word. 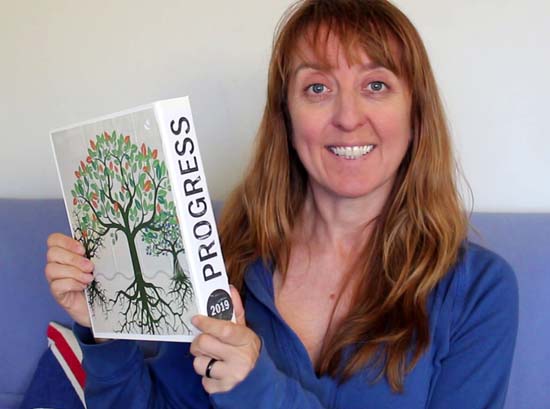 I did find it kind of funny, that when I printed out the “progress 2019” for the spine of the journal the printer cut off the edge of circle, causing it to be flat on the bottom. My initial thought was to throw it out and reprint, then I realized how ironic that would be considering I’m trying to practice progress over perfection!!! Instead I just cut it and glued it on as-is.  Imperfection and all. Now that’s already progress! 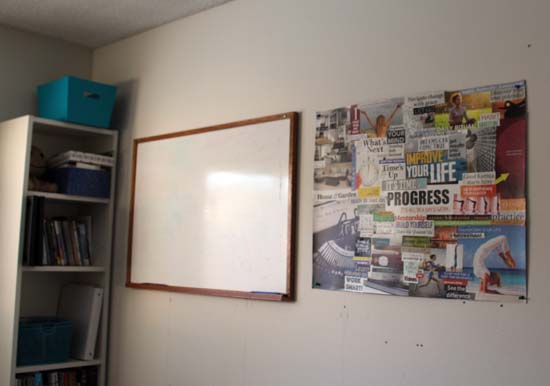 What do I see myself making Progress towards?

This year is all about moving forward with this website, my YouTube channel (Speaking of which, I uploaded a YouTube Video about this One Word process), social media, income, social circle, self growth, house/garden renovation and much more!

Every year brings new surprises as I find ways in which my word pops up providing inspiration and sometimes challenges. I’m looking forward to making Progress in the year ahead!

Explore – How one word changed my outlook for 2018
Next Post: Instant Pot Lentil Soup: Never eat the same soup twice