Welcome to another meatless Monday where I share all things vegetarian and vegan! Today I’m going to review these organic pizza crusts from Trader Joes. I’ve been on the look out for something like this for a while. The other ones I’ve seen had milk solids in them making them unsuitable for vegans, and whilst these are “clean” I’d be hard pressed to find any pizza that was truly clean eating. It is pizza afterall!!! 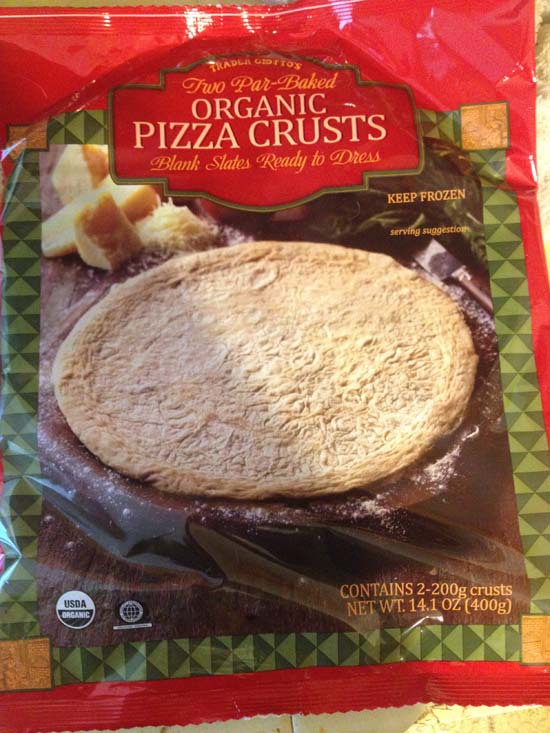 The pack contains 2 pizza crusts that are par-baked and frozen. Each pizza supposedly serves 4 (one quarter a pizza each I guess) but let’s face it who eats ONE slice of pizza? At 130 cals a serving/quarter the base isn’t bad, and as I’d be topping with veggies and vegan cheese we went crazy and had 1/2  each. I will say a quick tip for those living alone: as soon as you get home, cut the pizzas up into serving sizes, wrap and freeze! That stops you eating too much and avoids pizza for 3 days on the run 😉 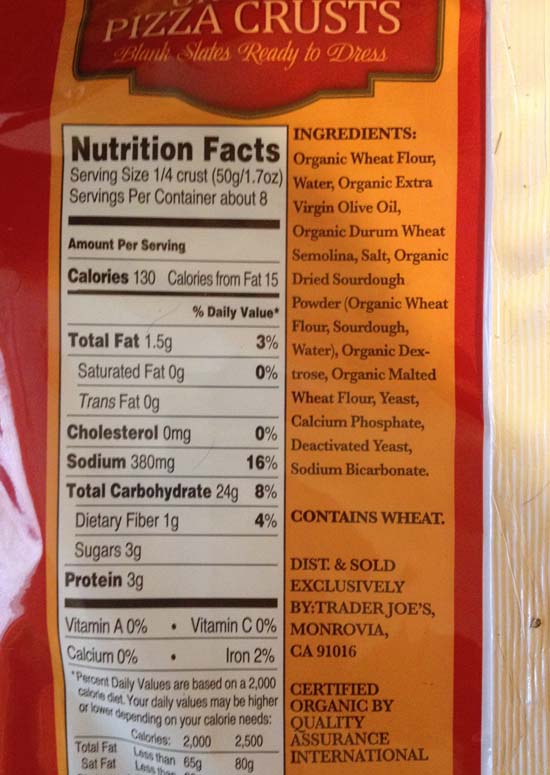 The fat content is pretty low for this product, especially compared to other bases. Sodium as with all packaged foods is high, and 3g of protein. Remember we vegans and vegetarians are so deficient in protein <sarcasm>.  For those not in the know 3g is about 10% of my daily requirement, so the base plus all the yummy veggies = lots of protein. If I added some ‘fake meat’ then even more protein! 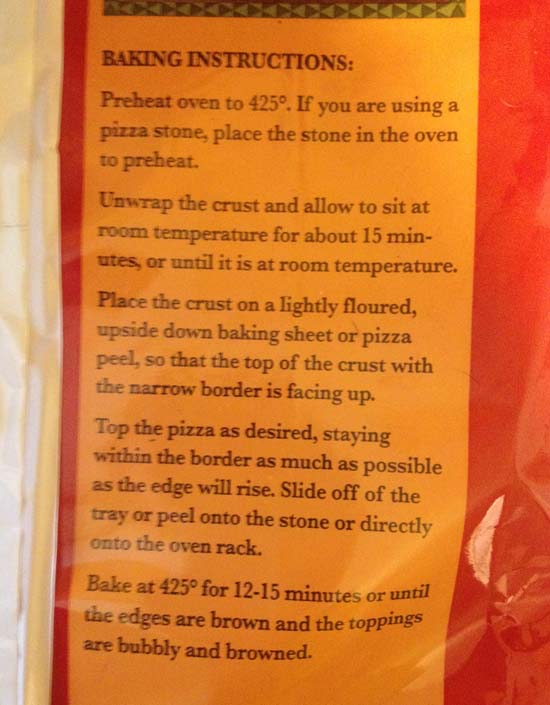 I followed the instructions to a tee! Preheat oven. Defrost for 15 mins at room temperature. The border side is pretty easy to see, and I loaded the pizza base with Trader Joes organic marinara (love this stuff! must review soon!), Trader Joes Mozzarella shreds (reviewed here), and veggies.  Bob had vegan pepperoni on his half and I went with red pepper, mushrooms, red onion and pineapple. 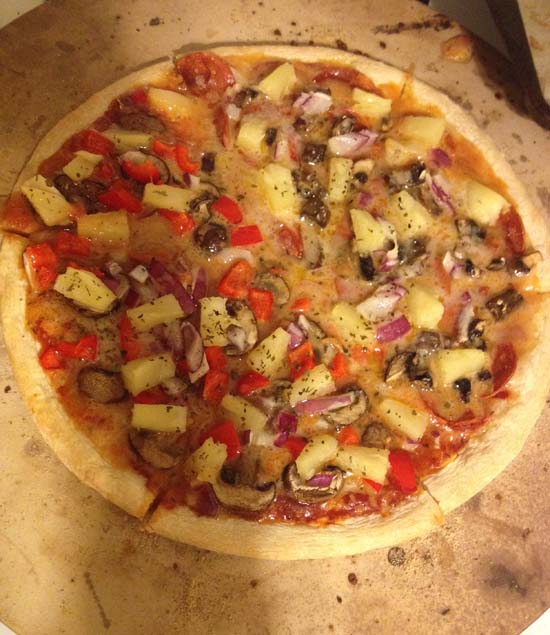 The pizza looked kind of anemic still but it was definitely cooked. The mozzarella shreds really didn’t fare well for pizza!!! We did the other base later with Daiya mozzarella (review soon) and that was much better. I have to be honest though and say I hardly had any on my half, it just diffused to my side during cooking. All that fat! Really not a fan of the TJ mozzarella shreds! With some salad though the pizza was pretty tasty. The crust was limp though, a little “soggy”. I like my pizza with lots of marinara so maybe I over sauced it 😉 Anyways it was edible but certainly better the 2nd time around with Daiya cheese. 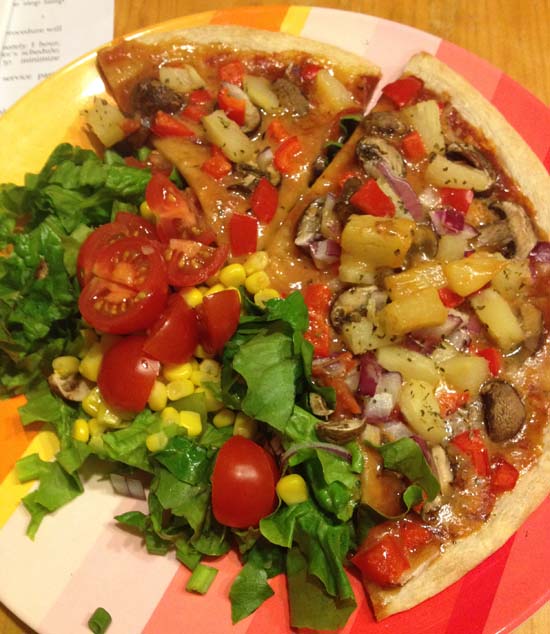