Ok I’ve spent some time this week sorting through and resizing photo’s and what I realized is that I’m WAY behind on posting photos of the restaurants and foods reviews. So rather than just working backwards I’m jumping in today and reviewing the restaurant we went to last weekend for our post-race date night: Hugo’s restaurant in Agoura Hills. We’d had a rather chilled afternoon watching a couple of movies so we ended up going around 7.30pm and had to wait 15-20 minutes for a table. 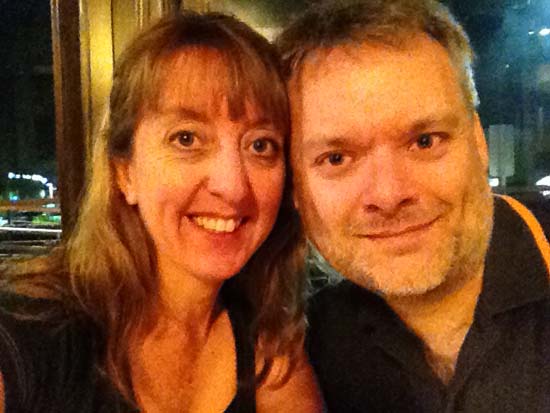 Once we were seated though our waiter came up and started us off with drinks. Post race so we had a beer! A Uinta brewing Hop Nosh IPA. I love hoppy beers so this one had my name written all over it. Bob had one too! 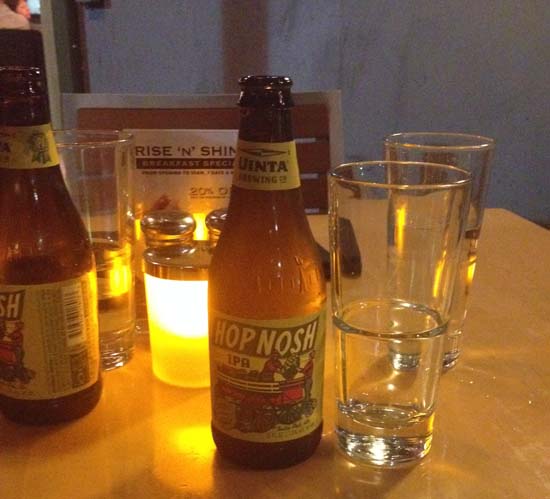 I have to say it was delicious. About on the same hop range as a Ranger from New Belgium Brewing. I loved it! Having not eaten a whole lot all day though it went right to my head and I was a little buzzed, not surprising really as it’s 7.3% ABV! It was yummy! 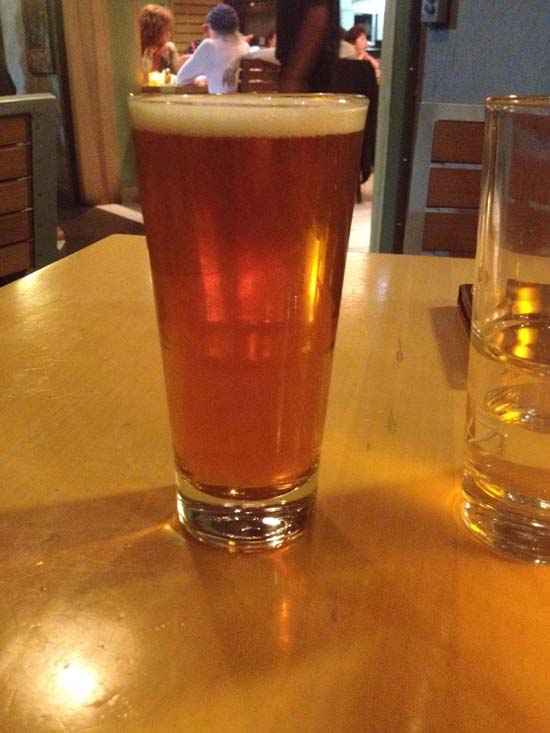 The Hugo’s server was great, he asked if we had any allergies or dietary requirements. I explained I was vegan, and Bob said he’s vegetarian and our server explained the symbols and that the V was vegan and all the (V) in parenthesis meant was it could be veganized! Awesome! Bob opted for the club sandwich with tofu, and fries. I had a bite, it was delicious, though a little dry and ‘bready’ for my tastes 😉 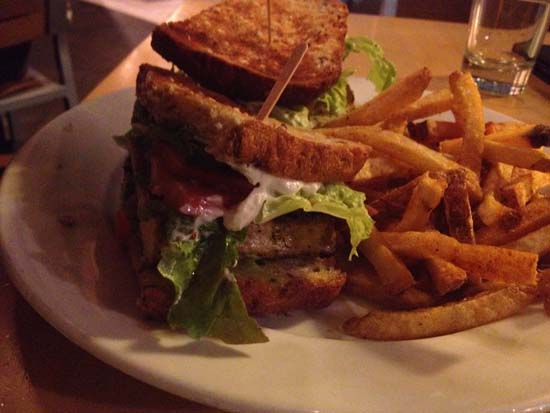 I have to say it took me AGES to choose something!!!! SO many items to choose from, either vegan or could be vegan! 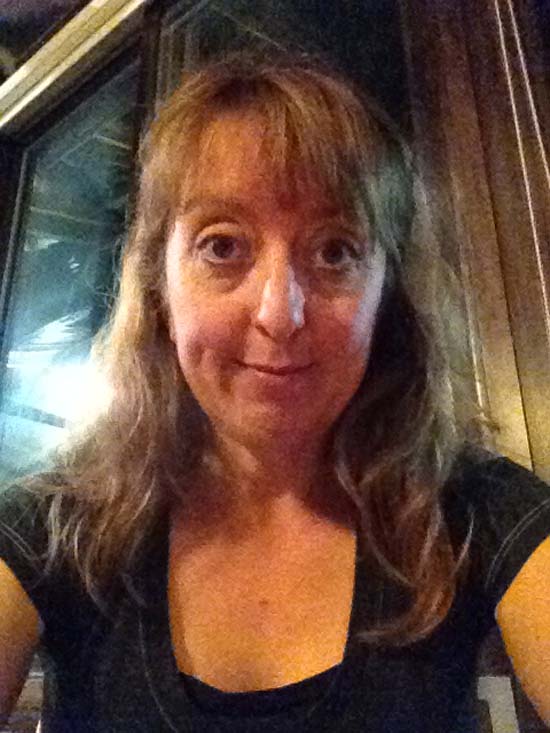 I opted for the Kale burrito vegan style. Organic dark leafy kale cooked with cauliflower, onions, garlic, spices and tomatillo sauce. Wrapped in an organic spinach tortilla with refried mashed garbanzos and guacamole. Topped with mozzarella cheese, negra-nacho sauce and pico de gallo. As I had it vegan, the cheese was Daiya cheese 🙂 Oh and  I had fries. 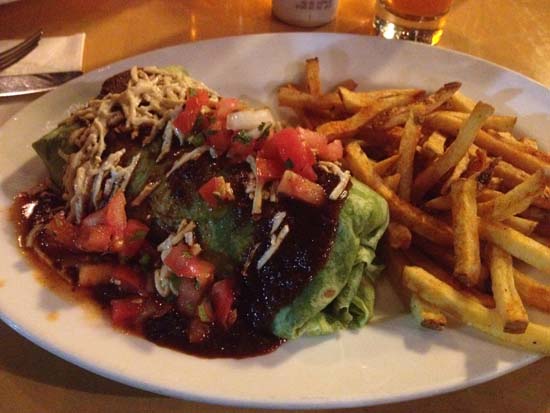 The burrito was great! I wasn’t sure I’d like the refried mashed garbanzo beans in a wrap but they worked well with the other ingredients. The sauce was a little spicy but a nice match with the bland flavor inside the burrito. The fries were dry too, not overly oily like some places do them, which I liked! 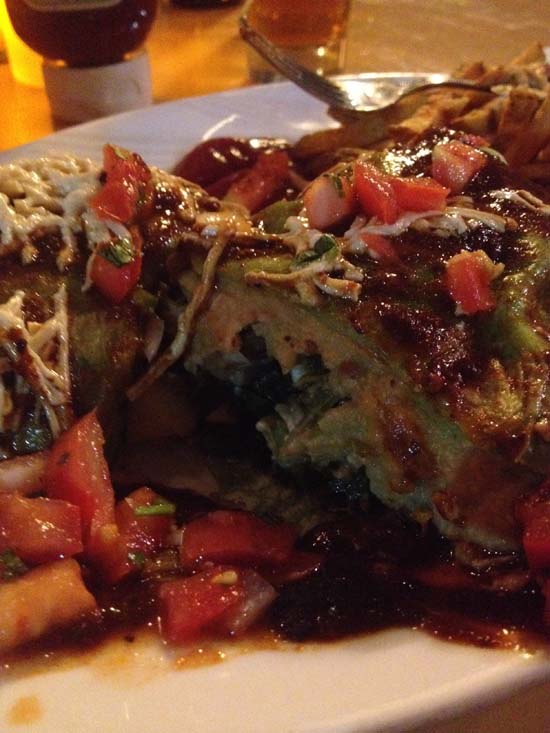 We said we would definitely go again to Hugo’s so I’ll be trying more items on the menu! We said we’d try the breakfast menu soon too ( before 4pm). I love that tofu can be exchanged for eggs at no cost. Plus their  tofu scramble sounds awesome. So I’ll be reviewing more dishes as we try different items from the menu!

Have you been to Hugo’s? What do you recommend for vegans?

Are you meatfree on Mondays?