Continuing the theme of vacation posts I never got around to posting last year this week for Meatless Monday I’m reviewing a vegan cheese product I had while in England. One of the perils I discovered of traveling in the UK is the lack of vegan options in airports so for our return journey I decided to take a packed lunch with me. On our shopping trip at Morrisons I discovered this vegan cheese as the ONLY vegan option for rolls other than veggies so I decided to get some, eager to try the UK vegan options that I couldn’t find in the US. 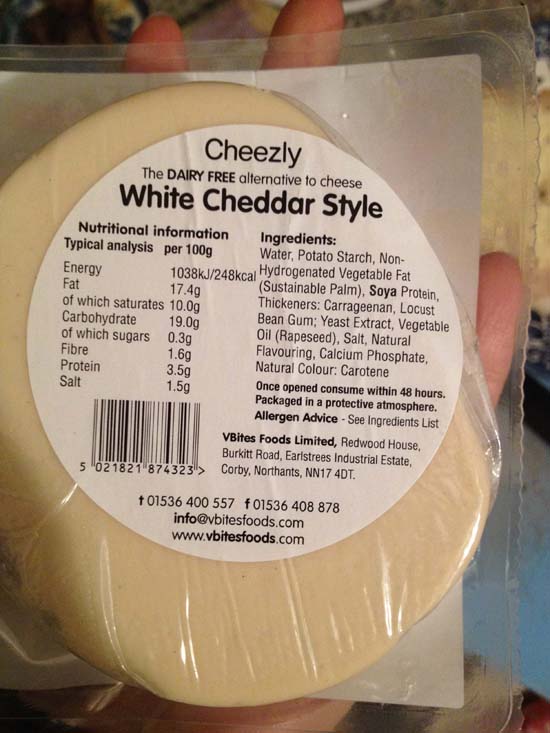 Here in the US we’re spoiled with quite a few different cheese options including ones from Follow your heart, daiya and Trader Joes. This one from VBites was touted as a white cheddar cheese suitable for vegans. On opening the packet I was struck by how dry the cheezly was. Thankfully I did have some vegan margarine because with the roll, and veggies this would have been super dry otherwise. It was pretty easy to cut, and reminded me of Quorn roast (not vegan). 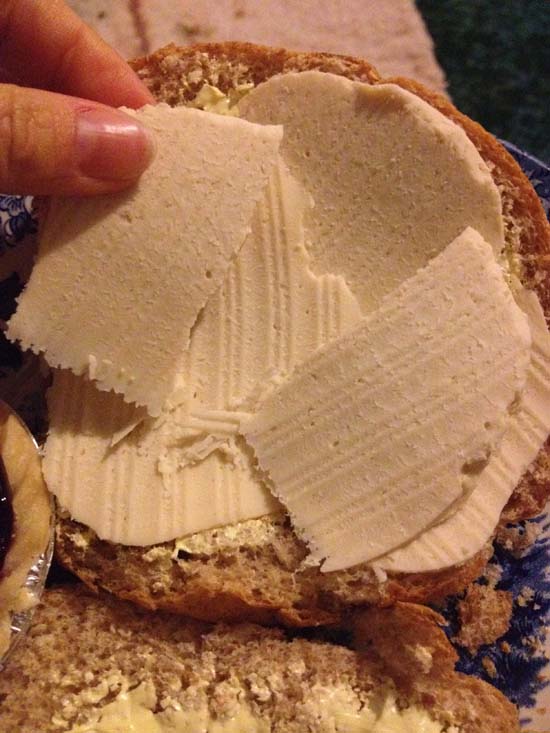 The taste taste? I actually enjoyed it. It wouldn’t have been my first choice of foods for a sandwich roll but it was enjoyable. Again though the roll needed some moisture. Margarine isn’t my first option with these things as I feel it had enough fat already, but maybe would have been nice with Branston Pickle  or pickled beetroot, alas not really an option for traveling. With salad veggies and margarine it was nice though. 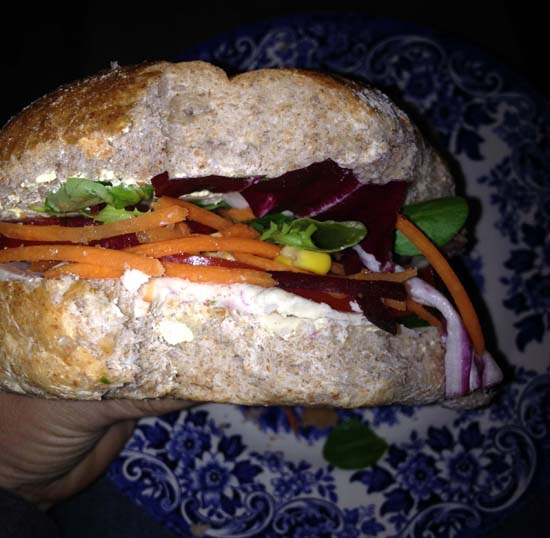 I’d definitely buy it again next time we go to the UK so I have an option for travel, and snacks at home. If you’re in the UK I’d definitely recommend checking it out. However, it does NOT taste ANYTHING like cheddar, nor does the texture resemble cheddar. Honestly I feel the taste is more like a cream cheese, with the texture of a soft cheese like brie.

I’ll be sharing more meatless recipes and reviews every Monday! If you’ve tried Cheezly let me know what you thought of it in the comments below.