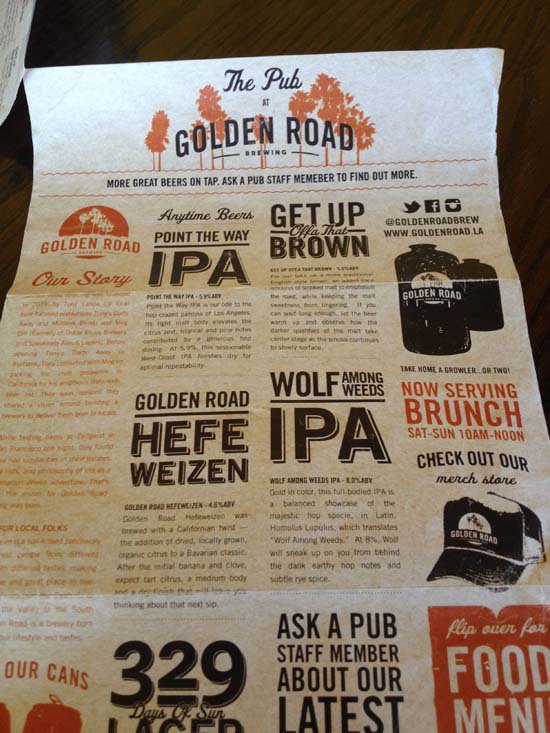 This week for meatless Monday I wanted to share my review of Golden Road pub, where we ate Saturday. This was my first time at Golden Road, but Bob eats here a lot as it’s close to his work, which is the reason we were going as we were popping into his work after our swim lesson so he could tie up some loose ends, and I got to eat at Golden Road, so good deal! Golden Road is located at 5410 W San Fernando RD, Los Angeles and is open – 11am-2am Wed-Fri / 10am-2am Sat / 10am-12am Sun / 11am-12am Mon-Tues. Along with the beers they have food, and a selection of vegetarian and vegan options. 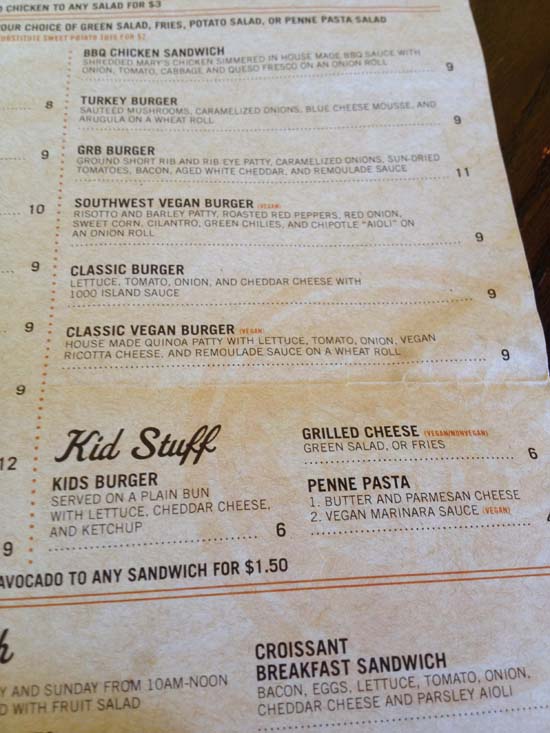 I ordered the IPA flight and the classic vegan burger, with avocado. There were tons of vegan options on the menu which made a nice change, and a full menu can be found online so you can check beforehand.  The beers were delicious. I definitely recommend the flight of IPA if you’re a hop lover like me… 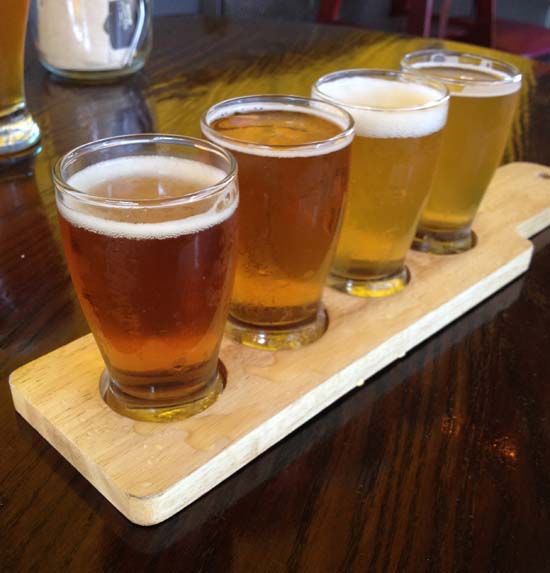 From left to right they got stronger in ABV. The left was the hoppiest one of the four IMO, and I forget the name of it… then there was point the way IPA, heal the bay IPA and wolf among the weeds IPA. All were very drinkable. And drink them I did! 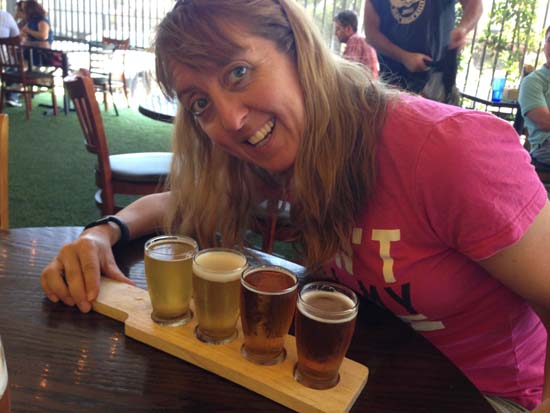 They were small, but that world among the weeds was 8% so they packed a punch. Good job the food came to soak the alcohol up! We both had the vegan burger with fries. 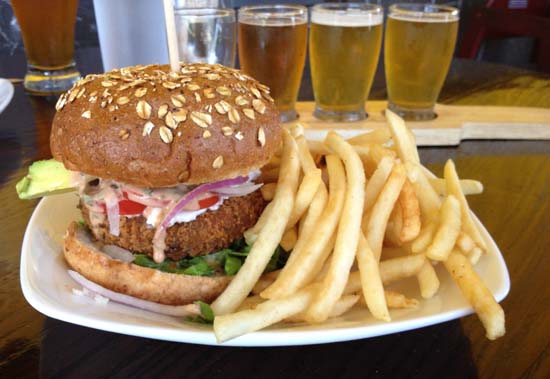 As vegan burgers go, it was very tasty and I’d have it again. There was a BIG portion of fries too! For a vegan pub lunch this was delicious. 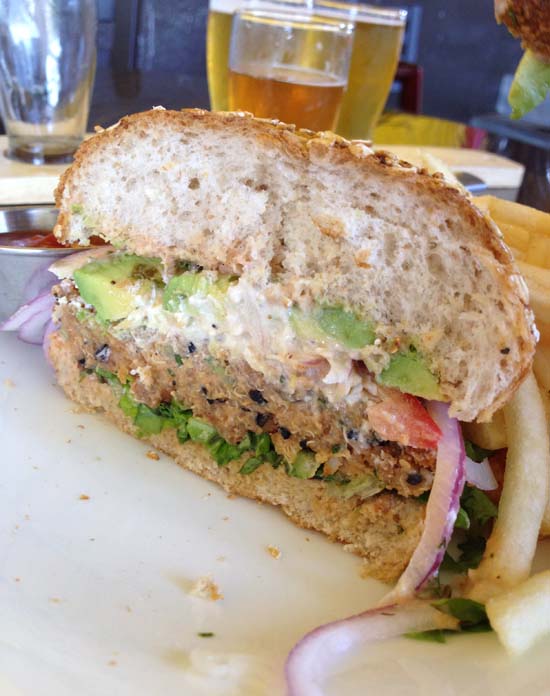 In all I liked Golden Road very much and I’d definitely go there and try some of their other vegan food options, and more IPA 😉

Are you meat free on Mondays?