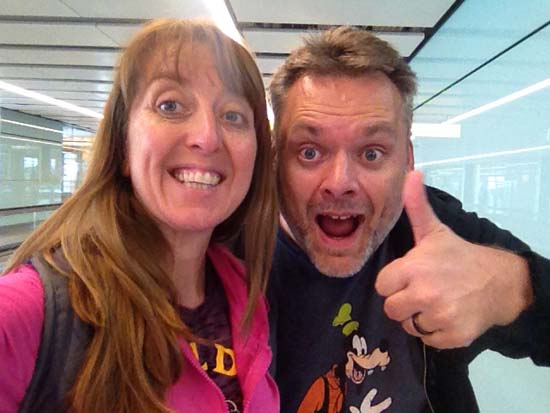 Ok first I want to say vegan food at LAX was pretty pathetic. The terminals restaurants we ALL closed for refurbishment so there was nothing to eat other than a small coffee bar called The Pie Hole. Then did a vegetarian pie that Bob had, and I had a vegan apple crumble, water, fruit cup and potato chips. Bob had the veggie hand pie (which he said wasn’t very good), apple juice and potato chips for a grand total of $21.40 Man airport food is expensive, and it wasn’t that great either. The Crumble was nice and edible but Bob threw away 1/2 of his. Had we known that the airport restaurants were closed we’d have taken food with us! 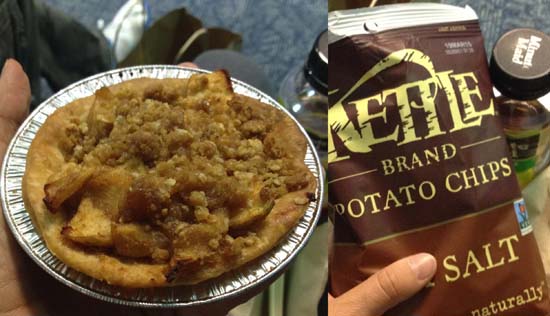 Now obviously this made us super nervous about the plane food. Flying is a pain anyway but on a 10+ hour flight when all you’ve had is essentially junk food we were both wondering what was in store for us. Now Bob isn’t vegan he’s vegetarian and his meals were slightly different to mine but here are photos of my vegan meals with Air New Zealand on the outbound flight from Los Angeles to Heathrow. For those traveling with vegetarian spouses the vegetarian version is VLML and vegan is VGML. Our flight left at 3pm so first up was dinner… 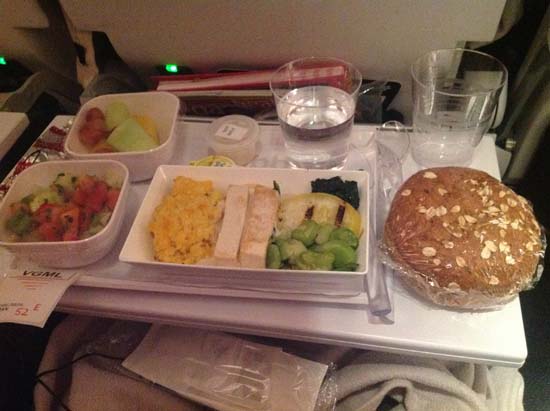 Honestly I don’t know what the yellow mush inn the main meal would be called. It was a corn based mash, and it was actually pretty tasty. Along with tofu, spinach, beans and as I remember a slice of potato. Everyone gets a small salad and fruit cup. The roll was different to roll everyone else got so vegan, and it came with vegan margarine. I got Bob most of the roll in trade for his salad and fruit cup 😉 The little carton of soy milk I assume was for beverages (tea/coffee). It really made a pleasant change to standard airplane meals. As as this was my first vegan flight I was impressed! As I remember Bob had pasta, which he didn’t like as he is not a fan of pasta, or salad, or much fruit hence the trade for the roll 😉 After a movie and hot beverages they came round with the alcohol. We opted for a New Zealand beer which I thoroughly enjoyed. Two thumbs up for Speights Ale. 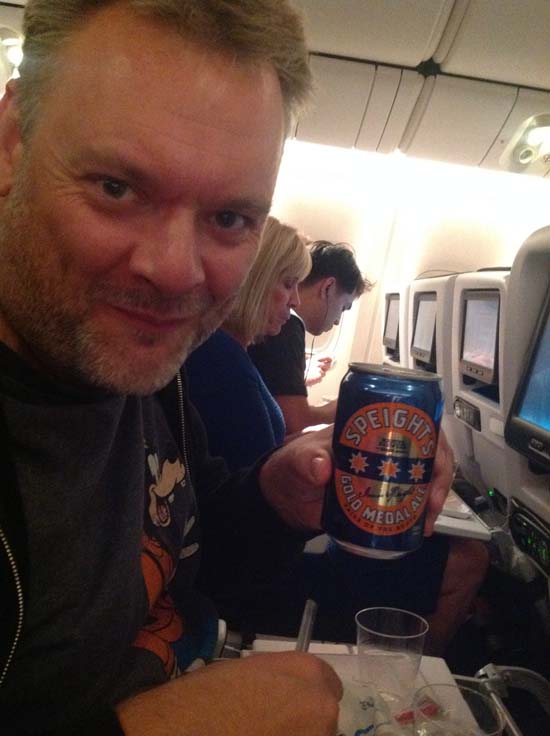 Meal number two was breakfast and along with a salad and orange juice I got a dish of tofu, tomato, spinach, potatoes and mushrooms. It was really nice! This was served with a vegan carrot cake muffin. I thought the muffin was great, but when Bob compared it to his he didn’t like it. Proof your tastes change on a vegan diet. In all I was totally impressed with the meatless meals on Air New Zealand. I will say though that unless you eat soy you are out of luck 😉 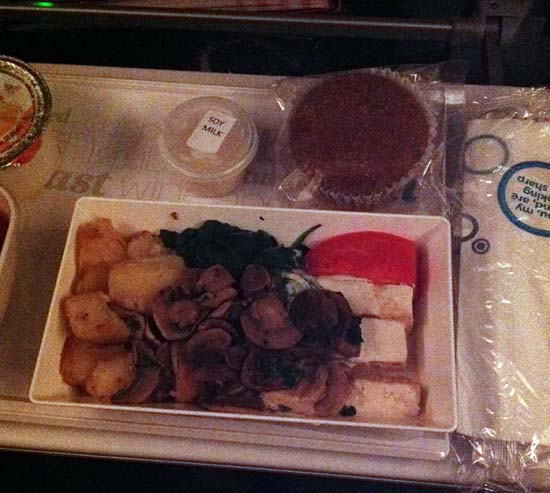 The return journey was just as nice however we’d packed some of our own food for the return journey (because of the terminal fiasco on the way here) and I was glad I did. The new terminal at Heathrow is beautiful but vegan options are lacking still. Last time we flew to the UK I was vegetarian and that opens more doors. Previously we’d gotten a Boots meal deal (cheese sandwich or something similar) but there were NO vegan options. There were things that SHOULD have been vegan, like the falafel and hummus wrap but they put cheese in it. Honestly that seemed the theme of the whole vacation regarding meatless meals in England. Anyway Air New Zealand provided again with some great meatless meals. This was dinner which is a main dish of rice, vegetables, with a side salad and roll. The roll again went to Bob. This time I couldn’t exchange for a side salad as he had cheese on his…. ah well. The alpro chocolate mousse was a surprise addition and enjoyable, as were the raisins. The vinaigrette dressing however was horrid, lol! 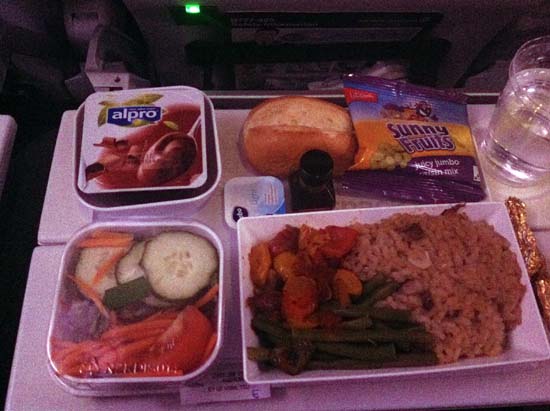 I didn’t take a photo of meal #2 as by then I’d had two beers and totally forgot. I remember it being a light supper. I think it had scone and margarine (rather than scone, jam and clotted cream). I need to pay better attention. I do remember than one option for the meat meals on one of the flights was fish and the whole plane smelled of fish, ewww! All in all a great experience flying with Air New Zealand and good meatless meal options.

Have you ever flown Air New Zealand? What has been your experience with airplane food?