Nope don’t be crazy I didn’t run it! Having said that had I known that there was a “mini-marathon” AKA 5K I would have totally run that. But alas I didn’t discover this until it was too late. So, the 1/2 marathon was October 28th. So early in the morning it should be illegal, Bob and I got up, had breakfast and walked the dogs before gathering our crap together to head out to Los Angeles for the Rock “n” Roll half marathon. 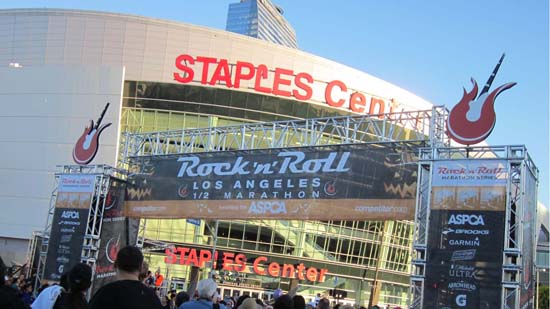 The trip took around 45 minutes as there was very little traffic that early on a Sunday morning. After a jolly jaunt around Los Angeles  looking for a parking spot, we were directed into overflow parking complex and parked pretty easily 🙂 A quick rush to the pick up desk so Bob could get his bib and then he was in his coral and ready to race! 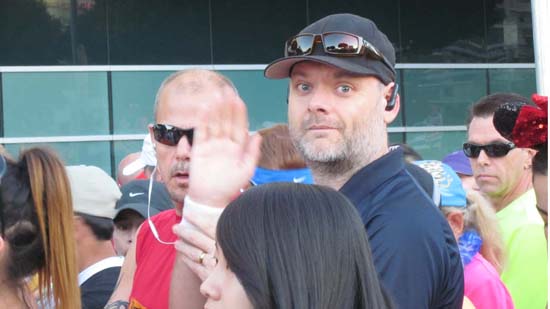 Earphones in, he’s ready to rock!

The 1/2 marathon I did back in 2009 was badly organized and quite frankly a total shambles so it was good to see this one was so much better! The race started on time, and each coral had approximately a 2 minute lead before the next on one set off. Bob was in coral 11 so I had to endure a few “starts” before he got on his way. Here’s a little video recap of the morning…

After the race we met back up and headed off to grab his swag bag, and then to the beer “tent” 😉 Bob had a beer, I didn’t as I was driving. We met up with friends in the beer area and chatted to them for a while. 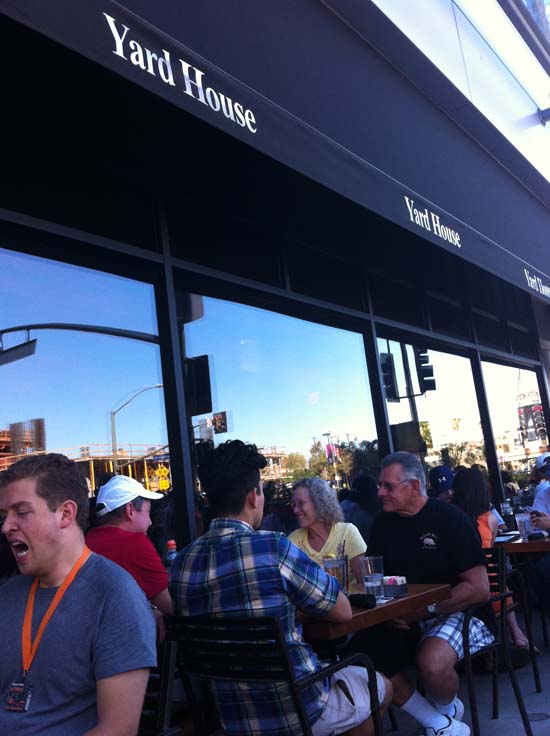 Afterwards we headed to The Yard House restaurant for lunch. Bob started things off straight away with a “real” beer 😉 The photo says everything – beer and a medal! Job well done! Beer well deserved! 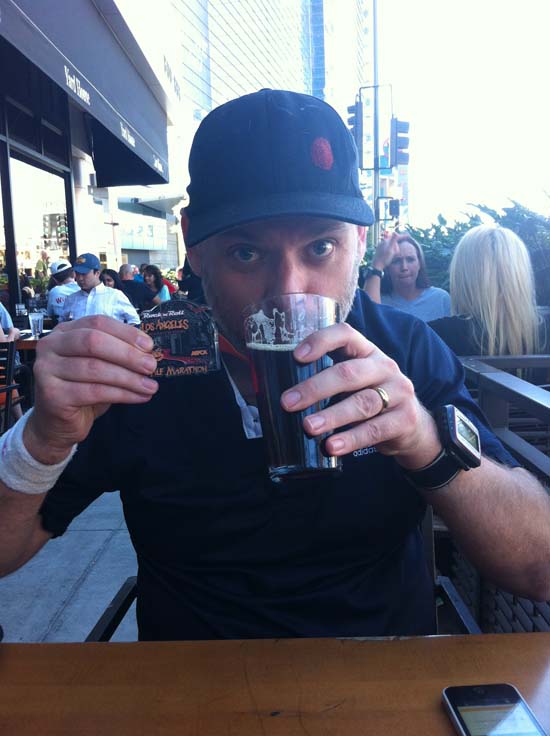 We ordered our food from the Gardein vegetarian section. He had sliders, I had the Thai “chicken” noodle salad: egg noodles, grilled chicken, broccoli-carrot-sprout-cabbage-cilantro slaw and spicy peanut vinaigrette. Mine looked beautiful and tasted great! I had the dressing on the side, but it was delicious also. I like to put my dressings on the side incase I don’t like them, that way the whole meal isn’t ruined just because of the dressing… 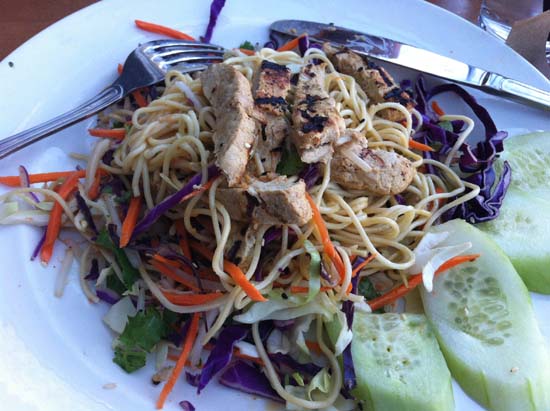 I’m not totally sure what Gardien is made of but something definitely had wheat in it, cos I got bloaty belly 🙁 Not really bad but a little buddha belly 😉 Had I known ahead of time I’d have scoped out the menu online a little more as they have a HUGE selection of food, including gluten sensitive. It’s difficult eating out and having no wheat, it seems it’s in a LOT of dressings. I had a salad at one place recently that made my bloat, had to be the dressing?  I’m fine with salad at home… and at Souplantation, oh and natural cafe. It seems the vinaigrette dressing is the culprit in a lot of cases.

I’d definitely eat there again, though it was rather pricey I thought. They did have a HUGE selection of beers, so I’d like to go when neither of us was driving (hah! fat chance!) so we could both enjoy a brew 😉