It’s time again for a new release and this morning at Golds we launched release 85 of BodyPump which I thought I would share with you today. Release 85 means that I’ve been teaching for  8 releases now. Time flies! I already said that release 84 wasn’t my favorite. Whilst there were some good tracks the bicep track for me fell so flat that it just impacted the release as a whole. That’s one I’ll never teach in it’s entirety again 🙁 But I’ve pulled a few tracks out that I like and honestly I do love the shoulder, back and tricep tracks so that was good. Release 85 though is one that is gonna grow on ya! 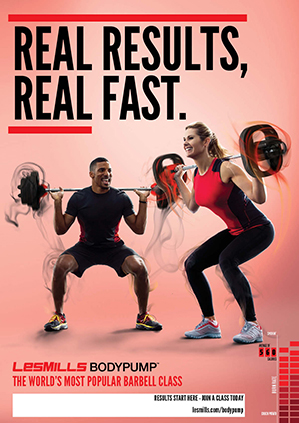 Initially I wasn’t thrilled with the music, but as usual the songs grow on you. Warm up was the usual upbeat poppy song. Then wham you are blindsided with a weird squat track! At first I didn’t think I would like it as like I said I like a lot of lyrics for my workout songs (which this squat track doesn’t have) but once you do the workout it works!!! Chest – awesome! Little twist with the training stimulus change starting from the bottom for two sets but I like it. Back was a track I liked as it’s an 80’s song remixed. Triceps and biceps are probably the best tracks of the release for me. Other than the clean version of blow me one last kiss 🙁 Sorry but it sucks! Lunge track is another song I’d never heard of but it flows well with the choreography however the lack of popularity of the songs means people aren’t going to enjoy it as much as the previous lunge tracks recently. Shoulders is techno as usual and honestly that’s getting a little old. I’d like to see some old school shoulders like “thunderstruck” from 75! Abs is fun, but ruined by a horribly slow and boring stretch.

If you’ve done BodyPump 85 what did you think? Anything stand out as better? Any you really hated? For me its the stretch track. I’d like to see something a little more upbeat for the stretch rather than that slow dreary ends to classes we’ve had recently. Maybe I’ll go on Les Mills website and suggest some tracks 😉 I’m surprised they don’t use some of the tracks from bodybalance/blodyflow. Heck even bodycombat!!! Combat stretch songs are upbeat (payphone, fighter) and when they aren’t “poppy” they are powerful like battlescars from release 55.

I was able to link up to the MP3s on Amazon and finally able to get into iTunes and make a playlist for bodypump 85 🙂 The only track I couldn’t find was the warm up, guessing it’s not available in the USA yet. So click below to open the playlist in iTunes 🙂

Remember we’ll be teaching the release in it’s entirety for the next two weeks at Golds! So if you haven’t tried it, get down to Golds Gym and try it!