Sunday we went to LadyFace Brewhouse in Agoura Hills. The trip was organized by the Brew Club of Simi Valley which Bob is now a member of 😉 When Bob first mentioned it he didn’t seem that excited about going but I said we should go and make new friends with interests he enjoyed. Plus we get to drink some craft beers. Well Bob got to drink… I was the designated driver. We arrived a little before the 4pm meeting time and quickly made friends with a couple opposite and the wait staff came to take out order. Bob asked if they did a “flight” of beer, which is usually 4-5 samples of beers. She replied YES and came back with this…. 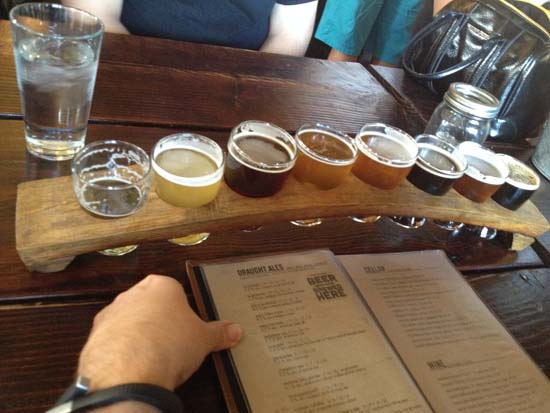 Yep that’s EIGHT beers! He was the only one that ordered this, so yeah spot the newbie 😉 He admitted he was NOT expecting this! Basically this is the equivalent of about 2 1/2 pints! Yeah this is BEFORE the tour too! The flights are a great idea to try different beers though. These are the beers they brew on site, and they come in tasters (the flight size, approx 6fl oz) , glass, pitcher or you can get your growler filled to take home some of the beer. 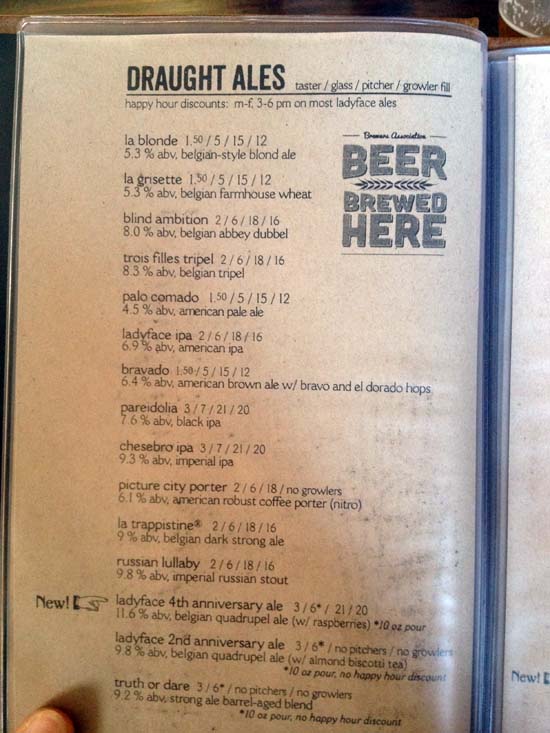 The beer prices were very reasonable! As I was driving I opted for a taster of the LadyFace IPA 🙂 Just to play along with the crowd and I do like IPAs. I have to say this was a delicious IPA. I had a sip of the flight beers Bob had and this IPA was by far my personal favorite. 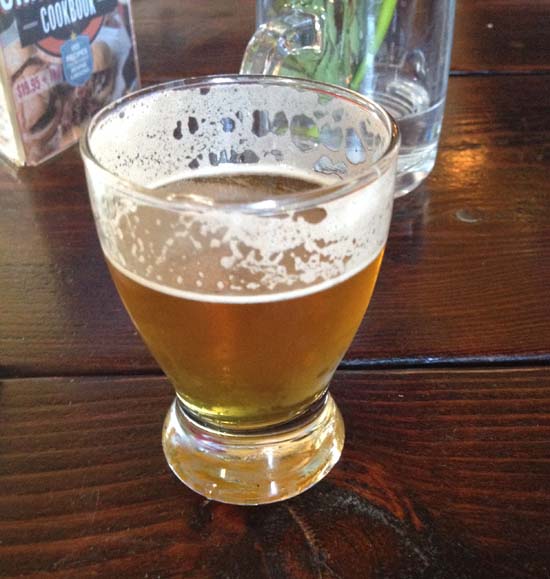 After a while we ordered food, so that it would be ready after the tour. Well speaking of the tour, as a wife of someone who brews I was along for the company, to make new friends, and be the driver for Bob (good job after all those beers!).  The tour was basically just a look at the brew room and a talk about their brewing. I’m sure the brew club members enjoyed it but for me, blah blah 😉 I’m about drinking beer not brewing it, lol!

After the tour we sat down and the food arrived! Now the beer was GREAT, the food IMO not so great. Probably great if you eat meat but for vegans… yeah not so much. My menu options were salad greens or vegetable cassoulet. I opted for the cassoulet because I like to try new things. Honestly it was pretty mediocre. Kinda flavorless. I did order a side of sweet potato fries thankfully 😉 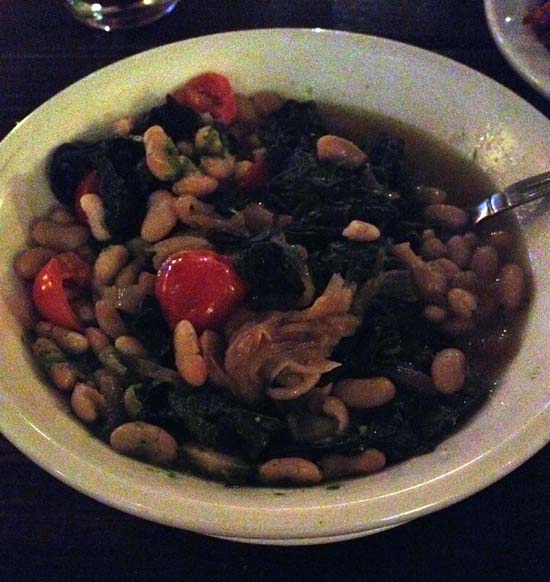 Bob had the veggie quinoa burger. It came with tzatziki which made it not vegan, but also the burger may have been made with egg as a binder which made it not vegan. So I opted not to have it and stick with the cassoulet. He said the burger was ok. Again I’d say the beer was really good, great prices… the food not so good and the food prices were high IMO. Either way it was a great trip and we got to meet some lovely new people 🙂

I’d definitely recommend LadyFace as a great hangout for sides and beer, but for a full meal maybe grab a growler and head home 😉

We’ll definitely be going again though as the beers were fantastic.