My word for 2018 is explore. Never have I embraced a word as much as I have this year. When Bob initially told me he was attending a conference in San Francisco my initial reaction was “ok, see ya!”. But, something was grating at me. Bob mentioned I could tag along. Should I? He’d be at lectures and workshops all day, so I’d be on my own with a big city to explore! Hello word! So I purchased a plane ticket, and spent a week exploring San Francisco alone. 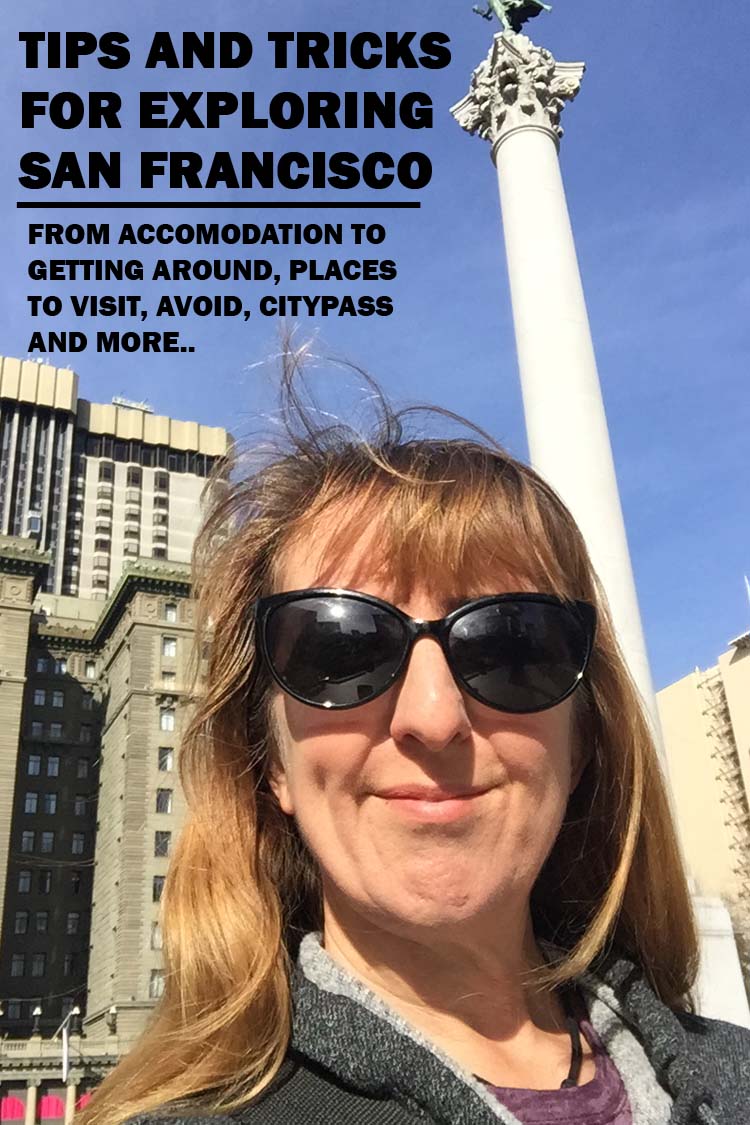 While Bob was available in the evenings my days were spent exploring San Francisco alone. When I mentioned to people that I’d be visiting places on my own during the day one of the comments I’d get was “aren’t you scared?”. Truthfully, no. If you’re scared to be alone then maybe you need to ask yourself why? I trust my judgement that if an area seems sketchy or unsafe, then I hail a cab and GTFO. I guess my situation is a little different in that being an only child I had a lot of time alone growing up. I’m comfortable making plans to visit places alone. Considering the alternatives are staying home or hiding in the hotel, embrace that alone time and explore! Plus San Francisco is a big city, you are never truly alone. 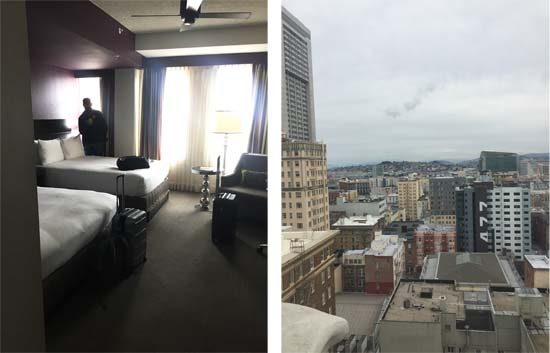 Accomodation at The Hotel Adagio

Part of it being a no-brainer for me tagging along on this trip was that our accommodation was covered by Bobs work. We stayed at the Hotel Adagio, a Marriott hotel just a couple of blocks west of Union Square. We had two extremely comfortable queen beds, a fridge (on request) and plenty of storage space for clothes and cases. I’d definitely stay there again, and would highly recommend it. One of the takeaways from the hotel was their amazing bathroom mirrors. The mirrors are backlit and throw off AMAZING light that is super flattering. Naturally I became obsessed with the amazing light (perfect makeup application!) and found this one on Amazon (affiliate link).  It’s on our bathroom remodel plans!

One great thing about visiting any major airport the US is the transport options. Be it car hire,  shuttle buses, cabs, Uber or Lyft.  Day one and I was already experiencing new things because we took our first Lyft from the airport to the hotel. This was pretty cheap too, and super convenient. This trip was our first time using Lyft and I definitely recommend it over getting your own car in the city. San Francisco has Muni, an amazing public transport system so that is also an option for tourist locations (piers, parks, Golden Gate bridge etc). Seriously I never waited longer than 8 minutes for a bus! Definitely recommend. Plus it’s definitely an economical option at around $3 a fare. Muni has an app so everything can be purchased on your phone, or just use google maps to discover which bus you need and the timetable comes up. Easy! 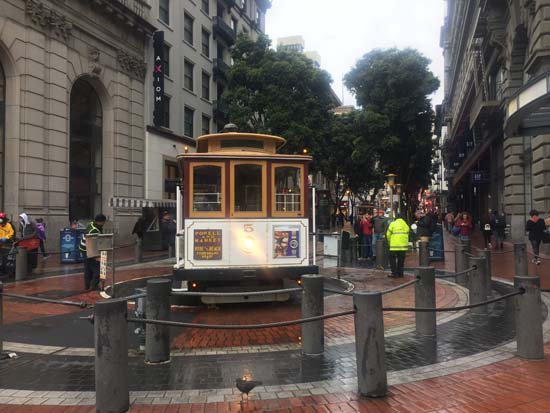 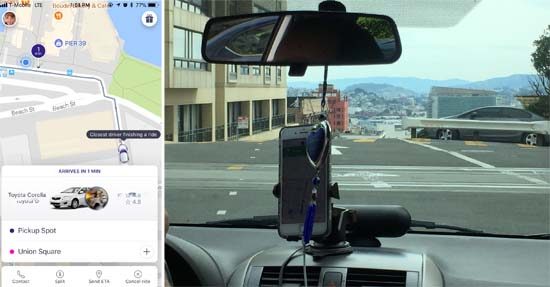 It’s been 20 years since I visited San Francisco. We stayed for a couple of days,  and I remember that I had a horrendous cold. Needless to say I don’t really remember a whole bunch about that trip. Obviously when you think of San Francisco you think of Alcatraz and the Golden Gate Bridge, but there are lots of places to visit. The aquarium, Pier 39, Embarcadero, Art galleries, museums, the academy of sciences, china town. Seriously so much stuff. Plus there are tons of other things to do malls, cinemas, bowling, ice skating, yoga studios, gyms, theaters and more. I took a ton of photos so I’ll be sharing more on the specific locations I explored soon. 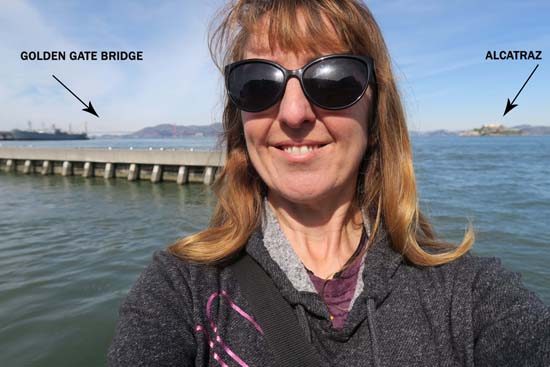 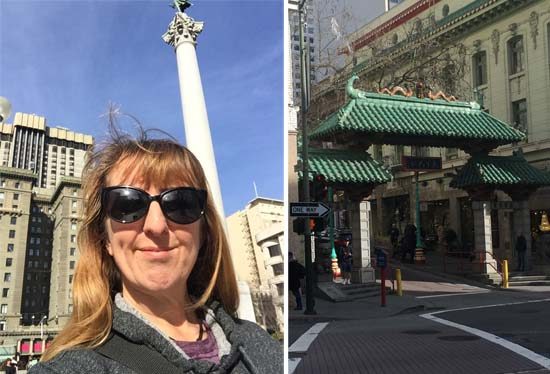 I had two things I definitely wanted to do: visit the sea Lions at pier 39 and go to the asian art museum. Both those were checked off on day 2 so what next? Exploring San Francisco alone I had the whole city at my fingertips so I hit up the muni schedule to check timetables and noticed something called a “city pass“. 4 attractions, plus 3 days of free travel for $89. The attractions were all places I was already thinking of going: Academy of sciences, aquarium, modern art museum, and a boat trip around the bay. At 50% off this sounded like a bargain. When I looked further I discovered I could trade in the trip around the bay for a trip to Alcatraz. I knew that was something I fancied so I bit the bullet and signed up. Definitely worth the $89 and I highly recommend for anyone visiting San Francisco. City Pass is also available in other major cities so it’s worth a look if you’re traveling! 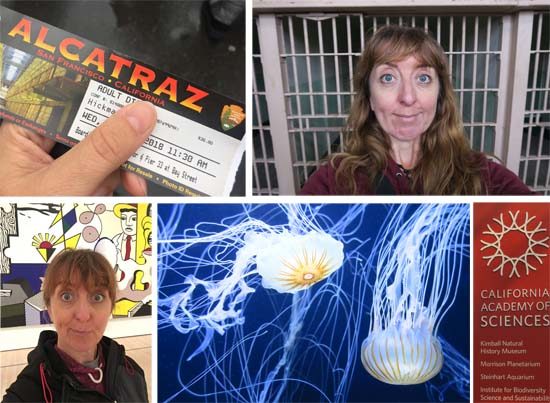 The disparity in income levels is huge. It’s super expensive to live there, so most live outside the major city. One thing we immediately noticed on day one was that San Francisco has a major homeless problem. It was weird staying near Union Square with high end designer stores on one corner, and homeless people on the other. While most of the homeless just sit with signs, a couple of times I did see some arguing (near China town) and saw one homeless guy peeing in a doorway. Plus on more than one occasion we smelled strong urine while walking around. Being wary of big cities is a good thing, not all places are good for tourists to visit, especially at night. Exploring San Francisco alone, or any other major city is so much easier with Lyft or Uber. Even more so if you don’t know the area. I highly recommend using Lyft, it was our first trip using it and we’re huge fans now. One night while going to a restaurant, we walked through a pretty dodgy area and vowed that after that we’d just get Lyft for anything ‘off the beaten track’. 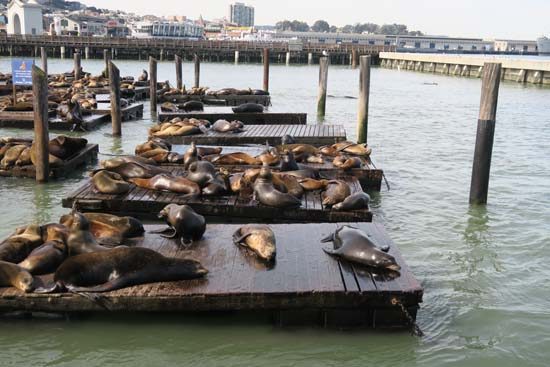 Smoke gets in your eyes

I’m going to preface this paragraph with a little disclaimer that I am a non-smoker, and where I live very few people smoke. There are also very few places where people smoke in public. As such it’s a HUGE shock to come to a city where it seems like 50% of the people smoke. And not just cigarettes. Multiple times a day you’d walk through a cloud of smoke only to be confronted with the skunk smell. No pleasant. If you have any respiratory issues (asthma etc) I’d advise a mask. In fact we saw a few people walking around with them. Initially I thought it was to ward off colds/flu now I’m thinking it may have been to avoid the smoke. Other things that get in your eyes? You’re hair (it can get windy so always have a hair tie if you have long hair) and rain! We had a real mixture of weather on our trip so layer up and have a waterproof jacket.

As a Pokemon Go player I did a little research before going to San Francisco on the state of play. I joined their discord group and asked a bunch of questions and discovered that San Francisco is Pokemon Go heaven. We had a gym I could hit from our hotel room, and my go+ never stopped the whole time we were there. Plus it’s an absolute Mecca for spoofers. As such whenever I went to a raid there were always lobbies available. In a week I gained 1 Million XP! That’s more than I earn a month! It’s a players paradise so exploring San Francisco alone did wonders for my Pokemon Go leveling.

My top tips for playing in San Francisco: 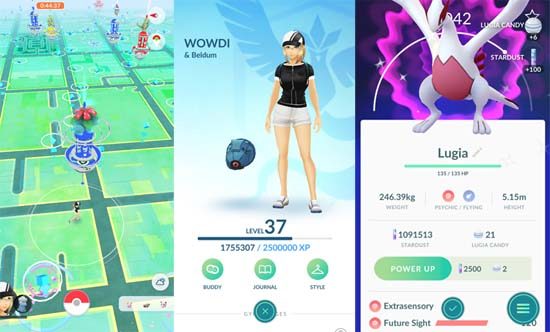 If you haven’t already, check out my post about all the yummy food we ate in San Francisco. In my next few posts I’ll share details of the locations I visited exploring San Francisco alone. I took so many photos that it’d be a shame to waste them with one quick post right? Coming soon… Alcatraz, Pier 39, The Aquarium of the Bay, The modern art museum, the asian art museum, and The california academy of sciences.