In December 2017 when I decided my guiding word for 2018 was explore, I really had no idea what lay ahead for me and how my word would impact my life. In all I took 5 trips in 9 months. I’ve said yes to new exciting opportunities and adventures,  explored new relationships and experiences and been more open to trying new things. 2018 has truly been a year of travel, adventure and exploration. As the the year comes to a close, I am struck by how this year is different, how I am different. Choosing one word to guide you through the months ahead can make decisions easy and change your life. 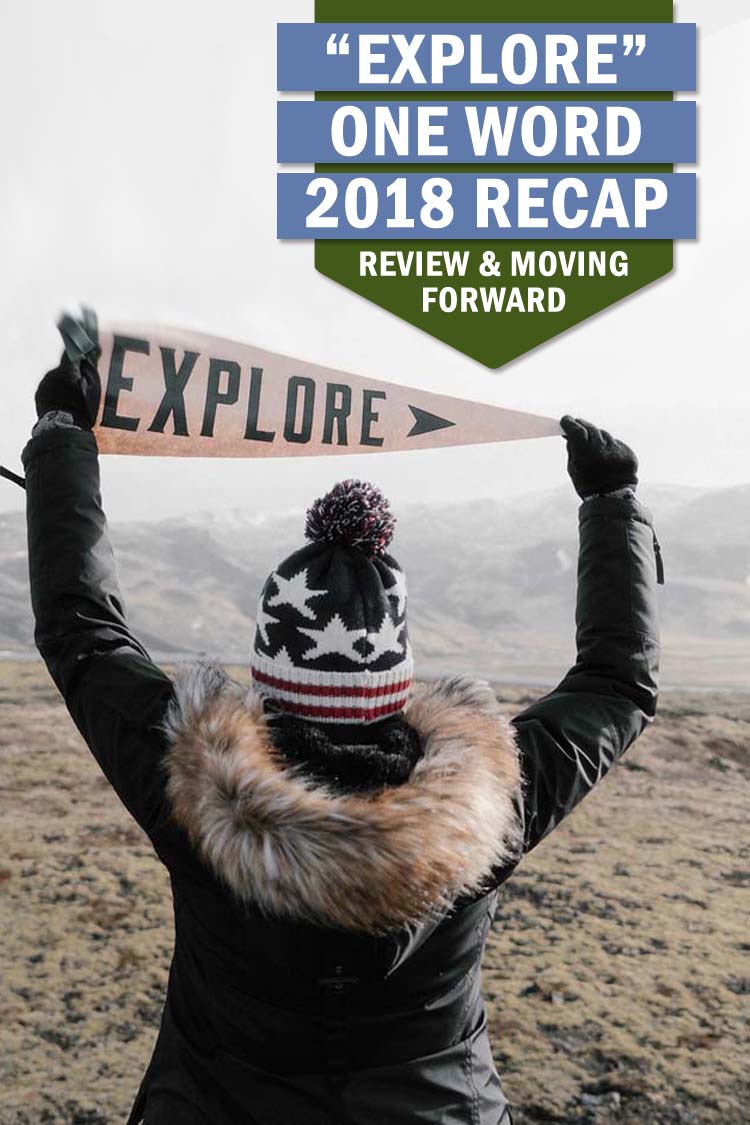 Why I chose Explore

For those not familiar with this concept, each year I choose one word to set my intention for the year ahead. Rather than having multiple things I want to achieve for the year everything gets encompassed into one word. Explore came to me in fall 2017 and seemed apt for a year of new discovery.  In October 2017 I stepped away from personal training and fitness and became a yoga teacher. I was exploring a new side of myself. Little did I know how much I was going to honor my word this year! 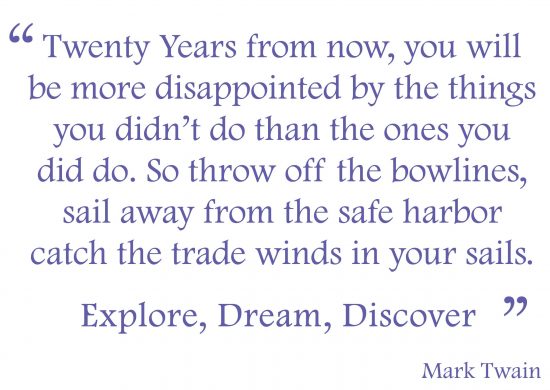 When I first heard the word explore I thought of unchartered territory and that’s how 2018 felt. Fresh, new, exciting and… terrifying.  Other aspects of explore are: Analyze; Examine; research; hunt; discover; journey; travel; enquire; investigate; study; question. While I let the words guide me to a certain extent I also knew I had a few goals in mind. For this year I wanted to travel, experience new things, and explore different aspects of myself.

As I mentioned I’ve taken multiple trips this year. During 2018 I’ve visited Oregon, San Francisco, Hawaii, Florida and England. In all I spent 57 days of the year traveling. Not including day trips locally. Travel really played a HUGE part of my year, and I absolutely loved it. 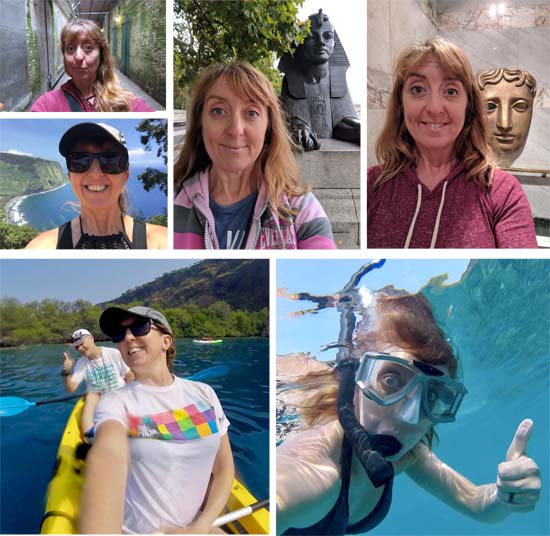 One thing I see myself doing more of in the future is travel. Perhaps not as much as I have this year, but planning trips and not being afraid of new adventures. Also, being brave and going to places alone. I explored the heck out of San Francisco, and Disney World on my own. In fact I’m eager to do it again!

During our travel to the UK we explored new ways to get around. Instead of hiring a car, we chose to utilize public transport. We even opted to take carry-on luggage only! We chose to do laundry, rather than deal with a large heavy bag on the train/buses. Honestly, it was liberating. We’ll definitely do this again! It made this trip different, new and exciting. 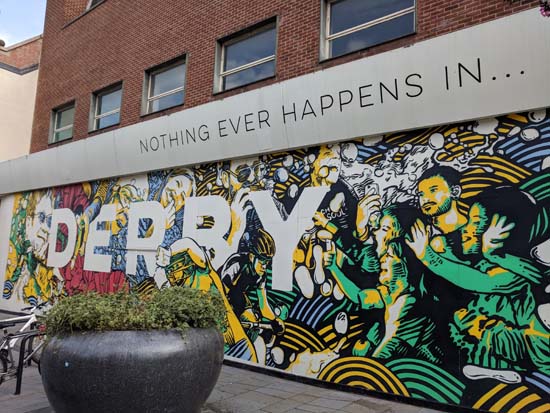 One of the things that really set this year aside was it being my first year ONLY teaching yoga. After 20+ years in personal training and group fitness I niched into yoga. I’m sure some people thought I was crazy, but let me tell you: I have LOVED it. Having only one format to research, prep, and plan for has been like a weight lifted off me. This has been the best decision I’ve made in my career in a long time, and I’ve grown so much as a teacher. 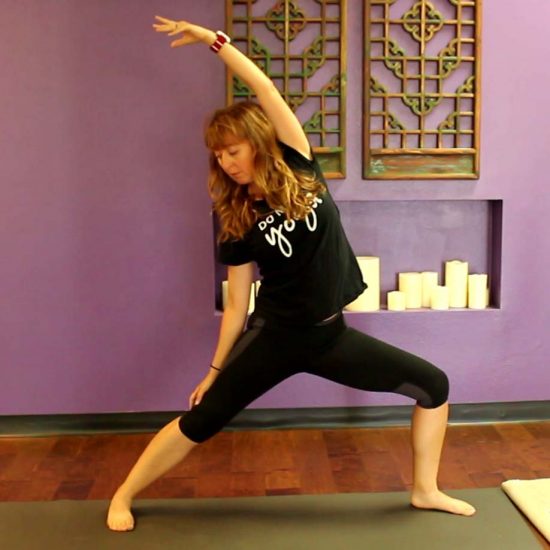 I presented my first yoga workshop, helped with 200 hour teacher training and discovered I have a major passion for educating others. During 2018 I completed my RYT300, and am now 500 hour compliant. While I will always continue to learn, knowing it’s purely for my own fulfillment rather than academic accolade is a new sensation. 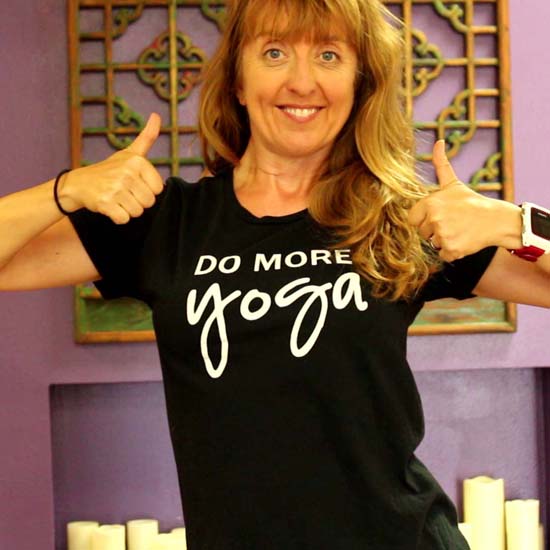 This year I rekindled a friendship with an old personal training client (Hi Maria!), and she became a yoga/AIM client. I went on a girls only spa day with a few yoga teacher friends, and got naked. I’m definitely no prude, but being naked in front of a bunch of other naked people was… new. For an introvert I think I handled it well. I’d definitely go again! I realize this overlaps with experiences, but that’s how things are, multi-faceted, and nothing really fits in ONE box. 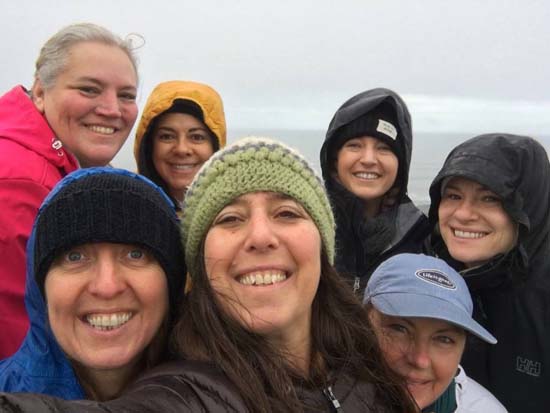 The Oregon yoga retreat was a new experience on so many levels. I was traveling with a group of women for the first time in a LONG time. During this trip, I also had to open myself up and be vulnerable. Not an easy feat for someone who has a fear of judgement, but I did it. Multiple times this year actually. It felt good. Allowing myself to be vulnerable is something I need to explore more.

Many years ago I used to be pretty creative. Playing with paper, scrapbooking and card-making, but the desire burned out about 10 years ago. Last year I made a personality board in yoga training and a fire was rekindled. At the beginning of this year I made a vision board and hung it in my home office. I let go of all the desires for perfection and space (as much as I could being a graphic design major) and embraced “just doing it”. 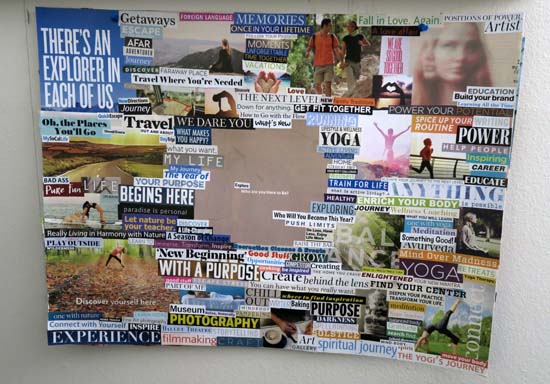 This year I also tried Junk Journaling and discovered I love it. When I was a kid I had a big Kraft paper book, a scrapbook of sorts. Along with memorabilia I would cut out news/magazine articles (ok, usually cartoons) and stuck them in the book. The junk journal was a deeper version of this and something I’ve really enjoyed. During the first quarter I added photo pages which really sparked my interest. It was just fun having NO RULES. I’ll be doing both a vision board and junk journal for 2019. I’m thinking about doing a video on the junk journal and vision board, so let me know in the comments if you’re interested! 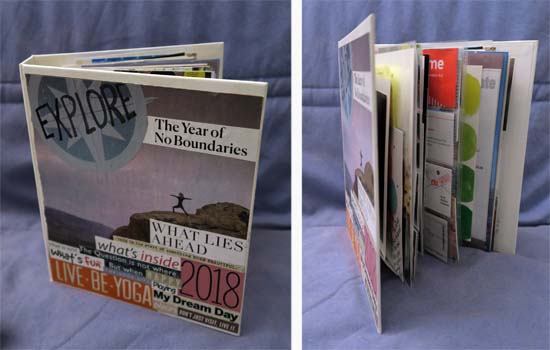 Exploring My Sense of Self

Probably one of the biggest things this year was exploring aspects of my personality, including confronting failure as an option. March saw me laid out with a debilitating back injury, later in the year I’ve been dealing with tendonitis in my foot. Nothing says failure more than a yoga teacher that can’t do yoga. Through this I’ve learned to listen to my body and work with how it feels on the day, rather than push through things.

I’ve had a couple of yoga teacher auditions this year, some went great, others not so much. These auditions have truly been a massive learning experience, regardless of the outcome. Through them I have realized what I truly LOVE to teach. In 2018 I’ve subbed a lot for my mentor, Jeni at Yoga Nook, and realized that educational classes and experiential yoga is what I really love to teach. Edging away from the traditional format of yoga and working with bodies, not poses. This kind of yoga isn’t really “mainstream” yoga. That’s ok. I am ok with being an outlier, because I’d rather stay true to what my passion is, than conform to a traditional style of teaching. Big self growth lesson for the year.

One thing I learned from being vulnerable this year is that I have a fear of judgement, and yet a desire to be noticed and accepted. Despite not wanting to care what others think, my brain is constantly churning portraying me in a less than favorable light. Something I definitely need to work on moving forward is “squishing the ANTs”. If you haven’t heard of ANTs before it stands for Automatic Negative Thoughts, and unfortunately for most of us it’s the first place our brain goes to. Through some self work, I’ve become aware of anxiety and ANTs in my own behavior. This is something I want to change.

Multiple times this year I felt like I wasn’t moving forward, and had a couple of periods with feeling stagnant, almost heading into depression. Honestly, I get this way when I’m not striving towards goals. And after finishing the RYT300 I had checked off my goals for the year and it was time to reassess. I got lost in a sea of “perfection” and “too many ideas”. That instead of starting something and allowing it to be imperfect, I chose to instead do nothing. This lasted about 3 months, and it’s only been during the last few months of 2018 I’ve pulled out and started to embrace the small steps. It’s actually something that’s influenced my word for 2019. But more on that in another post….

3 Ways to stop slipping on a yoga mat
Next Post: My One Word for 2019 – Progress