We’ve been trying for ages to get out in the RV again, and out to the desert on the dirtbikes, so after failing in March we were finally able to get out last weekend. Thursday night I finished work and we pretty much ate, finished loading the RV and headed straight out to the desert 🙂 Fun times ahead! Bright and early Friday morning we woke to this… 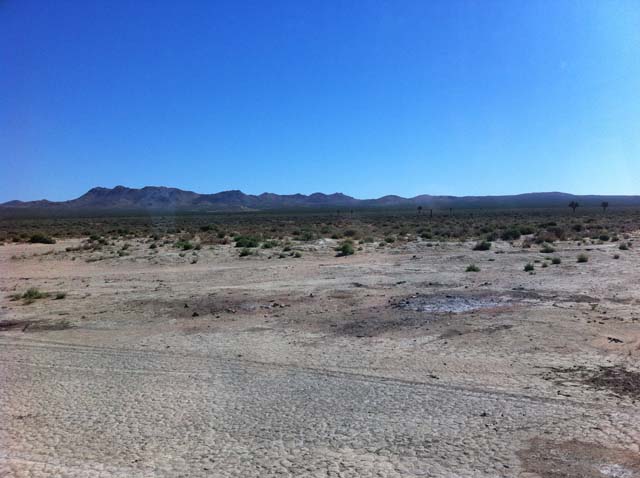 Beautiful huh? We love this place, just so stunning! Being in the RV is the best way to enjoy this place, at a 2+ hour drive it’s not to be sniffed at as a day trip (though we have done that too) but the convenience of bathrooms, cold drinks, warm beds and having the snuggle monsters close by is so awesome! Snuggle monsters loved it! Sky finally seems to be accepting the RV as a second home. On previous trips she refused to eat, this trip she ate on day 2 🙂 Progress! 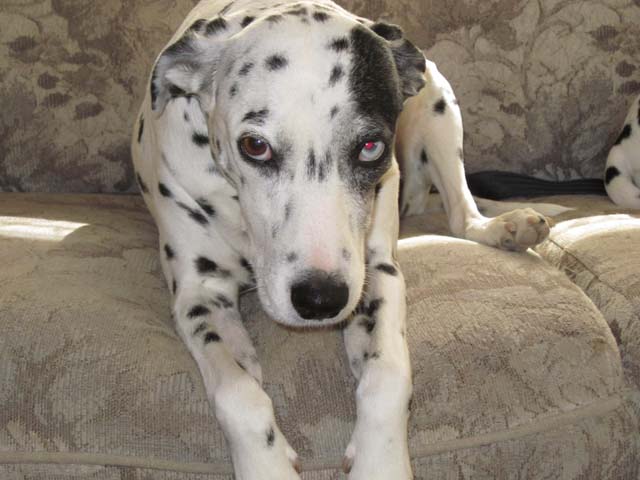 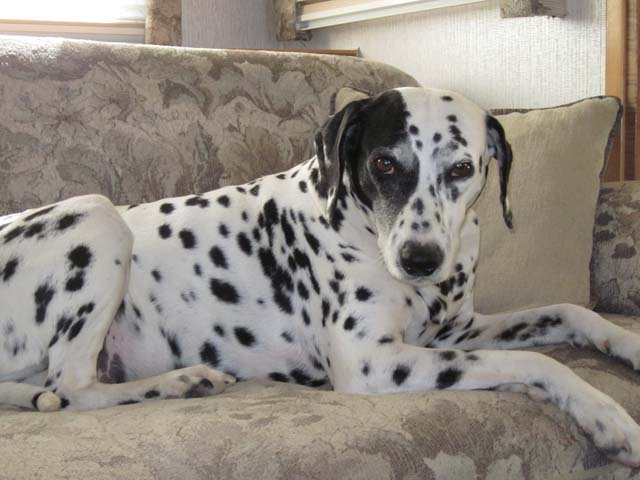 Of course the reason we come out to this location though is the RIDING! We hired a trailer and hitched our bikes on to haul out there. I’ve been riding 4 1/2 years now and currently ride this beast, a Honda CRF 230F 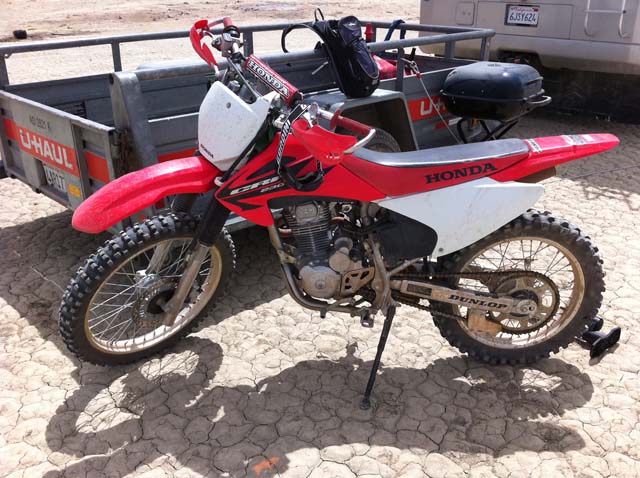 Bob has been riding a LOT longer than me, and currently owns a Yamaha and a KTM. For this trip he opted for the KTM 🙂 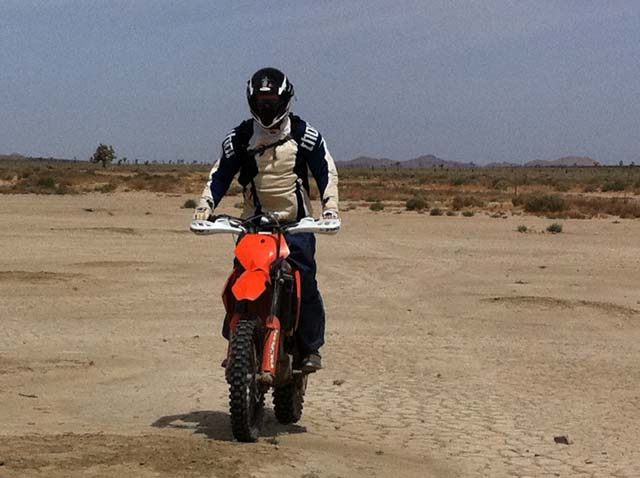 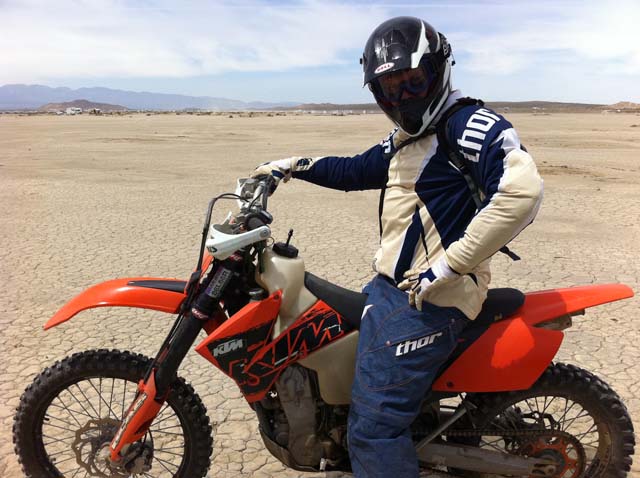 As you can probably see the campsite is a dry lake bed called El Mirage. The weather was great for the most part, though the winds were pretty fierce, especially late afternoon and early evenings, which made walking the dogs a bit of a chore. The dogs were resembling Dumbo at some points, we were afraid they’d take off 😉 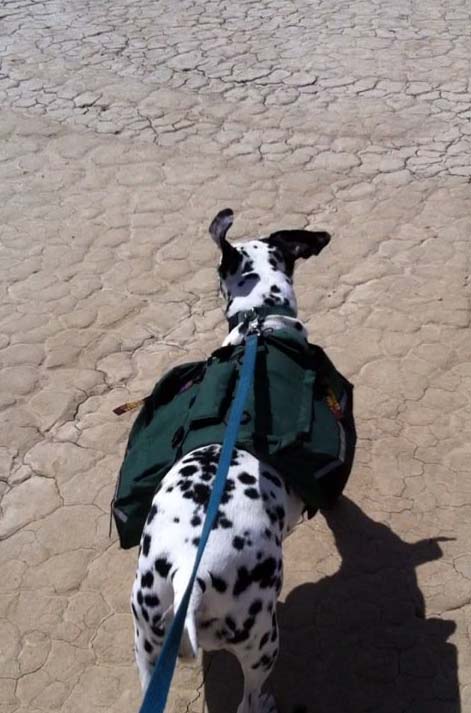 Part of the lake bed was closed for speed racing but we had some good riding time on Friday and Saturday, then on Sunday decided to go do a little Geocaching 🙂 We mapped out a few local cache sites and headed off on the bikes. The terrain here is a mixed lot. You can stay on the lake bed for some flat easy stuff or head out onto the trails (and caches) which are sometimes dirt but mostly sand. I have to say though that I was actually dealing with riding on sand a lot better this trip, usually I hate sand! After we were out on the trail we had a few stops before we found out first cache! 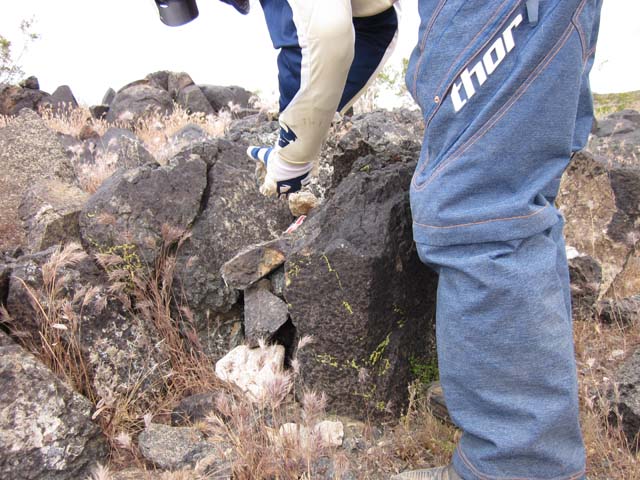 This was the “desert dogs cache” and it wasn’t that easy to find, hidden under some rocks. Good sized cache though. Signed the log, took some pics, had a little look around at the local scenery and then moved on to the next cache..

we never got there!

Because I crashed 🙁 ….. hence GeoCRASHING 😉

As with most crashes it happened in the blink of an eye, and I have no idea WHAT was the cause, but I just know that one second I was on the sandy trail heading into a corner, the next I was off the trail bumping over rocks! Thought I could save it but the bike got away from me and I ended up grabbing the throttle (a’la James Stewart!) and then knew it was over. So I just bailed before it ended REALLY badly! As it was I got up pretty banged up 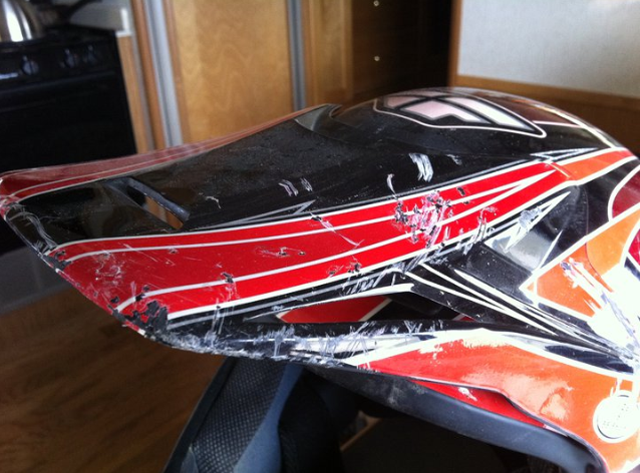 Yep that’s my helmet. The visor broke off on one side and lots of lovely scratches from the rocks. My main concern though was my side. I landed hard on my left side. My shoulder hurt but that was nothing compared to the pain in my waist, I felt winded and pain. Bob righted the bike, eventually got it running again and we rode back to base. Remember we were out in the middle of the desert! There was no easy way back! Once back to the RV we decided it was time to pack up camp and head home as I discovered I was urinating blood! Not good! A long drive home and then… 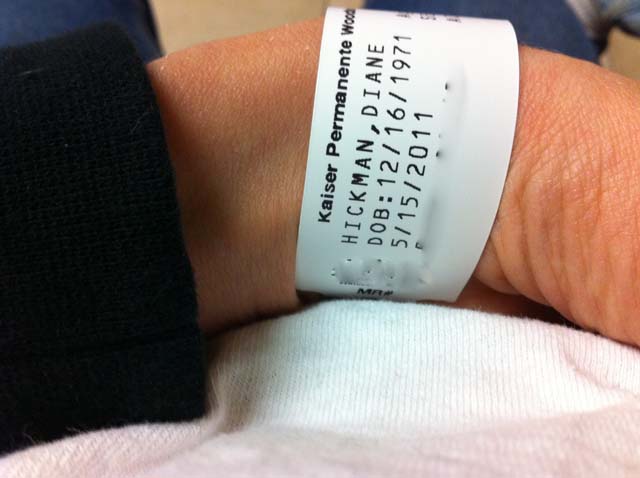 A trip to the ER, which ended up being an 8 hour stay! Waiting for doctor, then waiting for tests (had CT, urine and bloodwork). They did give me some meds for the pain and I had to drink two of the barium drinks for the CT scan too which was almost 2 hours of our ER stay while that went through my system! 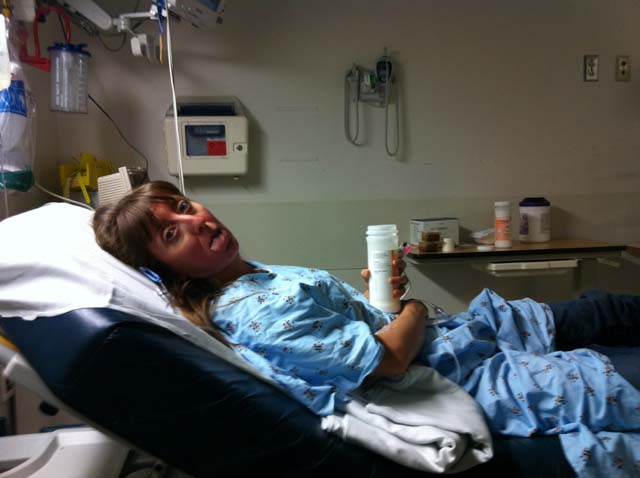 No lasting damage, thankfully, just bruising to core muscles. The blood was from my kidney cysts bursting (remember I have polycystic kidney disease) and so the doctor gave me antibiotics and pain meds. This has been one reason for not many updates on twitter and facebook this week, I’ve pretty much been out of it. The meds made me sleepy and nauseous so I’ve been out of action all week, no work 🙁 And the doc said no riding for at least a month!

The terrible thing is I’ve had a week off and basically done NOTHING all week 🙁 that sucks! I really slept through Monday and Tuesday. On Tuesday I stopped taking the pain meds as they were really upsetting my tummy and since then I’ve been better, at least able to watch tv etc even if I couldn’t move well. Thankfully I am now on the mend, and getting back to normal. Still sore but should be able to return to work on Monday 🙂

So there you have it, camping, biking, and geocrashing 🙂