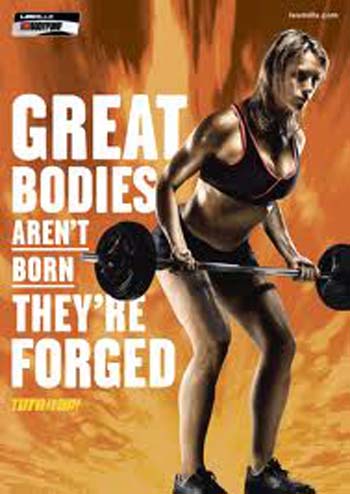 Ok it’s been a few weeks since we launched BodyPump at Golds Gym and I didn’t post the playlist because I forgot, as I was nursing a poorly pup at the time. Sky really wasn’t well the first week or two of the year and I subbed out the launch (my first time in 3 1/2 years!) as we weren’t sure she would make it through that weekend… luckily she did, and seems to be bouncing back to her normal self! We’re taking it one day at a time though, we understand she’s 14 now and we’re into her geriatric years. However better late than never, here’s the playlist for BodyPump 92!!! 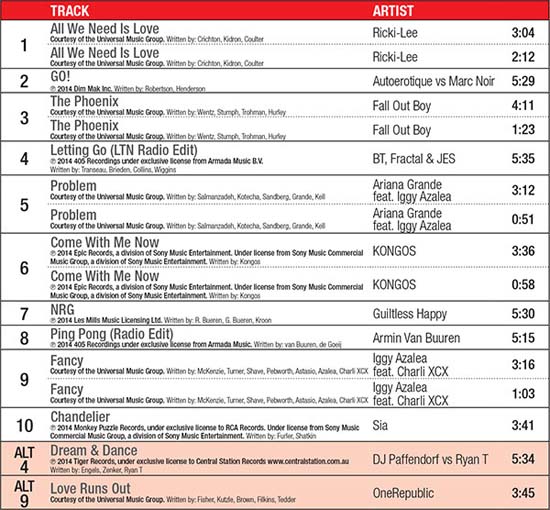 I have to say that I wasn’t thrilled with this release initially but it grew on me. The music really wasn’t my favorite, too many instrumental tracks and techno style tracks. I mean how can I sing during class if there are no lyrics??? lol! Now not all the tracks grew on me, and there will be a couple that I will most likely never use again… but in all a better release than we’ve had recently. The combo in this release was a challenge in the chest track. The full playlist is available on iTunes

For me this is one of the best warm ups in a long while. I like the song, it goes well with the choreography AND the lyrics “from the ground up” kinda goes with the theme of the featured combo in the squat, chest and shoulder track. Thumbs up!

Urgh, I don’t hate the song, but it’s not a squat track… too instrumentally for a track where NOTHING happens. I’m tired of back squats, I’d like to see the plate press squats here, or front squats… something to break up the boredom. Hate the song, don’t like the choreography either. Gone after two weeks!

Probably one of my favorite chest tracks. Here the combo works well! Great song (remember it from CXworx a few releases back) and good choreography. I generally don’t like the top “pulses” but these work well in this track!

Again horrible song. Hate all the pauses, shoulder rolling and it has a disconnected disjointed feel to it. I love the idea of adding throughout the track but the song and breaks in choreography just make this a #FAIL for me. Pity because it could be a great track if different song and without the rolls and breaks.

Though I’m not a huge fan on the pullover or pulses I like this track. It really works the triceps well. However my only complaint is the two sets of bottom halves. Repetitive for overload but boring! Second set needs changing to dips or SOMETHING else other than seated overhead extensions.

Again not a fan of the weird breaks, but I like the song overall and I like the choreography. This is one that definitely took a few times to grow on me.

This one has been hit or miss with my class members. I like coming back to the same leg for a second time with the lunges but stepping intos squats for FOUR reps seems redundant. Sometimes they are sacrificing the workout for the sake of keeping with the music tempo and this is an example of that. I use the bar and it’s a challenge, but maybe something with a plate squat for the 2nd lunge set would have been better? Plus the song is a little… flat for that many lunges, even with a fun combo.

Blah song again. No lyrics. No singing. No magic. I like the push up combo, I didn’t like the kneeling rotator raise but 7 reps was ok. I do like the superset effect though, those shoulder tracks are my favorites. In all ok choreography, fits the music nicely but ‘song’ is boring.

Firstly I like this song, but it’s an edgy stretch track, not core. Plus the choreography is awful. Too much going on, with the slow legs, the leg/crunch combo. Not so much the movement but the short rep range. By the time the participants ‘get it’ you’ve moved onto something else. This was one of my complaints with Cxworx which this is reminiscent of. No, just no.

Again I like the song, but holy wow it’s boring as hell. The class just had a so so song for the confusing abs and now we get to lull them to sleep with Sia. I for one prefer something melodic but slightly upbeat. I want to finish on a HIGH not feel like I want to take a nap. For me this stretch song is not gonna get played again, though I may put it in my yoga class!

Have you tried BodyPump 92? What did you think? Let me know your favorite tracks, thoughts and comments below 🙂

cleans up the songs themselves and so the originals may contain adult language.