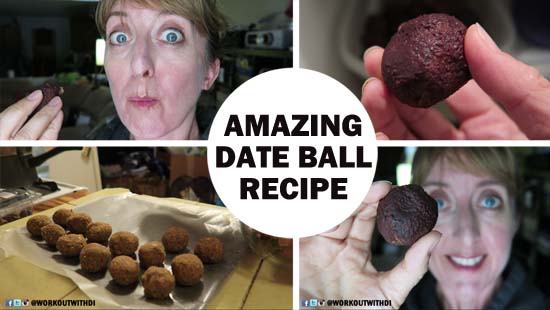 I made these little protein balls using a blend of about 3 recipes I’d found online. I don’t like artificial sweeteners or added salt so I nixed those immediately, and what emerged was a mix of ball recipes that I am calling AMAZEBALLS! As my hubs always says “You can never just follow a recipe can you?”. No! Apparently not 😉

These little balls were made last week. I knew I’d found a winner immediately when hubs ate them, and liked them! Though he did say they were a little too sweet and too coconutty for his tastes, however that didn’t stop him eating them :/ I took a few to class on Sunday to eat between combat and cxworx and the class members went wild for them, so here is the recipe gals as I remember it:-

option: chocolate, hemp seeds, coconut to roll in and ‘coat’ the balls. 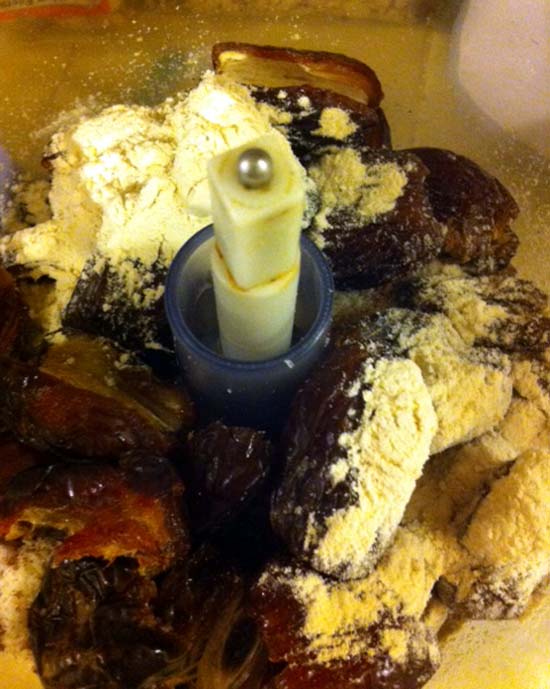 The dates add enough sweetness I don’t think it needs anything else. If you don’t have almonds/cashews I think any nuts would work! That’s the beauty of these balls. I plan on making some with walnuts, peanuts or whatever I have on hand. Thinking some seeds would be good too! Maybe chia, hemp? Figure there are no rules right? It’s a messy mush of nuts and dates? How can you go wrong? 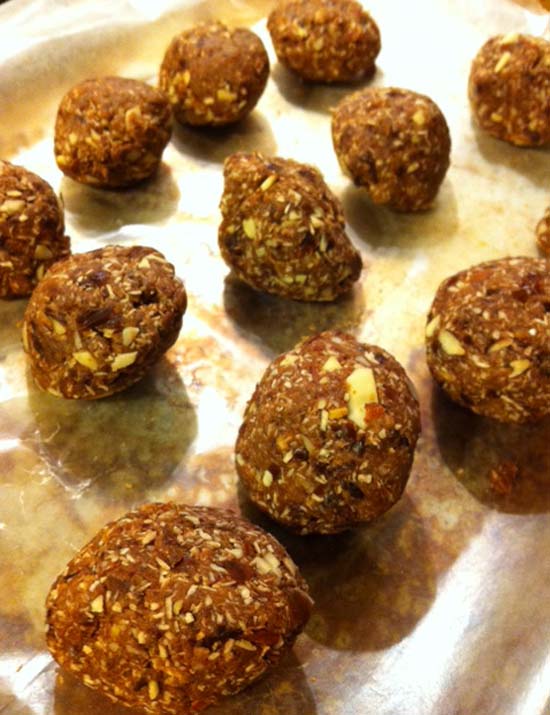 I put wax paper on the baking sheet as one of the recipes said this helped, but I don’t see a problem with these sticking to the baking sheet. They WOULD however stick to each other! So leave room around each ball until it “sets” in the fridge. My balls were around the size of a golf ball I the ingredients above made 14 balls. Next time I’d do them a little bit smaller to get 18 instead. Sometimes 1 was too much, other times not enough but two was too many. Smaller balls!

Why am I calling them amazeballs? Cos they are amazing 😉 Plus it sounds much better than hubs suggestion of “protein bollocks”. Which if you don’t know bollocks are they are “testicles”. As with nearly all English words it has multiple meanings but hubs was referring to the shape 😉

Although I LOVE these amazeballs I’m still going to try playing with the recipe ingredients, life would be dull if every batch were the same right?