This post is inspired by an article I saw last week on NBC news and I thought I’d add my twist to. The article listed their fitness fails which included Pole Dancing, Yoga Mash ups, and stiletto workouts. The article had some great points and I thought to myself “Self, that’s a great idea for a blog post”! So here are my 5 workouts that need to just slink off into fitness mediocrity in 2014. 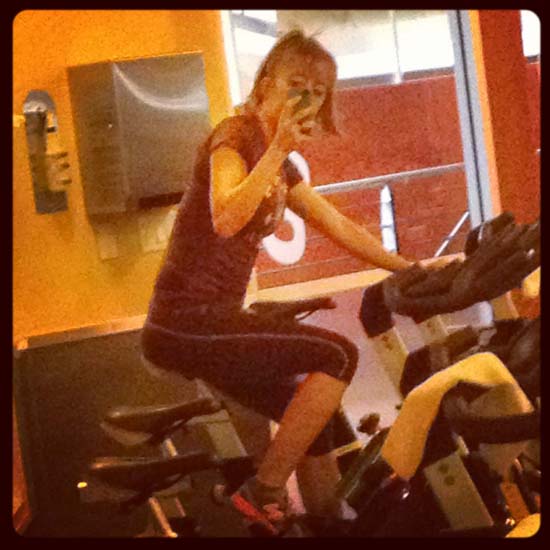 The above mentioned NBC article mentioned yoga mash ups, but one of my pet peeves is the current trend for spin & sculpt type classes. I’m not talking 30 minutes of spin then off the bike for 30 minutes of weights. That would make sense after all… no I’m talking upper body resistance training whilst ON the spin bike. Spinning WITH weights = INSANITY!!!! Push ups on the spin bike, despite being pretty worthless as resistance training, are just plain stupid. If you want to do push ups GET OFF THE BIKE and onto the floor. You want to do some shoulder presses? GET OFF THE BIKE. The bike is NO PLACE for hand weights!!!

Most spin instructors worth their salt will tell you that proper bike set up is priority #1. So many people with the wrong bike set up, leading to bad knee tracking and posture on the bike. You then want to add weights to this equation? Let’s also remember that the weights used are ‘dinky’ hand weights usually with low resistance (max 5lbs) and high reps. DO NOT get me started! Here is what Spinning.com says about the matter

The following movements are unsafe on a Spinner bike:

1. Using weighted equipment while on the bike. Lifting weights on any bike is ineffective and unsafe. Weight training is most effectively accomplished when your body and core muscles are stabilized. This is difficult to accomplish at even the lowest recommended training speed of 60 RPM.

For other contraindications you can go to their website, you may find some that your spin instructors are doing! Now you know better 😉  Sure you may think it’s killing two birds with one stone right? When in actuality you get a half-assed workout because you are doing neither exercise discipline effectively. Decide what you want: resistance training or cardio? Spin is cardiovascular training, put the weights down and give 110% to the training you are supposed to be doing! If you have the energy to be messing around with handweights ON a bike then you aren’t working out hard enough on the bike. Add resistance! another pet peeve for another day! One rant at a time Di! 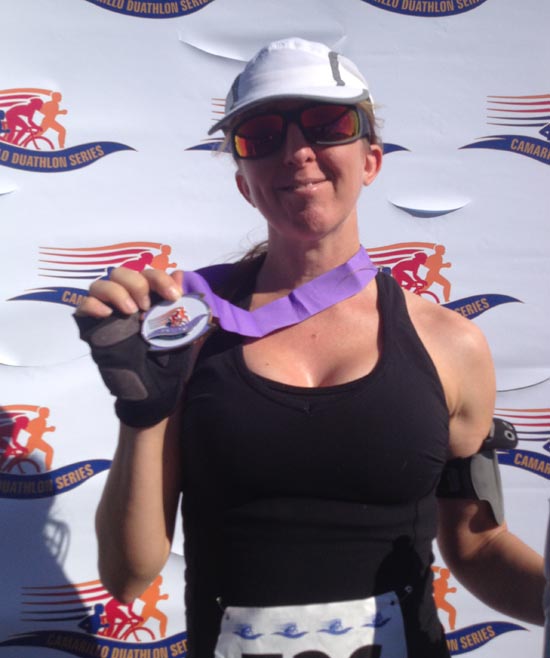 Whilst I’d probably enjoy an army assault course type of event it’s not a race and it’s not something you should all set out on at once. Plus even the army knows better than to play with fire or electricity on their courses! What does jumping over fire have to do with fitness? NOTHING. In a real world situation I’d be running the other way rather than TOWARDS the damn fire!

It seems like these races are getting sillier and sillier and people are not only getting hurt but DYING at these things. Speed and water jumps do not make a good combination. Jumping into pits of freezing cold with 100 other people is NOT a good thing. Some of them are called “death races” not ironically but because people HAVE DIED doing these stupid things. What happened to running a race, getting a time, then wanting to beat that time? If you want to jump over things, crawl under things etc then do an assault course or go circuit training where you are in a safe environment. The issue is that injuries, which include paralysis are rising from these events yet the fitness aspect seems to be lacking.

I get it, it’s a challenge. BUT the fact is that it’s something that should be done with a maximum of 20 people on the course at a time, not 1000’s!!! The more people you have at an event the more you have to think about safety. Having 20 people jump off a wall into a water pit together is an accident waiting to happen. Maybe I’m just cynical but I don’t see how this is about fitness?

Now the NBC article touched on this one but I want to take it a step further. Stability balls have their place, great for rehab, and there are some great exercises that can challenge anyone. Yet people seem to take that to the extreme and want to go back to being a two year old on a space hopper! We’ve all done it. We all spent our first 5 minutes with a stability ball rolling, sitting and bouncing on it! It’s human nature but unless you’re training for Cirque du Soleil don’t do this regularly!

I actually saw someone holding an isometric “squat” ON TOP of a stability ball, whilst trying to do bicep curls. Yes it was one of those moments you double take, cock your head inquisitively to one side and go “what the fuck?” (In my head, I hope!) Yet I couldn’t look away in case he did fall off… then I realized I wouldn’t be running to help him I’d be on the floor laughing my ass off too incapacitated to help, so quickly walked away giggling to myself. STOP THE STABILITY BALL STUPIDITY! Maybe this needs to be my campaign slogan when I run for president? 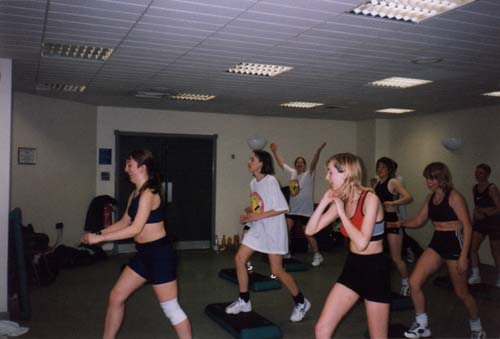 I got my first certification in the 1990’s so that tells you that I’m a fitness child of the 80’s. I did the Jane Fonda era before getting certified. I’ve done all the now-contraindicated moves of fitness days past. I’ve educated myself and I’ve done a LOT of workshops, conventions and certifications over the last 17 years. One thing I’ve seen is the complex choreography is killing the workouts. I get it, there will always be the part of people that wants to dance. I used to teach step, with the mambos, the hop turns, and “tap-free step” to make things especially smooth. What I noticed? The actual workout suffers. It’s like I said for Zumba (and related workouts) if it’s something you enjoy and it gets you moving then great but there are BETTER things you could be doing. Complex choreography is great for experienced fitness enthusiasts as a break from boredom, but you wanted a workout right? You want to get better? Have health improvements? Lose weight? Choreography isn’t gonna get you there!

I’ve seen classes with choreography where people are facing the wrong way, doing the wrong thing, or just plain so frustrated that they leave. The was an old acronym that suits my point here KISS. Keep it simple silly! My most popular step class was interval style. A holding pattern of basic step for recovery interspersed with high intensity moves to raise the heart rate. Nothing fancy, nothing crazy, modifications offered and NOBODY was lost because there was no ‘beat”. Yes there was music but you chose whether you used it. The important thing was to finish YOUR interval, not that you were on the beat, facing the right way and doing the same move as everyone else.

I do see less choreography these days and more a focus on TEACHING and SAFETY which is great but it’s something for the dance class people especially to be aware of. If you have a song that requires complex choreography or move that needs breaking down and modifications offered are you doing that? Because in the dance classes I’ve been to they aren’t (Yes I’m hating on Zumba again!). Hell you’re lucky if they tell you what move comes next. Harder choreography does NOT equal a harder workout 🙂

What is the definition of failure when relating to exercise? I’ll tell you, it’s when your form goes to SHIT! That is failure! It’s not getting an extra few reps by thrusting the hips through arching your back and basically giving yourself a herniated disc along with looking like an idiot. Form is everything! I say this to my clients and class members all the time FORM FIRST. Without proper form you are setting yourself up for injury in the long term. It’s not worth it. There is a HUGE difference between say an elite athlete occasionally compromising form for a PR 1 rep max, and Joe Bloggs going into the gym 3x times a week with crappy form on every rep. Form is taught by repetition. You learn to do something wrong at a low weight and that pattern will stay with you as you progress up. Learn the correct form and STAY WITH IT… sure increase the weight when applicable but if the form isn’t there then should you be doing it?

I always say after classes “If you have any questions, please ask. If you aren’t sure you are doing an exercise correctly, ask! or if you need a modification let me know!” I mean it. If you’re reading my blog and wondering if your form is right, ask me before/after class. I’m always around for 10 minutes so grab me and ask me. I’d rather you ask a stupid question than end up getting injured from doing something incorrectly!