Well it’s been a long time coming but finally I got the chance to get back on the dirtbike Tuesday! For those that don’t know I’ve been riding dirtbikes a few years now and last year had a pretty crappy crash during our last day at El Mirage. I came off the bike hard, landed on my left side, and the bike was pretty beat up. Unfortunately with my work schedule it’s been tough getting time to go riding (knowing the consequences now especially!) but I finally got chance to get out and get that monkey off my back. As they say – if you fall off the horse just get back on!

I mentioned on facebook last week that I had ended up with Tuesday 16th off work, a rare occasion but it happens 😉 Bob took the day off too and my friend Eliza suggested a trail ride. It had been long enough and the seed was planted. So with some maintenance over the week we decided to head out to our nearest off highway area which is Rowher Flats (half way between Santa Clarita and Palmdale). Tuesday morning we loaded up the bikes and headed out! 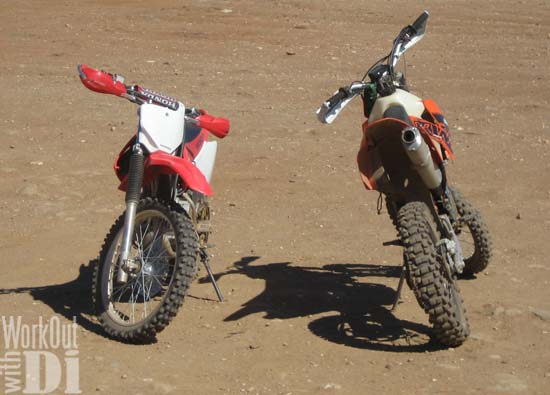 Mine is the Honda, Bob has the KTM

Our day didn’t start that well as Bob noticed he’d left some pipe thingy at home (not the technical term obviously, I have no idea what the part was!) and it was sitting in the hallway at home. We persevered though and got out for our first ride. I have to say I was a little cautious. Took me some time to get my head back in the game. We travelled along the “main dirt road” to staging area 2 and 3. There we had a quick break, talked a little then decided to head to the truck and then head out on a the fire road trail up to the top of the mountain. However this is when Bob had problem #2 and his electric start decided not to work. Thankfully he has kickstart also so he kicked his beast back into action and we were off. A quick stop at the truck and then off up the mountain trail…. however problem #3 decided to ensue and my bike wouldn’t start. It only has an electric start so slight issue! Bob bumped it and we were off up the mountain!

The trail was rockier than I remember. My bike just wasn’t sounding or feeling right, but it had been a while so I figured it was partly that. I’d lost a lot of confidence on the bike after that crash last year. It was worth the journey though as the view from the top is just awesome! 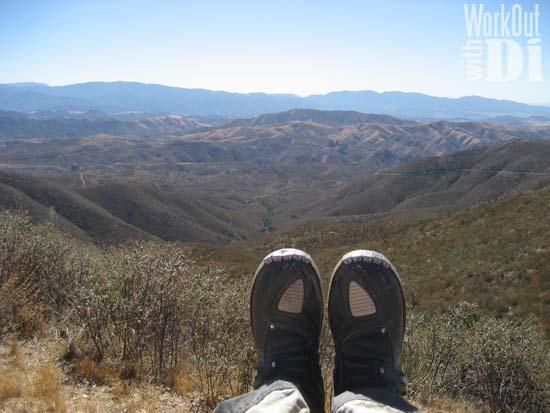 These boots were made for dirtbikin’!

I told Bob my bike didn’t feel right, lots of “phut phut” noises (I’m descriptive what can I say!) and it was bogging down despite the revs and so he took it for a little spin to check it out. Yep it needs some maintenance! He thinks it’s the carbs that need cleaning or something 😉

He looks funny on my little 230cc bike! Looks tiny on him, but it’s HUGE for me! 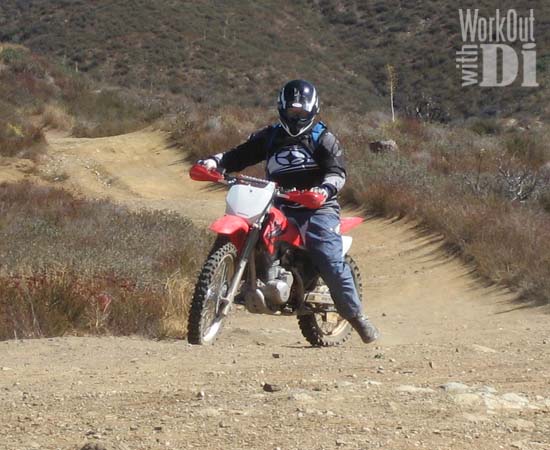 It was pretty exhausting work getting up and down the mountain after such a long break from riding. Plus is was the middle of the day, and out in the desert. Bob got sunburned on the back of his neck. I was just hot! All the protective gear, plus the boots, the helmet. Stifling! 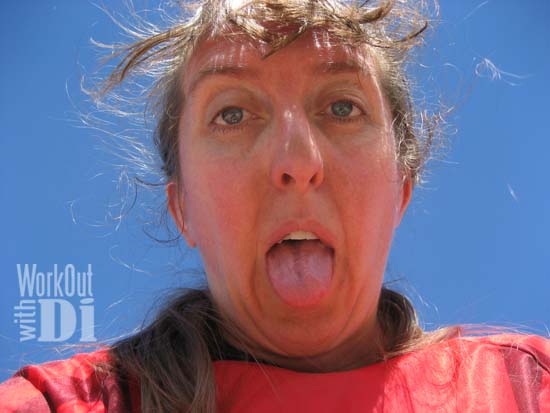 We got back down the mountain, chatted to our friends, packed up and came home. My hands were cramping from holding the bike (hard not to hold on tight when you fell off before. However it’s counterproductive. The ride home is always fun, we’re always chatty and happy on the way home. Amazing what some good clean air will do! 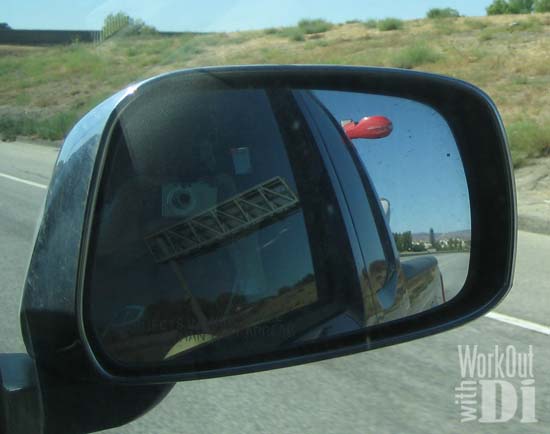 Then it was home, pack away and beer! We had a little nap late afternoon followed by a well deserved shower and dinner out! Fun day, tiring but I got out on the bike and back on with life! 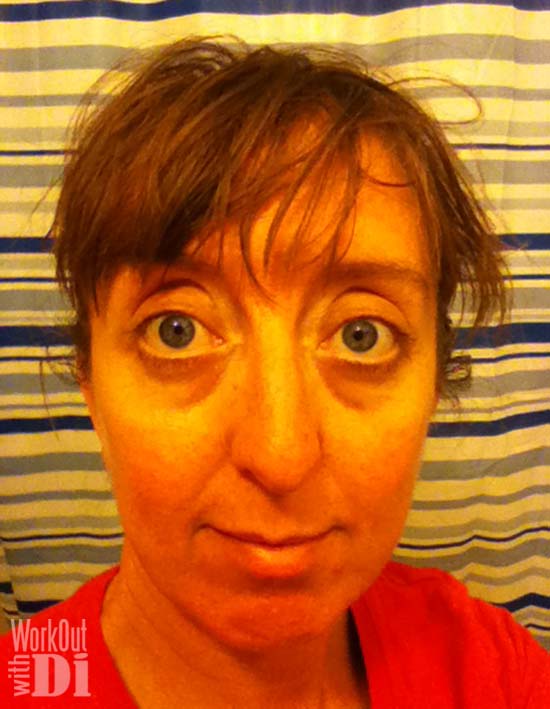 I look slightly cross-eyed in this pic, just tired!!